First Our Trees, Now Our Oil? 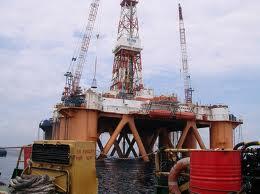 Having stripped Sarawak’s forests bare it seems Taib‘s timber tycoons are moving in on its oil reserves.  Insiders were alerted by a low-key Singapore stock market announcement on January 6th, saying that Rimbunan Hijau are expected to ‘inject’ more oil field assets into their subsidiary Rimbunan Hijau Petrogas.  The suspicion is that these oil fields have been granted in the shallow waters of Sarawak!

The announcement was made by the stockbrokers Kim Eng, who are selling new shares for Rimbunan Hijau Petrogas.  They are priced $0.82, based on “a conservative valuation of the company’s oil field assets” and the brokers hint that the price is a bargain becuase: 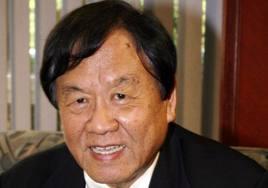 So how could the billionaire tycoon boss of the Rimbunan Hijau Group, Tiong Hew King, one of the Chief Minister Taib Mahmud’s key business cronies laid his hands on Malaysian oil field assets?  Till now all the country’s oil fields have been controlled by Petronas, which has done deals only with major international oil companies.

Yet there were reports of hints at the end of last year that the Government would start to allow local companies to start to exploit the so-called ‘marginal fields’ that the major companies have not tapped.  Many of these marginal fields are in the shallow waters of Sarawak and this would give power over the granting of these licences to the Chief Minister Taib Mahmud.

Tiong is already one of Malaysia’s top ten richest men as a result of his exploitation of Sarawak’s timber, thanks to the numerous concessions handed to him by the Chief Minister.   He has also been at the forefront of the rush to gain oil palm concessions.  Just this week it was announced that the Sarawak Mosque Welfare Trust (Lembaga), a major palm plantation owner, has transferred its assets to Tiong.  The Chairman of Lembaga is also the Chief Minister, Abdul Taib Mahmud.

It therefore seems only too likely that Taib has now also approved the granting of the previously protected oil concessions to the same key crony.  Wouldn’t all Sarawak love to know what percentage of the deal is owed to Taib himself?! 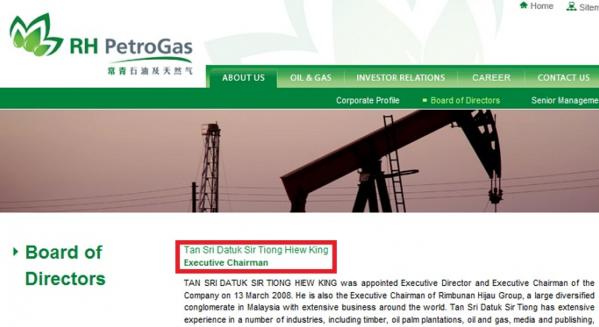 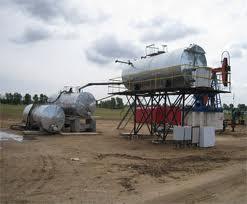 Cutting edge? RHP already has concessions in Papua New Guinea, an area where its loggin activities have been notorious

The marginal fields are risky ventures but are still worth billions of ringgit to those people who know where the best oil reserves are.  Information has come to Sarawak Report that former Petronas data executive is providing just such consultation advice to Rimbunan Hijau, after having moved to Murphy Oil which is a US company which also specialises in exploiting marginal oil fields.

Murphy Oil has turned itself into a $20 billion company over the last 5 years with the assistance of such valuable data advice say the experts and now Rimbunan Hijau is also benefitting from the same confidential information about Sarawak’s precious remaining resources!

Start of an oil rush?

If the Federal Government has indeed quietly relaxed its rules on the granting of marginal oil fields and Taib has acquired the ability to hand out such licences then Sarawak can expect a rush of similar deals as Taib’s other cronies set about sucking dry our oil reserves in the same way they took all our timber.  With such inside knowledge these companies could move fast and take all of Sarawak’s valuable resource in just a few years. 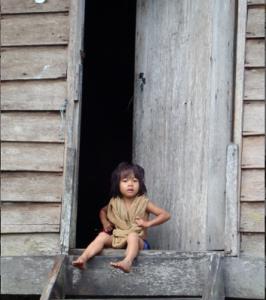 They have taken the trees and now they are after the oil. But how will it benefit the future of this little girl?

Sarawak is already heavily exploited by Malaysia for its oil.  Only 5% of the profit from what Petronas extracts  is allowed to remain in the State, the rest all goes to the Federal Government and West Malaysia.  This is the deal that Taib has agreed with his BN political colleagues.  Now if he has got control over handing out the shallow water licences the people of Sarawak have to consider how much of that profit will be spent on the needs of the people?

Do they think that any more benefit will come to them as a result of Taib and his crony companies removing their oil as well?

Perhaps they should start by considering how much benefit they got from the loss of their trees?  In the case of the child in this picture her family was offered RM 250 for native lands holding timber worth million of ringgit.  In the Miri area hundreds of longhouses are currently being flooded because of  logging in the Baram River Basin.  One of the main companies responsible is Rimbunan Hijau.