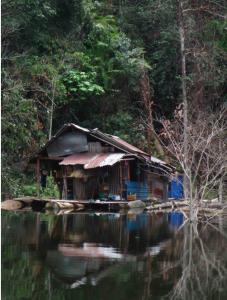 Floating homes - Is this what Taib means by progress and development for the poor people of Sarawak?

These are the scenes they have been trying to hide, by setting up an exclusion zone to prevent NGOs and journalists from entering the region behind the Bakun Dam.

However, Bruno Manser Fund workers have managed to breech that barrier in order to get exclusive pictures of the devastation behind the dam, which has now filled a lake the size of Singapore in the heart of Sarawak.

For the first time we are able to bring scenes of the conditions under which the Ukit people, who are struggling to stay on their lands, are being forced to live, as the rising waters have flooded their territories.

Taib may be gleeful at the great wealth that Bakun promises to bring to companies owned by him, as he does deals with foreign smelters and factories, eager for dirt cheap electricity.

However, there is little sign here that any of that benefit has spread to the people who owned these lands, which were first logged of their valuable timber by the company Ekran, owned by Taib’s sons and their crony Ting Pek Kiing. 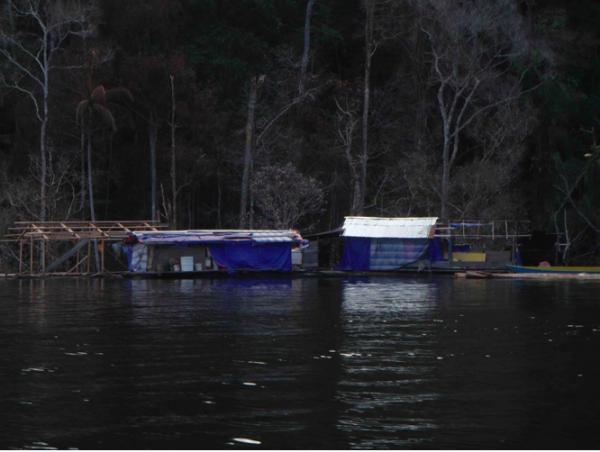 Promises that were never fulfilled

Taib forcibly moved tens of thousands of people off their lands into the squalid re-settlement camp at Sungai Asap, as he set about logging the area and building the second tallest dam in the world.

The promise was that in return they would receive lives of comfort and modernity and that they would ‘progress and develop’ in line with the modern world.  But, of course, the money went elsewhere. 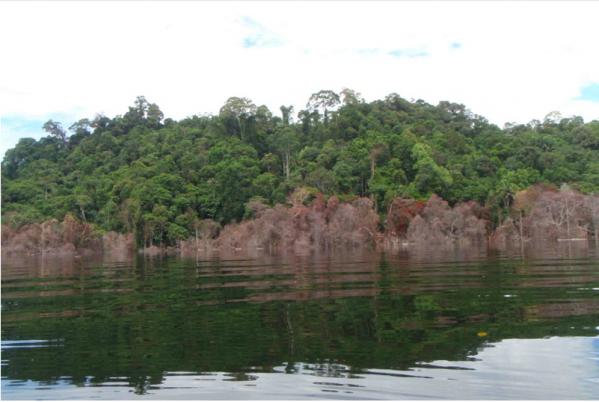 Bakun - yet another environmental disaster for Sarawak's jungle and its people. Taib wants to build 12 more!

Promised free electricity and water did not eventuate and many of the people have no jobs and cannot afford even the bus to send their children to school, thus ensuring the cycle of their poverty remains.

And of course the compensation was laughable and the quick-build housing, devised by Ting Pek Kiing (now bankrupt), has already started to fall apart. 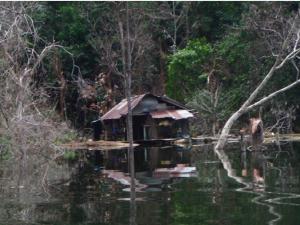 No help from the government

So, little surprise that so many of the local people, after ten years of misery in their ‘resettlement homes’ decided to return to their ancestral lands, come what may, and to defy the rising dam waters.

No one was allowed to come and see this unfolding tragedy behind the dam. We can now see why!  The BMF worker who photographed these scenes has spoken of the tragic circumstances:

The headman of the village had explained to her their aim is to build a new longhouse onshore near our former village:

“But we lack the funds and the government refuses to support us.”

As their traditional farmlands have been flooded, the Ukits live from fishing, hunting and harvesting some of the trees flooded by Bakun dam.  Compare their desperation to the extraordinary gains now being made by the architect of this plan, Chief Minister Abdul Taib Mahmud. 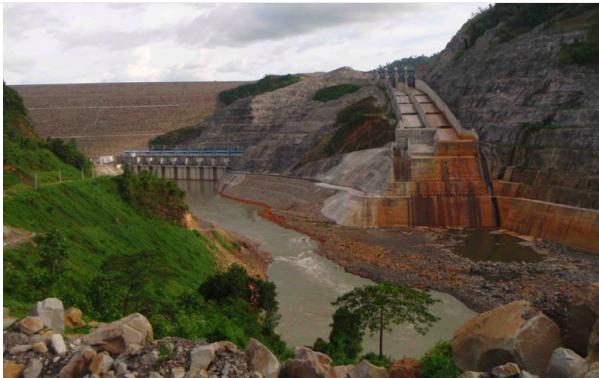 Using cheap electricity from the dam, which the BN Government forcibly used the pension funds of civil servants to build, Taib is now lining up foreign smelting companies to build in Sarawak. 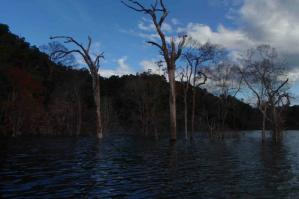 End of a jungle

With each of these contracts he makes sure that his company CMS receives huge cuts, in return for his granting of permits and electricity deals.  Sarawak Report will be focusing on this extraordinary corruption in upcoming reports.

Remember, Bakun is just Stage 1 out of 12 proposed dams for Taib’s SCORE corridor of energy, as he makes ready to turn tens of thousands more people from their homes.

These people should consider the fate of the Ukit and decide whether this is the ‘progress and development’ they really need, or just a get very rich quick scheme for Taib Mahmud, who has shown no love of the land and people he as so ruthlessly exploited for money.