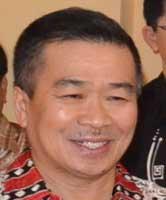 Bumiputera Entrepreneurship? You bet - the No 1 entrepreneur is him!

First we exposed his massive timber concessions and enormous oil palm plantations, now we can detail how Assistant Minister for Entrepreneur Development, Naroden Majais, has received RM100million in government contracts for his construction company!

Readers alerted us to the graft, pointing out that the official website of the Construction Industry Development Board (CIDB) has posted details of a series of enormous contracts awarded to the company Embun Pelangi Sdn Bhd, of whom two of the Directors are Naroden’s wife, Massenah Binti Ahmad and son Kamaruzaman Bin Naroden.

Of course, no serving Minister should be receiving any government contracts, let alone RM100million of undeclared construction projects. 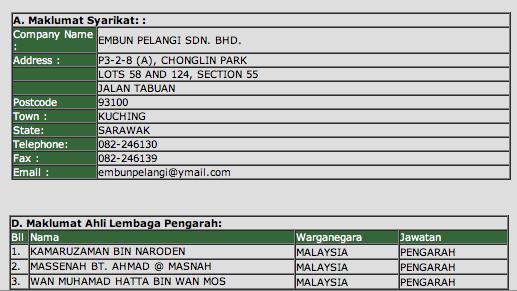 Two of the three Directors are Naroden's wife and son

In fact, further research has shown that while the Simunjan Assemblyman is happy to have his family pose as directors, it is he who is the main family shareholder!  With his son he commands 50% of the profits of the company that has received a staggering array of public construction contracts! 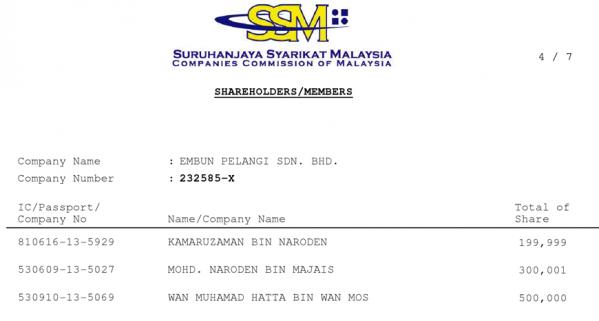 His wife may be a Director, but Naroden is the shareholder of Embun Pelangi Sdn Bhd

The other shareholder would appear to be a qualified engineer, but what qualifications do Naroden and his son Kamaruzaman have to be receiving such huge contracts?

One suspects that this civil servant turned politician is no more qualified to take on mega construction contracts than he is to receive the vast timber and plantation concessions that are in his name.  He could certainly have never legitimately earned the resources to purchase them.

Indeed the activities of the Naroden Majais bring a new understanding to the meaning of his boss Taib Mahmud’s enthusiasm for encouraging ‘entrepreneurship’ in Sarawak.

Mr Majais may be the Minister for Developing Entrepreneurship, but his main efforts seem to be targeted towards abusing his political influence in order to gain opportunities for himself!  Below is the lengthy official list of the contracts which have been handed to this grand scale ‘political entrepreneur': 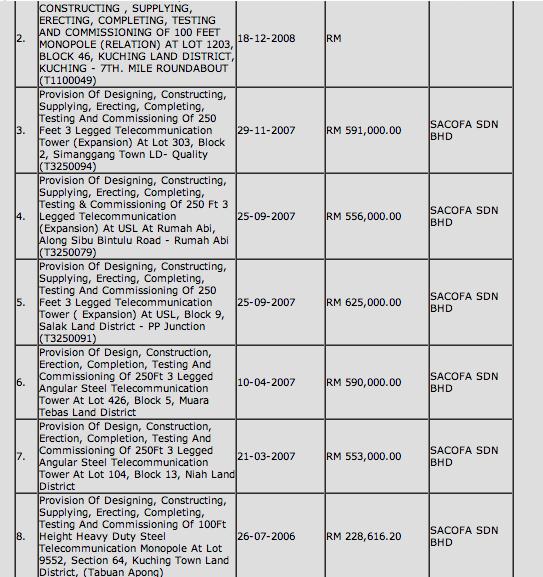 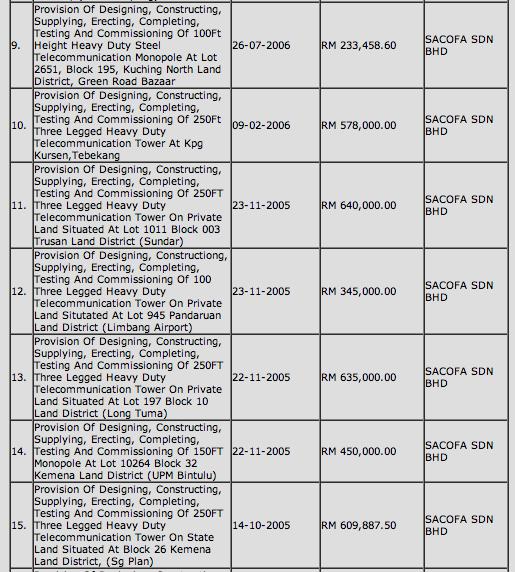 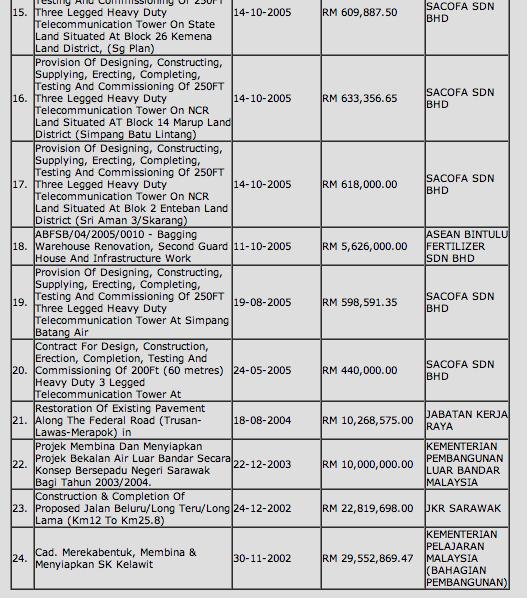 Through the above contracts from public bodies the Minister for Entrepreneurship has received around RM100 million in taxpayers’ money! 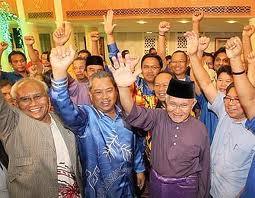 Happy Entrepreneurs! Taib with Naroden at his side, and top BN politicians who are making so much good business out of Sarawak

One might say he is leading by example in his role as the promoter of ‘entrepreneurship’.  However, of course, entrepreneurs are generally encouraged because they are wealth creators, not corrupted politicians who are putting projects into their own pockets!

Taib Mahmud’s form of political entrepreneurship has over the past 30 years and more sucked Sarawak dry of its wealth, as he and his side-kicks have remorselessly taken all there is to take and then handed themselves all the public money through contracts as well.

Our readers should keep on helping us expose BN’s ‘Entrepreneurship’ in Sarawak!