Justice Versus The Law In Sarawak 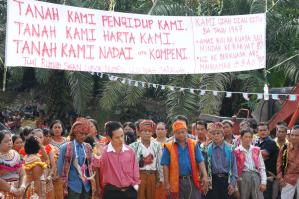 Ulu Niah (previous story) - Is it just that the courts are so often failing to protect the rights of poor local communities against the greedy land grabs of Taib's timber and plantation cronies?

All human beings can understand justice. Where there is injustice it is up to our law-makers to legislate to prevent it and then for our courts to uphold those laws.

But in Sarawak, where growing numbers of poor communities are being forced to desperate measures to save their lands and livelihoods, we often see the courts enabling the laws to work against the justice they were designed to uphold.

Take, for example, the recent crucial High Court ruling against a joint petition by Penan and Kelabit people in Limbang to save their forest lands from the greed of Taib’s timber and plantation cronies.

The companies concerned represent some of the Chief Minister’s key business cronies, who have been happy to reward him and his family with huge payouts, shares and hefty subsidies at election time to help him bribe the small number of people in Sarawak that he has risked entitling to vote. 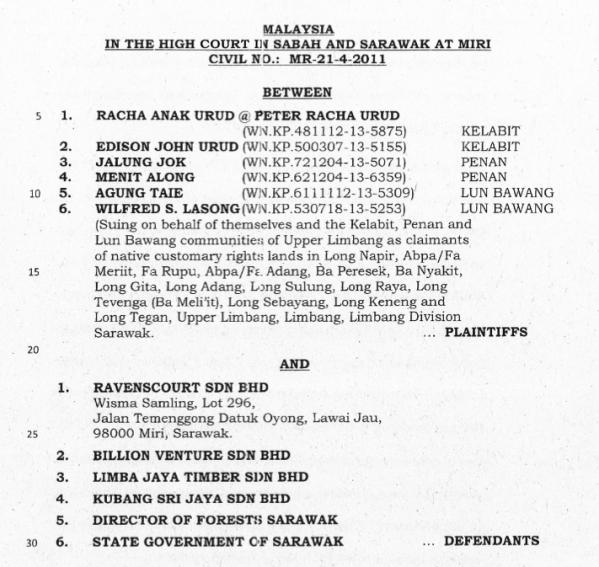 For example, Ravenscourt Sdn Bhd is owned by the billionaire Yaw family of the timber giant, Samling Global (who have handed a tenth of their company shares to Taib’s cousin Hamed Sepawi and to his Bomoh, Ahmad Suut), while Billion Venture Sdn Bhd, belongs to another of Taib’s wealthy cronies, the Hii family.

No duty to inform? 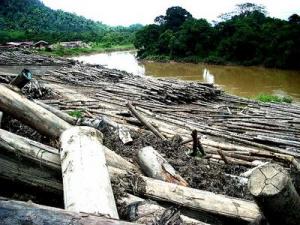 The communities, represented by the Native rights lawyer and PKR State Assembly member See Chee How, made the valid complaint that their lands had been cut down and destroyed by Samling and then planted with oil palm by the Hiis.

The timber licence had been handed out by Taib’s government as early as 1984, while the plantation licences had been issued in 2004 and then another in 2010.

The Penan and Kelabits of Long Napir and Kampung Bahagia explained that the Defendants:

“Entered, encroached and trespassed into their NCR lands to cut and harvest timbers and to maintain planted forests for merchantable timbers”.

It comes as little surprise that the billionaire businessmen had not even compensated the poor people for this destruction and disturbance.

Surely, all human beings would understand the simple justice of the plea of these communities that they:

“have a legitimate expectation that their rights, traditions, cultures and livelihoods would not be disrupted and that they had a right to be heard before the licenses were issued ….[and] that as natives of Sarawak they should have been given the lands instead of the Defendants” [Civil No MR-21-4-2011 High Court, Miri]

Indeed, such rights are not only enshrined in Sarawak’s Native Customary Laws, but in the United Nations Declaration on the Rights of Indigenous Peoples, to which Malaysia is a signatory.

However, the judge in this case identified a major ‘flaw’ in the plaintiff’s arguments.  A case, which Samling, Billion Venture and their co-defendants in the State Government had already chosen to describe as “scandalous, frivolous and vexatious” ! 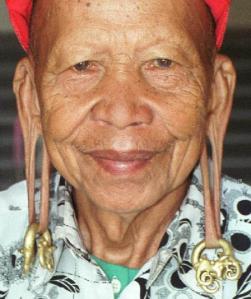 Did't you know to find yourself a lawyer? Surely, it is the duty of the government to assist and inform indigenous peoples when their lands are being encroached!

The judge pointed out that the natives of Limbang had failed to file their legal complaint within the 36 month period allowed under the law.

He defined that period as having begun from the moment Taib’s Forestry and Land & Survey Departments had issued the licences to their pet business-partners and political supporters.

Now everyone knows that in Sarawak such licences are far from publicised or held up for tender!  To the contrary they are handed out secretively and in return for kickbacks and shares for Taib family members.

So, we ask how were the locals in the distant forests of Limbang to know these licences had been issued to log and plant their native lands?

Often such licences are carefully sat on for years by the canny recipients for this very reason.  By the time they turn up causing trouble on the land the period for complaint will have expired!

So, how can this ruling represent justice?

In any genuinely democratic country there would be a strict obligation on the body issuing the licence (in this case the State Government of Sarawak and the Forestry Department) to consult and notify the local people well in ADVANCE of any timber or plantation licences being issued. 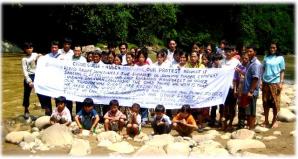 We don't regard this as a legitimate form of protest - you need to hire an expensive lawyer and launch a proper civil action against the billion dollar logging companies before we can recognise the villagers' complaints!

Failure to do so amounts to mere trickery and fraud.  How are the barefoot people of Sarawak’s jungle supposed to check each day in the Forest Department of Kuching as to whether a licence may have suddenly been issued on their native lands?

Yet, the judge goes even further.  He acknowledges in his own judgment:

“the fact that they [the natives] might not know the exact date when the licenses were issued”,

but he opines that they should have at least taken action once they became aware that people were logging in their jungle and trespassing their lands.

Clearly, the waves of blockades, brutally suppressed by the police, did not constitute the form of complaint and action that the judge had in mind in this respect.  Because there were of course very many such complaints.

So, did he instead expect the barefoot natives back in the 1980s to have summoned up a 4 -wheel drive or helicopter and made it out to Kuching to hire lawyers and launch a civil case against the logging companies? 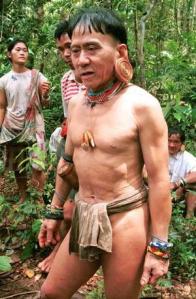 Dressed for a trip to town? How were the Penan to set about hiring lawyers to fight their case against Samling back in 1985?

Yet, these people had no money and no education.  They had never heard of lawyers, let alone being in a position to pay them.

They lived a different life and it for this reason the UN passed the Declaration to defend their rights against exploitation by people like Taib’s loggers.

The very minimum duty of the State of Sarawak under such circumstances would have been for officials to have gone to visit and consult them and to offer these peoples the means to defend themselves through free legal advice.  At the very least the option of compensation should have been offered.

However, the greedy Chief Minister (law alumni and honorary doctor of Adelaide University, Australia) and his henchmen failed on each and every count. These plunderers destroyed this precious habitat and left these communities to survive on what little left they could find to eat.

And now, instead of penalising Taib for this naked exploitation, judges are still willing to stick to the letter of the law, while ignoring every count of natural justice.

At last the people of the interior have woken up to the actions they need to take when faced by predators armed  with suspect licenses.  Native Rights lawyers have come to their rescue and are providing the advice they so badly needed and were deprived of back in the 1980s and 1990s and even recently.

So, it is time the judges of the Malaysian court system start voicing disapproval at the litany of corruption, fraud and theft by Sarawak’s rulers against their people. 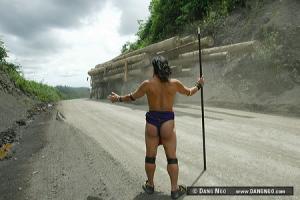 An image logging companies hate, because it sums up what's been going on in Sarawak under Taib

Billions have been made from the sale of Sarawak’s timber and billions more from the plantation of Native Customary Lands.

Those billions have gone to Taib’s license-holding friends and to his own family members, like Ta Ann’s Hamed Sepawi, who has received tens of thousands of hectares of ‘alienated’ lands out of the state’s land bank.

The time must come very soon when this outrageous injustice is recognised and it must be put right.

It is time the courts started exacting some fines from the likes of Samling and Billion Venture and those fines should be very heavy ones indeed.