A major new petition and campaign launched by the German-based Rettet den Regenwald (Rainforest Rescue) is calling on the German chainsaw manufacturer Stihl to immediately terminate all partnerships with Sarawak’s KTS Group over serious environmental and indigenous rights concerns.

KTS, are a major logging and plantation concern owned by the Lau family.  Boss Henry Lau is known to be a close crony of the present Chief Minister Adenan Satem and a key funder to the ruling party PBB.

The conglomerate sells Stihl products through its subsidiary, KTS Trading Sdn Bhd, which has a dominant market share of the power tools market in East Malaysia.

As the petition rightly points out, KTS have an abysmal record when it comes to environmental destruction and native land encroachment in Sarawak. The NGO highlights two cases of malpractice in particular, which Sarawak Report have previously reported on. 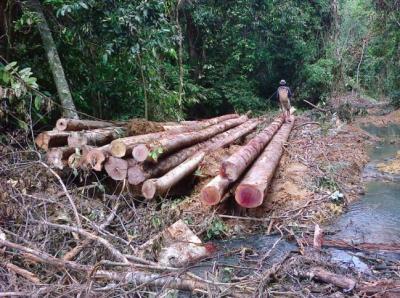 The first case is illegal logging near Julau, by the KTS-linked Isotimber Sdn Bhd, the second case is the clearing of carbon-rich peatland for oil palm by the KTS-owned Bintulu Lumber Development (BLD) in Sibu.

In September 2014, Sarawak Report obtained a secret agreement between Isotimber and two villagers, who illegally signed away their NCR land in Julau for logging activities.

We also published a number of police reports [1] [2] [3] that were lodged against the company.

Representatives from Sungai Lijan told Rettet den Regenwald that “Isotimber have sawn our trees without permission”. Matek Geram from the grassroots NGO, Sarawak Dayak Iban Association (SADIA), say ““We are going to win the struggle for our forest”.

After our meeting with the chief Minister and his officers in early October we sent two more emails to show evidence of BLD’s destruction of deep peat forests in its Sibu concession and for the Chief Minister’s office to stop BLD, asking for action to be taken. We have not heard back from anyone. Chief minister Adenan declared there would be no more deforestation for palm oil in Sarawak but carbon rich peat forests and local communities continue to suffer at the hands of BLD. 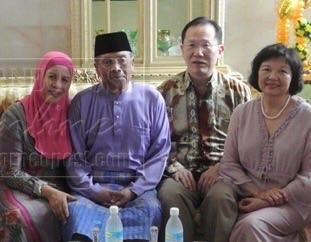 Too close to touch (Henry Lau and wife right)? Do the Lau family class as untouchable because of their close relationship with Satem and wife (left)?

In a statement released today, FOTO highlighted how BLD’s partners are starting to take notice and some are even suspending their activity with the company until issues of concern are addressed:

After Bunge Limited, one of the world’s largest agribusiness companies, announced last year its suspension of new commercial activity with Malaysian palm oil company BLD Plantation Bhd, BLD’s trading partner Apical Malaysia Sdn Bhd declared earlier this month they would be suspending trade with BLD until the latter addresses the issues brought up against them.

This significant action comes after BLD’s peat destroying activities near Sibu violated American headquartered Bunge and Apical’s sustainability policies. Other major companies in Asia, Europe and America sourcing and trading palm oil products have been alerted and the NGO’s ally Rainforest Foundation Norway have asked numerous companies if they are in business with BLD. 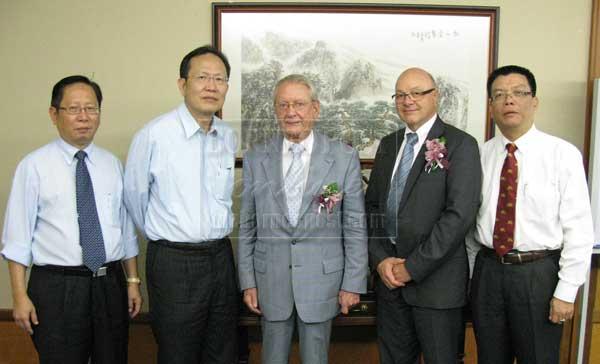 The close relationship between KTS and Stihl has been highlighted by various articles in the KTS-owned Borneo Post. One article, points out that KTS and Stihl have worked hard to keep a “strong partnership over 44 years” and that “friendship blossomed”. 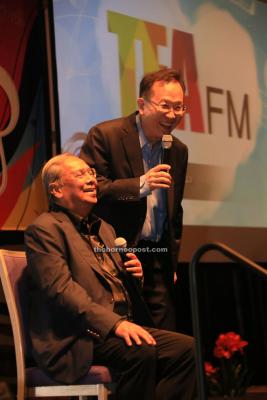 With such a relationship, Rettet den Regenwald are “doubtful” that Stihl could be unaware of KTS’ involvement in rainforest destruction.

Many are now asking why Adenan Satem is turning a blind eye to companies like KTS and those controlled by former Chief Minister, current Governor Abdul Taib Mahmud.

Adenan received praise in 2014, when he gathered the tycoons of the state’s six biggest logging firms, (including KTS) and promised to take tough action on illegal logging and land clearance for palm oil.

Ironically, KTS’ Henry Lau joined the delegation to London with Adenan Satem last year, where a public meeting was held with environmental NGOs and journalists (including Sarawak Report) at Malaysia’s High Commission. The meeting highlighted Adenan’s proposed crackdown on illegal logging and palm oil expansion in the state.

Until real action is taken and companies such as KTS are penalised, Adenan’s promises of reform will be seen therefore as nothing more than lip service.

Will he listen to this latest call for action? 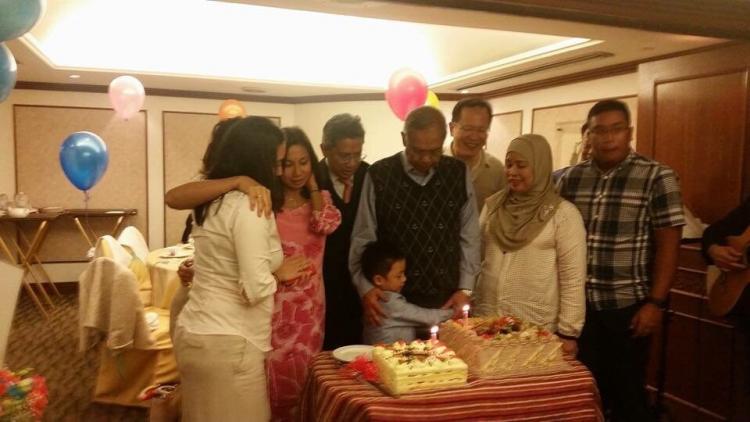 Adenan’s inner circle at his birthday event included Henry Lau. Does this mean promises to halt illegal logging do not apply to this favoured major company?