The widening and unravelling scandal over the mismanagement and missing billions from 1MDB has at last started to knock on the door of the world’s most powerful and controversial bank – back home in America.

Malaysia’s 1MDB-watchers (including this blog) have, of course, been questioning the antics of Goldman Sachs International and its flamboyant Singapore boss, Tim Leissner,  for some time.

How come 1MDB raised US$6.5 billion in three separate bond deals, only to end up with a LOSS of over US$649 million before it had seen a cent, has been a central question?

And, how come Goldman Sachs earned what is now understood to have been a staggering US$593 million in fees and commissions for conducting these three deals – an average of over 9% in charges, compared to a normal market rate of around 0.5% for such services? 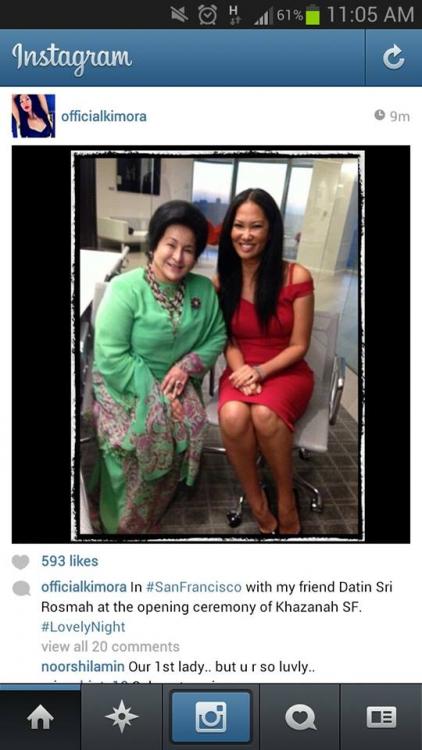 My friend Rosmah – by Kimorah

This weekend, the US newspaper, the New York Post, provided an in-depth article on the scandal, noting the recently reported departure of Mr Leissner from his post on an open-ended “leave of absence”.

The high roller is a personal pal of Najib and Rosmah and lives a jet-set life-style, till now fuelled by the record profits of his Asian operations.

Model wife, Kimora Lee Simonds, has opened a lingerie store in LA, which is the only explanation provided for his departure so far, with Leissner apparently quitting his “rock star salary” in order to be nearer her and her new business venture.

Goldman were not commenting to the Post, however, and nor was Leissner.

According to the paper, US legal experts are now speculating that the questionable deal by this increasingly controversial bank, known for its tactic of making inroads into political and decision-making circles, may well end up the subject of a Congressional Enquiry.

If so, could little Malaysia’s 1MDB scandal succeed in throwing a global spotlight over the entire process by which the world’s most powerful banks have dealt with “corrupt countries”?

In which case, this matter, dismissed by Najib last month as “a distraction”, just got even bigger. And, quoted the NYPost “this has been a disaster for Goldman”.

Read the article below: 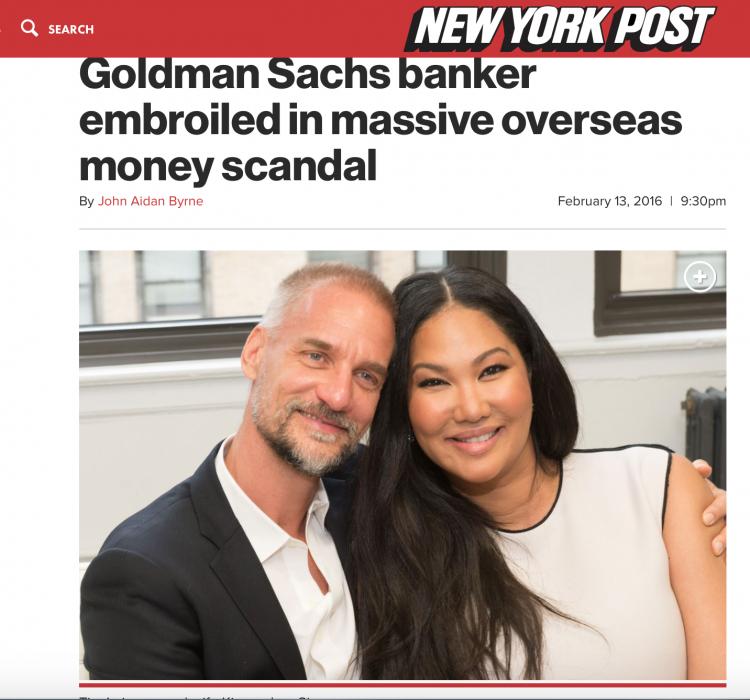 Goldman Sachs’ cozy relationship with the Malaysian government is coming back to haunt the firm and one of its regional chairmen.

The fallout from the widening scandal hitting the white-shoe investment bank involves Tim Leissner, the Singapore-based chairman of Goldman’s Southeast Asia operations, who has left that country and relocated to Los Angeles on a leave of absence from the firm.

A state fund — 1Malaysia Development Berhad (1MDB) — was set up with Leissner’s assistance, and Goldman was paid sky-high commissions for bond sales. Then $681 million tied to the fund mysteriously turned up in the bank account of Malaysian Prime Minister Najib Razak.

The FBI is reportedly investigating all the fund’s transactions in concert with wider probes of money-laundering allegations spanning five countries.

These probes could force Goldman to face the wrath of a congressional inquiry, according to one legal expert.

Leissner, 45, who is married to Kimora Lee Simmons, the former wife of hip-hop mogul Russell Simmons, lives a jet-setting lifestyle.

Some of the fund’s transactions illustrate the cozy relationship between Goldman and the government.

The sum of three bond sales for 1MDB back in 2012 and 2013, totaling as much as $6.5 billion, reportedly yielded fees, commissions and expenses for Goldman of almost $593 million, the equivalent of 9.1 percent of the money raised. The typical cut for an investment bank is about 5 percent.

“If it exceeds the limit Malaysia sets for investment managers of a fund, then Goldman will have to deal with some negative kickback from Malaysia,” said Dick Bove, a bank industry analyst at Rafferty Capital Markets.

Not that everyone on Wall Street is acting surprised.

“It is a known fact that there is a lot of fraud, and under-the-table stuff like that happens if you are a bank and want to get business done in foreign countries like Malaysia,” said one veteran regulator. Another person who has considered the Goldman case said with a wink that there may have been multiple “managers” feeding off Goldman’s lucrative Malaysian business — in effect, accepting kickbacks.

At the center of the controversy is Leissner, who left the country just as Malaysian officials began ratcheting up the heat on the Malyasian prime minister.

Government officials want more answers on the source of the $681 million. One claim — that the money was gifted by Saudi Arabia for financing the fight against ISIS terrorism — was greeted with some incredulity.

Many people inside and outside Malaysia are not satisfied with the official explanation.

“People are smelling something here,” Gary Swiman, head of compliance and regulatory consulting services at EisnerAmper, told The Post. “This has been a disaster for Goldman.”

Swiman says that Leissner could afford to live like a rock star. “He may have been one of the highest-paid people at Goldman,” Swiman added. “And then they pulled him out of Malaysia. This is just the tip of the iceberg. The question is whether this is going to be a congressional inquiry.”

An e-mail to Leissner at Goldman came back with the message: “I am currently out of the office on personal leave with no access to e-mails.” Calls to his voice mail were not returned.

Leissner, an 18-year Goldman vet with access to the highest reaches of government in Malaysia, likely made millions from Goldman deals he lead that later turned controversial, one person told The Post.

1MDB came under intense criticism in the past for borrowing as much as $11 billion to finance dodgy acquisitions. And more than half was said to have come from bond deals underwritten by Goldman.