Sarawak Report suggests that striving to tell the truth, rather than sticking to what is convenient, should be a golden rule for public servants and their political masters. Not only because it is right, but because it is awfully embarrassing to be caught in a cover-up.

The Australian Department of Immigration and Border Controls has just proved the point, having exposed itself to ridicule and disappointment in Malaysia, which will reflect on its reputation in Australia also.

This is because it has just issued a nonsensical statement to the ABC programme Four Corners, for no apparent good reason, except to perhaps protect certain individuals, who may have assisted in the making of a series of videos featuring Sirul Azhar Umar, which was plainly recorded within the Villawood detention centre earlier this year. 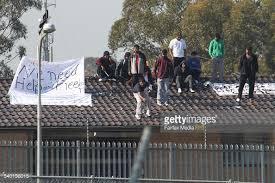 The statement from the Department persists in claiming that, contrary to all the evidence, it was “not possible” for the video to have been recorded while Sirul was in detention.

This, says the department, is because of the ‘flannel’ behind him and the clothes he is wearing, which could not possibly have been smuggled into the centre.

So, what is so significant about Sirul’s perfectly ordinary attire and his sarong hanging up behind him in front of the window that he could not possibly have had these possessions in his room?

Detainees wear everyday clothes at Villawood, not striped pyjamas or orange jumpsuits – so have the officials of the Department of Immigration seriously investigated all of Sirul’s clothing of the past year, in order to definitively rule out this particular set of shirt and slacks?

And did they not recognise a classic Malay sarong when they saw one, thinking it to be a  ‘flannel backdrop’ instead?

Get a better translation

However, it is Sirul’s own words spoken in Malay, which confirm without doubt that the video was recent.

He referred directly to a ‘recent’ press statement given by his two UMNO lawyers in KL, Kamarul Kamaruddin and Hasnal Merican, who had updated the media on his immigration status several months after his detention.

That statement was given in December 2015 and there had been no equivalent earlier press statement given by these two layers in KL in the period before his arrest in Australia, discussing his immigration requests or anything else.

Neither had Sirul hired a legal and immigration team to pursue this immigration request prior to his arrest.

Below is a translation of what Sirul plainly said in the video and it places the timing straight after the press statement the two lawyers gave on December 31st:

“I wish to clarify and further comment with respect to the media statement made by Datuk Kamarul Hisham Kamaruddin and Hasnal Rezua Merican in Kuala Lumpur recently.

Immediately after the statements were made, a few days after that, there are still a number of certain parties who have taken the opportunity to contact me here.

I would like to clarify here that I am not interested at all to make any further statements after this.

As we all know, Datuk Kamarul himself has announced that certain processes, including the Immigration process, the legal process that continue to take place here that requires me to devote.  So, I am devoting the whole of my time, my energy to settle here as per my application process to settle here..”

Yet, in the face of this, the communications team representing Immigration & Borders Minister Peter Dutton claim that they have had two Malay translators examine the material, who have assured them that Sirul’s references were of a “generalised nature.. including references to immigration and legal processes [which] are consistent with those underway immediately prior to the detainee’s entry to detention”.

They should get a third, more accurate translator and further explain how Sirul was pursuing an immigration case before his arrest, when his immigration and legal advisors only started off the process after his detention?

The facts of the matter are that Sirul was detained on 20th January 2015 after he failed to gain an extension to his tourist visa. It was only on the day he was detained that he first made a verbal request for a protection visa, which he is now attempting to achieve.

He did not obtain lawyers until later, when the UMNO team was sent from KL and hired local representation on his behalf, using sources of money which have yet to be explained. Therefore, Sirul could not have referred to lawyers speaking publicly about his immigration issues before being arrested and detained – there were no lawyers at that time and no case underway.

A further point has been widely made about this series of video episodes (released very much in the telling genre of a classic Ramesh Rao disinformation campaign), which is that the substance focuses entirely on the perception of a “plot” against the Prime Minister, a concept which did not emerge until after the exposes over 1MDB, which happened several weeks after Sirul had been detained.

“I mean what is the importance for some interested people to want to topple a person?

Sirul announces in the 3rd ‘episode’, prompting many to question how Sirul acquired such foresight about a debate that would only be raging months after his arrest and, if so, why he waited so long to release his supportive comments of the boss he once attacked for making him a scapegoat?

No rules against making prison videos

Altogether it seems entirely idiotic, therefore, for the Department of Immigration to be sticking doggedly to a nonsensical argument, for no apparent good reason beyond the fact that officials plainly still believe they can stone wall further examination.

This is not least because in a separate statement to Australia’s 60 Minutes programme, who are also on the story, officials from the very same department made clear that there is no rule preventing Sirul making such a recording if he wants to:

“In another letter to 60 Minutes, the Australian Border Force said immigration detainees are free to contact any media representative.

“People in detention have access to computers, the internet, social media and telephones and there are no restrictions on who they may contact,” [Malaysiakini]

In which case, why all the fuss and denial by the Australian authorities?

To anyone looking at these video offerings, it seems evident that Sirul set himself on a chair in front of a window with a sarong across to block out the light and then spoke looking down into a camera on an open computer in front of him, as in a typical Skype call. 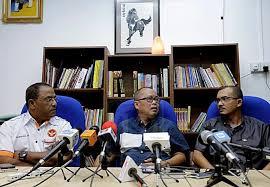 All Malaysia has concluded that this was just another Ramesh Rao production, using a paid confession-maker reciting from a pre-prepared script, with the sole purpose of exonerating Rao’s hero Najib Razak.

The same technique of chopping the ‘confessions’ into episodes is also familiar to those who have already laughed at the ‘Lester Melanyi files’… even up to the failure to deliver on promised final bombshell episodes, such as the missing ‘part 4″ of the Sirul production, which the makers have evidently bottled out of releasing.

So, why are the Australian authorities working so hard to box themselves into a corner to deny that these videos were filmed with Sirul in detention, once the UMNO legal team had moved in to control and pay off Sirul, when they themselves have admitted that he was perfectly entitled to make such a video if he wanted to?

Is it because the Department does not want to open up and address the wider concerns about the blatant and illicit Malaysian political interference in the handling of Sirul’s legal affairs in Australia? 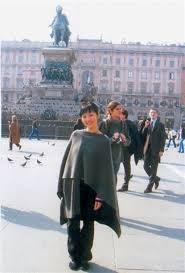 Or, is it also because certain quarters in Australia still cling to working with Najib, despite this inappropriate and illegal interference in a troubling murder case, in order to achieve their separate deportation objectives?

These, of course, involve sending other asylum seekers over to indefinite detention in Malaysia, where Najib has kindly agreed to take them off Australia’s hands.

BN has an appalling recent record on people trafficking; it has been widely admonished also for its failures to observe UN refugee guidelines and for widespread abuse of foreign workers.

Nevertheless, it appears that some in Australia remain willing to join the ranks of opportunists ready to bend the rules over Najib Razak, in return for favours rendered.