Najib Moves From Cover Up To Shut Up!

The exposure of the full letter sent by Bank Negara to the Public Accounts Committee (PAC) today has nailed who has been lying for the past many months about 1MDB and who has told the truth.

It was DAP opposition spokesman Tony Pua, who first alerted that there existed such a letter, sent on April 6th.  However, although he is a member of the committee, he and his colleagues had not at first been told about it by their Chairman.

On May 24th Pua revealed that the letter had been sent in response to an earlier PAC demand for further clarification of a previous letter, sent by the Bank on April 4th, which confirmed that a large proportion of the US$1.83 billion, supposedly invested by 1MDB in the PetroSaudi Joint Venture 2009-10, had been sent to a party not connected to the deal, namely the company Good Star Limited. 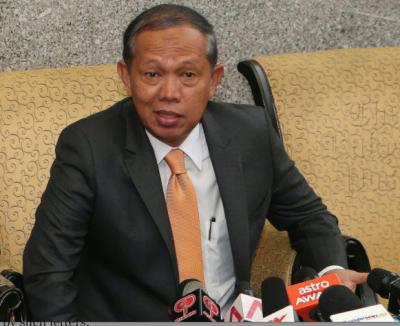 This totally contradicted claims by 1MDB, which had produced a letter from the company PetroSaudi, lying that it was the owner of Good Star.

So the PAC wanted to know exactly who did own the company (Sarawak Report had of course revealed full details of the ownership by Jho Low, last year).

Pua also revealed that Najib’s hand-picked new Chairman of the PAC was refusing to allow the committee to interview personnel from the Bank directly, which was why members  had been reduced to communicating by such letters.

A ministerial reply had revealed the existence of the Bank Negara letter on May 17th, but it was only at their meeting on May 18th, says Tony, that PAC members realised that the bank’s detailed reply to their request had been hijacked and kept secret from them by the ‘cari makan” Chairman, Hassan Arafin.

Worse, Arafin had (as earlier been reported) also doctored the PAC’s official and unanimously agreed report into the 1MDB affair, by removing the earlier references by the Bank Negara to the fact that Good Star Limited was not linked to the joint venture. 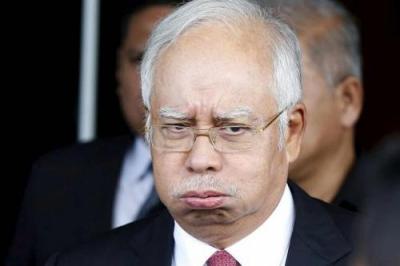 When Pua and others protested about the withholding of the letter and also the doctoring of the report Najib’s spokesmen responded by explaining that all the information from the Bank had to be treated as an ‘Official Secret’!

Now that this ‘Official Secret’ has been inevitably leaked, Najib has today announced that a police report has been made to hunt down and punish whoever might be responsible for revealing himself, amongst others, to be a liar.

After all, Najib just two days ago announced in a written answer to Parliament that there had been “no misappropriation in 1MDB’s accounts and administration”.

This, despite the fact that he was one of the few people in the country, who had been allowed to see that Bank Negara letter, proving that hundreds of millions had been siphoned out of 1MDB into a company owned by his own ‘advisor’ to 1MDB, Jho Low!

The Prime Minister has also threatened all Malaysian publications that if they reproduce that letter they will be charged with the heinous crime of revealing state secrets – so here it is in full translation [click here for original]: 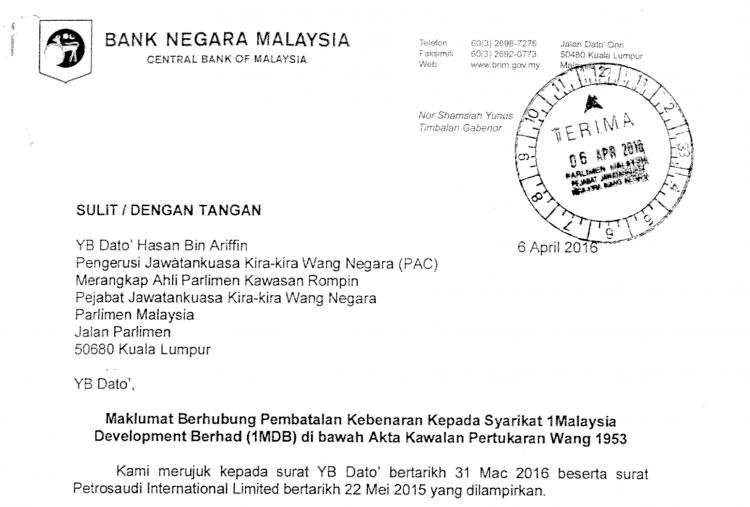 Letter was sent April 6th by BNM Deputy Governor, but not revealed to the PAC before they published their report into 1MDB

We refer to the letter, YB Dato, dated 31 March 2016 concerning the letter from PetroSaudi International Limited dated May 22, 2015, which is attached.

2  For information Dato, regarding the letter from PetroSaudi International Limited, one of the documents obtained by the Bank in its investigation into the content of the letter 1MDB contains information provided by the authorities abroad to the Bank. As already communicated to YB Dato before, this information on the ownership of Good Star Limited, as stated in our letter dated March 23, 2016, is received voluntarily from the authorities of the relevant countries.

3  The Bank has contacted the authorities of the countries concerned and have obtained their consent to disclose such information in return for the secrecy imposed on the Bank as follows:
a) Authorities Abroad 1 [Seychelles]
Information regarding the registration GSL:

“Based on information from the authority (the authority responsible for the incorporation of companies, who has the register of members) GSL is beneficially owned by Low Taek Jho”

Authorities Abroad 1 also confirmed that no changes to the status of Beneficial ownership GSL.

The terms of confidentiality of the information are as follows:
1) GSL registration information disclosure is limited to the PAC for intelligence purposes only and not for the courts or the public; and

5  We hope the feedback given above can give insight into the matters raised by YB Dato. We also hope that the conditions imposed on banks to reveal information on the PAC are met to ensure obligations of the bank under the Memorandum of Understanding is executed and cooperation between banks and foreign authorities maintained all the time. If the PAC intends to use this information in public documents, the affected countries must be notified in advance through the Bank.”

Many Thanks, Nor Shamsiah Yunus, Deputy Governor

No right to protection under such secrecy

It is, of course, a total disgrace that an off-shore provider, such as the Seychelles, or anybody else, let alone Najib, should attempt to hide the ownership of a company into which billions of Malaysian public money has been passed in the name of investment for development.

Particularly, if that money has been stolen and then pops up in BSI Bank in Singapore in Jho Low’s private accounts. 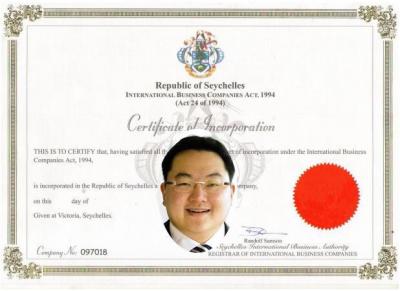 To do so is a criminal abuse of the secrecy acts by the Prime Minister, in order to cover up his own lies and misappropriations – one can no longer mince words concerning such an extreme case of public theft.

And this section of the 1MDB scandal only concerns the first early thefts using the British based outfit PetroSaudi.

Altogether, the Auditor General has confirmed in his own report that US$7 billion has been misappropriated from 1MDB, as also revealed by Tony Pua, who was given access to the information via the PAC.

So, Najib has made the Auditor General’s report an ‘Official Secret’ too! 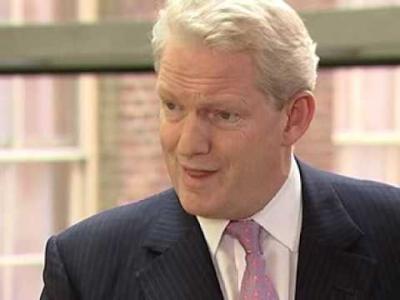 The gallery of liars in this affair are now, therefore, fully exposed, having spent the past year seeking to discredit, denounce and even arrest investigators and critics, such as Sarawak Report and the very many brave individuals in Malaysia, who have refused to be intimidated by Najib’s strong arm tactics to cover up his crimes.

Indeed, a request to INTERPOL remains extant from Malaysia, to issue a Red Notice against the Editor of Sarawak Report, although it has been refused by the international police organisation.

Foremost in the gallery of liars have been the British and Saudi businessmen behind PetroSaudi, who sought to claim that they own Good Star Limited, thereby providing a cover for Jho Low and Najib, in return for a massive 15% ‘brokerage fee’ to individual directors Tarek Obaid and Patrick Mahony and also US$77 million in kickbacks to the Saudi, Prince Turki, another former shareholder of the company.

For acting as “a front” in this affair PetroSaudi also received a massive US$300 million investment into what had been virtually a shell company, which it has used to establish itself as a profitable oil extraction venture, complete with a drill ship bought using 1MDB money. 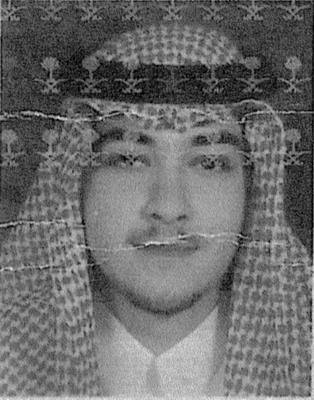 Yet when Sarawak Report questioned the company’s President and Chief Operating Officer, the prominent British businessman Rick Haythornthwaite, last year whether he had authorised the letter from PetroSaudi to 1MDB claiming ownership, he preferred to accuse this blog of  “questionable activities“, rather than checking out the behaviour of his own company.

Haythornthwaite is also the Chairman of MasterCard Global and of the major UK power company Centrica.

Sarawak Report has further established that he was looped in on an extensive deception to present PetroSaudi as the owner of a US$3 billion oil concession in the Caspian Sea/Turkmenistan, when the concession was owned by another company named Buried Hill.

Not only did PetroSaudi use this deception towards 1MDB, when it sought to pretend that it was injecting assets into the joint venture, but it had earlier attempted to present the same falsehood to the Chinese company Sinochem earlier in the year, in a scheme code-named Project Oasis.

It is possible that Mr Haythornthwaite allowed himself to fail to examine the affairs of the company to the extent that he did not realise that PetroSaudi was an enormous deception.

However, why has he continued to fail to execute these basic checks over the past full year, once the issue was called into question by the eruption of the 1MDB scandal in the world media?

Crucially, why didn’t President of PetroSaudi, Rick Haythornthwaite, demand to see the proof of his own company’s ownership of Good Star Limited after Sarawak Report and others pointed out that this was what was being claimed by its Directors?

Just last week, PetroSaudi through its lawyers continued to make this claim to the media, in the full knowledge that it was a complete and utter lie. 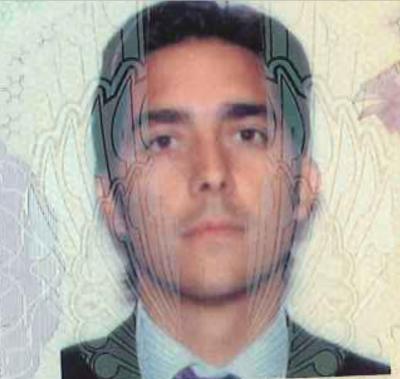 The most exposed and blatant liars at PetroSaudi, are the Directors Patrick Mahony and Tarek Obaid, who was the original 50% shareholder of the company.  These are the two businessmen who were involved in every step of the fraudulent joint venture deal, as detailed by Sarawak Report and others.

Theirs were the signatures on each and every document and every lying email went past them.  They also split the massive US$105 million initial kickback, as numerous articles by Sarawak Report and The Edge have detailed, based on the information provided by whistleblower Xavier Justo, who released the PetroSaudi database, which is now in the hands of law enforcers worldwide.

Sarawak Report says that it is time that international law enforcers extend their enquiries beyond the banks and major players in these deals to characters such as the top brass at PetroSaudi, who have made themselves very rich indeed out of knowingly assisting in the theft of Malaysia’s money.