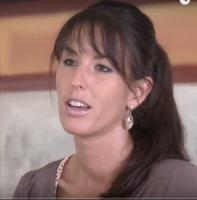 Shock news from Bangkok has confirmed that the  so-called ‘holiday’ taken by Najib Razak and wife Rosmah in Thailand this week was no coincidence.

In a dramatic reversal, the Thai authorities have made a U-turn over a promised prisoner transfer agreement for Xavier Justo with the Swiss Government.

Under normal rules for prisoner release the star witness and whistleblower in the 1MDB/PetroSaudi financial scandal had been due to be returned to Switzerland on September 1st.

Informal assurances had already been given to the Swiss and US authorities that this was indeed the case and that only a few formalities were needed and papers to be signed.

Then on August 31st there was a sudden delay. Diplomatic whispers explained that since Najib was due to visit in early September it would be polite not to dominate his visit with headlines concerning his global kleptocracy case.

However, Laura Justo told Sarawak Report that she feared the Malaysians were pressurising the Thais to keep this embarrassing witness in the 1MDB case from testifying to global regulators against Najib and his former colleagues at PetroSaudi.

Her fears now seem born out. The formal meeting to secure the transfer had been postponed till today 16th September, just after the Malaysian couple had left.  However, Justo’s lawyers confirmed that the papers were now all ready to be signed for his immediate transfer, already delayed under the inter-country convention on prisoners.

There was never any doubt Rosmah would fight this release

The Justo family had made a decision to lower their profile during this sensitive period to allow formal procedures to take place.

However, there was increasing concern that the desperate tactics they had already experienced at the hands of the Malaysians and PetroSaudi, now in centre frame for the world’s biggest ever kleptocracy case, would again come into play.

“They were there [in Thailand] to use every influence they had, power, money, sweetheart deals and cooperation, to get the Thais to hold on to Justo. They played the same game with Singapore. They are willing to sell out their country’s interests to save their skin” explained one observer, close to the family.

Laura Justo went public on the circumstances of her husband’s arrest and conviction in July. She explained how PetroSaudi operatives had blackmailed him into a forced confession and had boasted they had “paid everyone in Thailand” to get him arrested.

The British director of the company, Patrick Mahony, has further admitted in a recorded conversation that behind him it was Najib who was directing the operation because:

But, Malaysia’s first couple and their entourage, who refuse to accept they are not all powerful and protected by impunity are still using every power they have to fight through and cement their grip on the situation.

Sure enough, today Thailand presented a U-turn to the Swiss authorities, whom they had earlier assured that all was proceeding with the transfer.

“Because of all the delays in releasing him and the recent amnesty the Thais are now saying that Xavier now has just less than a year left to serve, which means he apparently can’t be transferred! This is a complete turnaround on their previous commitments and they are playing games” wife Laura Justo has told Sarawak Report.

“My biggest fear is that the Malaysians will try and take this a step further and extradite him under some kind of legal pretence” Laura added.

Thai officials have now further warned Justo’s lawyers that despite there being ‘less than a year to serve’ there could be several months of delay after the end of the sentence before he can be released, because of ‘paperwork delays’!

Najib’s game plan to stay in power against growing coalition 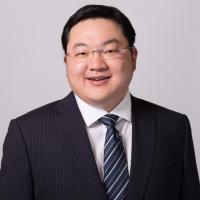 Najib has changed his strategies by the day to keep power in the face of increasing exposure over 1MDB.

First, he lied and organised the jailing of Justo in Thailand.  He then persuaded a Saudi minister to appear to condone a story that Malaysia’s stolen billions had been ‘donated’ from an anonymous royal donor.

Now that the US Department of Justice has exposed the whole scam Najib seems determined to just bludgeon control in Malaysia as a growing coalition of political forces are joining from all sides against him.

The couple are now preparing to fight early elections in March and Najib is trying to bulldoze through a last minute further gerrymandering of seats to disadvantage already disadvantaged opposition politicians – the size of many opposition seats is now well over ten times those of BN held constituencies, which are located mainly in rural areas where the party believes it can control the outcome through ‘money politics’.

With this ‘mandate’ the desperate ‘first couple’ believe they will be able to sweep aside all protests over their billion dollar heists.

The purpose of the extended visit in Bangkok was plain from the start, observers say. The Malaysian Prime Minister and his wife were there to offer whatever was wanted to the Thai leadership seeking cooperation on border controls.

Malaysia’s public money is also plainly on offer to smooth any consciences in a country which PetroSaudi Directors had bragged that ‘everyone’ can be bought.

Joining the couple in Thailand was none other than the fugitive 1MDB financier Jho Low, sources have told Sarawak Report.

Others linked to 1MDB, including Nik Faisal Arif Kamil, the executive still in charge of the former subsidiary SRC International, is also believed to have joined the council of war in Thailand. SRC borrowed RM4 billion from the pension fund KWAP in 2012 and has yet to produce a satisfactory account of where that money now is.  However, several millions have been traced into Najib Razak’s private spending accounts from SRC. 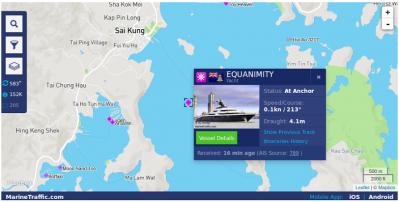 Nik Kamil is known to have now returned to his home in KL, which is believed to now be the safest place for known 1MDB fugitives from the international manhunt for key players in the theft.

However, Low, who is instantly recognisable in Malaysia, has not dared to returned to the country since he was exposed last year for stealing billions of the country’s development money on behalf of Najib.

Sarawak Report has previously revealed that Taiwan and Bangkok have been his favourite haunts since then, although the financier also still retains his yacht, which recently returned to Hong Kong, where he is believed to be attempting to make a sale.