As Najib Arrests This Woman - Are We Seeing 'Strong Leadership' Or Desperate Weakness?

Najib Razak has lost the respect of his people. His followers follow because he pays them with money he has stolen from the public – their taxes, their pension funds, their religious institutions and savings like FELDA, which have degenerated into Ponzi schemes.

This is manifested by the fact that hundreds of thousands have been planning to give up their weekend to express their disapproval in a peaceful anti-corruption march, focused on a demand he resign, since it has now been proved beyond doubt in the mind of each and every Malaysian that he stole $7 billion in particular from his ‘development flagship’ 1MDB. 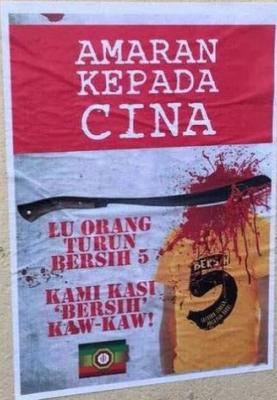 For months he has managed to escape the law himself by employing all the authorities entrusted to his office, which he holds thanks only to a gerrymandered election, which he himself admits he illegally bought – he says with money donated by an anonymous Middle Eastern potentate (the money trails in fact show it was 1MDB).

Strong-arm tactics have subdued his party, Malaysia’s law enforcement institutions and the opposition.  Najib is ruling thanks to his replacement tame Attorney General; an IGP who makes up charges as he goes along and bought MPs, who have enacted numerous oppressive laws to silence criticism in recent months, including the National Security Act that permits the Prime Minister to by-pass the Agong and declare ‘Emergency Rule’ if he wants to and specifically gives him permission to kill people with impunity.

Najib now plans to show the people who is boss. He and his IGP have started arresting and charging everybody who is anybody over past weeks to stop the unpleasant criticism of his own crimes.

His newly installed “Cyber Crimes Court” is currently considering charges that could land the respected leading journalists who run Malaysiakini in jail for up to a year, for filming a press conference by a former UMNO leader who criticised Najib’s Attorney General and said he should step down from office.

The ‘crime’ involved (according to the huge new team set up by Najib to monitor ‘cyber crimes’) is the broadcasting of “offensive material”.  This ridiculously broad term is being interpreted as material that someone might decide to take offence to. In this case the Attorney General has presumably announced that he is offended or the IGP is offended on his behalf.

Are Malaysians prepared to have their once advanced society, which was based on sensible laws, turned into a Stalinist circus by nonsense such as this, just to protect a frightened thief? 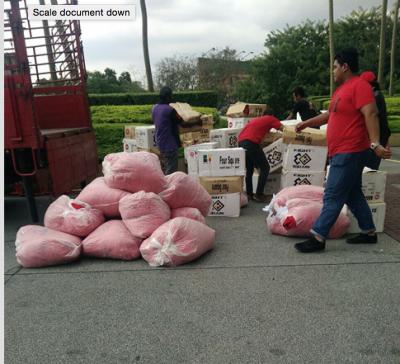 Remember, over the past year, this thief has used his panoply of rushed-through, half-baked and oppressive laws to persecute just about every opposition figure, civil society leader or critic worth their salt – and of course first up was the leader of the opposition who won hugely more votes than Najib’s BN at the last election.  Anwar languishes in jail on trumped up charges.

It appears many Malaysians are not prepared to take this destruction of their institutions lying down.  In the face of beastly threats the Bersih movement has quietly and doggedly over the past many months gone about organising its peaceful protest against all these developments and called for this Prime Minister to do the proper thing, which is step down in the face of his proven infamy and theft of $7 billion from the public purse.

‘Right to Remain Till Next Election’ – What Right Is That?

Najib does not wish for this world humiliation and he is determined to show that strong arm tactics can subdue the will of the people and silence criticism, even in a ‘democracy’.  He has issued statements saying he will not tolerate the concept of an ‘elected Prime Minister’ being asked to resign in between elections, as if he had some sort of constitutional right to stay in office, even after being caught a thief.

This is despite the fact that the entire system of Parliamentary Democracy (which he laughably accuses others of undermining) is based on the concept of the sovereignty of the people, who have the right to express their views in peaceful public demonstrations.

It is also despite the fact that the Westminster System on which Malaysia’s Parliament is based, specifically accords the Prime Minister the role only of a first amongst equals as advisors to the King, meaning he can certainly be rotated out, if  he is judged to no longer be the best advisor. The UK’s Prime Minister Cameron volunteered his own resignation under this principle earlier this year after failing over the Brexit referendum, just a few months into his own term of office.  Najib has not only failed politically, he has committed a shocking series of crimes.

Remember also that Najib himself replaced his predecessor Badawi mid-term, after months of aggressive lobbying on the part of himself and his forceful wife Rosmah to replace him. Where was Badawi’s ‘right to remain until the election’?

Given that one of Najib’s myriad offences is indeed election rigging through the deployment of stolen public funds, what right has he to expect public confidence in an election run by him if he is still in charge?

Najib is a man clutching at straws, who is producing nonsense arguments based on no substance whatsoever, just to keep himself protected within the walls of the office he has disgraced.

His other favourite defence is to warn people of the ‘sorry outcome of the Arab Spring’.  By this dictum he seems to equate Malaysia, which is meant to already be a democracy, with down-trodden Middle Eastern dictatorships where people were attempting to shake off military rule…. is that the sort of government Najib secretly also aspires to for Malaysia?  And why does he selectively mention only the sorrier outcomes of that democracy movement, instead of the success of places like Tunisia?

Faced with the refusal of Bersih’s educated, peaceful and determined campaigners to step down from their right to protest, Najib has in past months started trying to intimidate them by funding and supporting Red Shirt thugs, who had promised to stage an illegal “counter demonstration” in the capital tomorrow with the express intention of ‘spilling blood’.

The self-proclaimed ‘Malay Supremacist’ group has sought to target Chinese urban dwellers, threatening repeats of the massacres that occurred when Najib’s own father was prime-minister.  Disgraceful threats have been made to Bersih leaders like Maria Chin Abdullah, who was sent IS-style pictures of herself and her children being beheaded.

Najib, who has repeatedly denounced peaceful Bersih, has nevertheless refused to speak a word of denunciation against the fist flying, weapons brandishing Red Shirts who yell violence and hate at every turn.

Yet, it has not worked. Despite the arbitrary decision by the government and police to declare the march “illegal”, many many Malaysians continued to show themselves determined to make their opinions known, not just to Najib, but to the rest of the world, which has frankly been rather astonished that a Prime Minister caught up in the level of scandal that affects Najib Razak has managed to remain in office.

So, clearly now, in the closing hours before the march, the small band of collaborators sitting in Najib’s inner circle have decided they cannot allow this march to go ahead.  They cannot afford for the world to see tens, maybe hundreds of thousands of anti-corruption marchers defy all the threats and take to the streets.

After all, Najib has relied on pretending to other countries that he is regarded as a legitimate leader by his people, something which can no longer be described as true and which this march would show to be a lie.

The crack-down has begun. Police have cordoned off huge sections of the entire capital city to prevent the rights of marchers to walk the streets. They have arrested people on their way to Kuala Lumpur to take part. And now they are arresting all the leading figures and taking all their materials, accusing them under another of Najib’s glorious subjective, woolly, catch-all charges of “Activities Detrimental To Democracy”.

The whole world can see who is really acting in a way detrimental to democracy and that is Najib Razak – the thief who has captured the levers of power in Malaysia and who is snarling at the people who want him out.

Where will you be on the day, because your grandchildren will ask you?