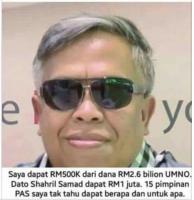 An UMNO Division Secretary, Zaharin Mod Yasin from Bandar Tun Razak district in KL, has openly acknowledged on Facebook how Najib personally handed him so many fat cheques that he can’t remember how many he received or presumably how much they added up to!

Posting on his publicly accessible page just a few days ago on December 14th, Zaharain even included photographs of two of these cheques.

The money wasn’t for himself, claims the UMNO man, it was for his party.  So he reasons that made it OK. However, given he has himself admitted the shoddiness of his own book-keeping, it would appear he cannot account for how the money was actually spent, so we just have to take his word for that!.

Neither does this political figure appear to have the slightest appreciation of the blatant corruption entailed in a situation where the ‘President of the Party’ i.e. the Prime Minister of the day, is handing out personal cheques from a hidden account to party members.

To Zaharin Mod Yasin it is plainly the normal state of affairs as he sees it and so he prepared to be quite public about the fact that this is how UMNO is presently run! 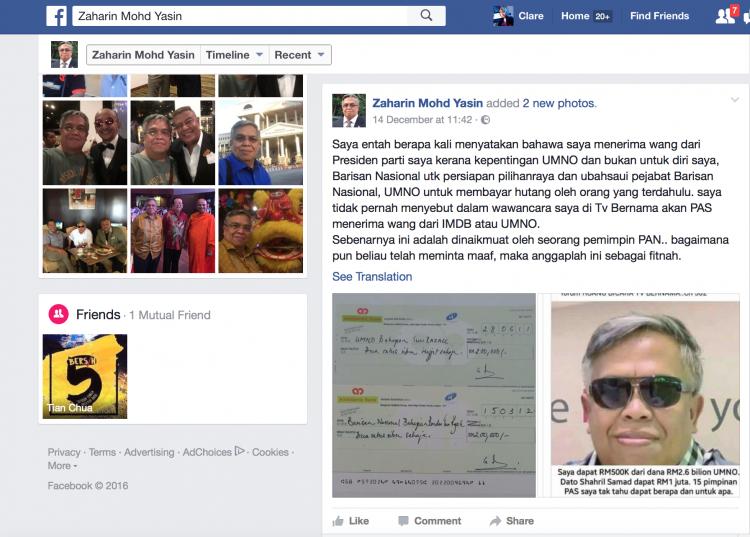 Based on Facebook translation: “I dunno how many times I received money from the president of the party because it was not for my interests but for UMNO and  my barisan nasional preparation for the election officials and to pay for earlier debts……

UMNO don’t even understand what corruption is?

What Zaharin Mod Yasin has publicly displayed on Facebook in this way is evidence of a shocking mentality, where it appears that certain UMNO officials no longer understand what is corrupt as opposed to acceptable practice. 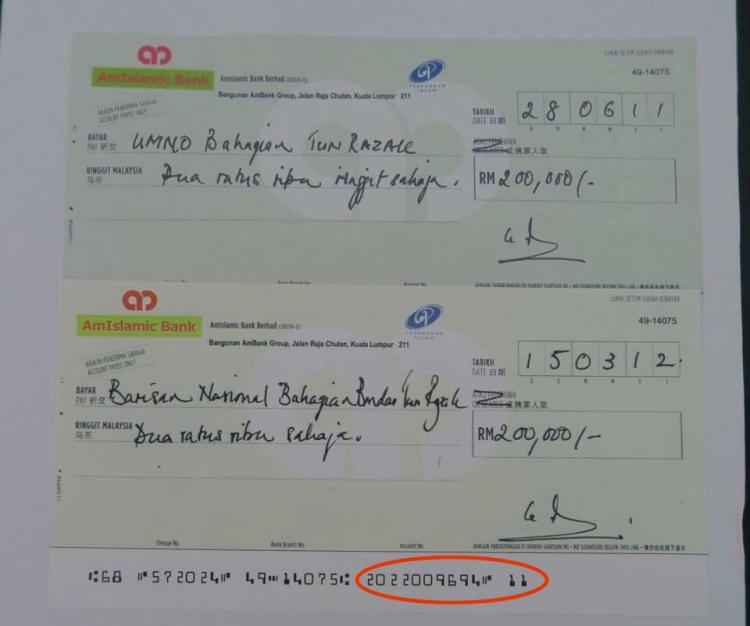 Cheques from the same bank account that received RM2.6 bn and more from 1MDB

Worse still, the bank account number shown on the cheques is the same at that of the AmPrivate Bank account belonging to Najib, which it is now known received numerous dubious payments between 2011 and 2015.

These payments included the notorious RM2.6 billion made 21st/23rd March 2013, which the FBI confirmed in July was stolen from 1MDB just three days previously and was then funnelled through intermediaries to reach Najib’s account.

Investigators have also traced several other earlier payments into the same account, including RM170 million in November 2011, which was traced back to the 1MDB subsidiary SRC International, itself funded by money borrowed from the pension fund KWAP: 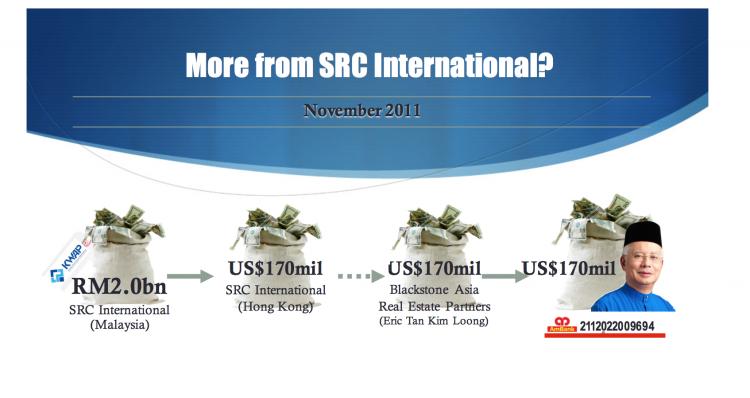 An earlier transfer into the same Najib Razak account

The Prime Minister has, of course, denied the money came from 1MDB, despite the mass of accumulated evidence. In true UMNO style he has claimed it came from a minor young Saudi Royal, whom he refuses to name, but whom bank documents suggest is AbdulAziz Al-Saud, a minor figure without that sort of money.

Nevertheless, the dubious origin of the money doesn’t appear to worry Zaharin Mod Yasin if it doesn’t worry his “boss”.  When Facebook commentators questioned the matter, he told them it “wasn’t his business” where the money came from! 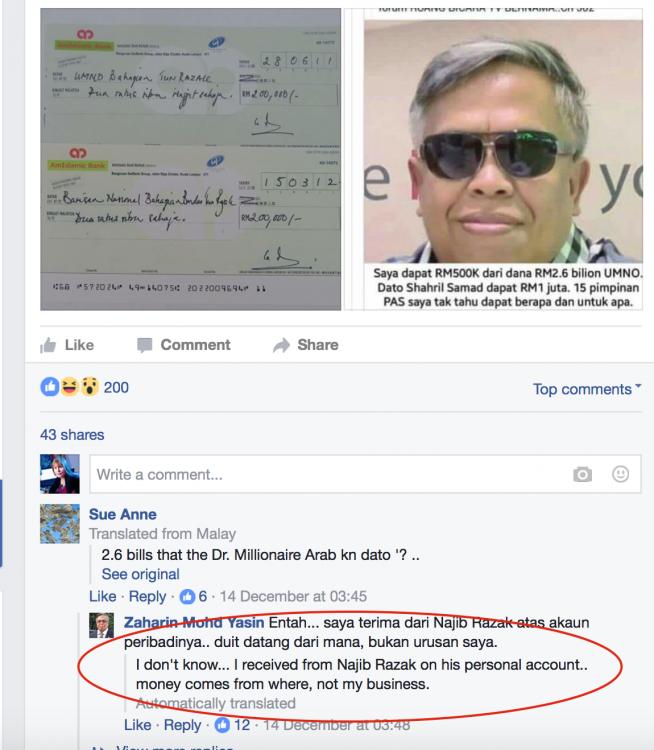 I don’t know… not my business!

“Did that RM2.6 billion come from the Arab Billionaire?” asked one comment?

“I don’t know… I received it from Najib Razak on his personal account.. where the money came from is not my business”

Sarawak Report begs to differ with this admittedly extremely open politician. If he suspects or has been warned that he may be in receipt of stolen public money via his President, it is his legal duty and moral responsibility to act immediately to report the fact and to take appropriate action as a representative and guardian of public trust.

Given the entirely inappropriate nature of this funding Zaharin Mod Yasin should have long since denounced his leader and sacked him.  He should not shrug his shoulders in such a fashion.

At least this particular UMNO member has been public with the information on his Facebook page, unlike legions of other UMNO political figures who are also believed to have received slush money from Najib.

Each and every one of these supposed representatives of the people have one over-riding duty, which is to the public and not to the person who is clinging on to the Presidency of their party.  Since he is paying out stolen public money to keep senior officials loyal they are all now in danger of being sucked into the criminal case themselves.

Unless such people act, instead of shirking their responsibilities and accepting yet more of these cheques, the reputation of their party may never survive this global public disgrace. And they themselves may have to face charges for their own part in this plunder of public money.