The new Chairman of FELDA, Shahrir Abdul Samad, was one of the people exposed for having received a big fat million ringgit cheque from Najib’s slush fund accounts, for which he has yet to give an explanation.

Najob moved quickly therefore to bring this UMNO backbench Chairman back to heel when he appeared to stray over weekend, after being appointed to head the plantation fund (instead of an objective business leader, which was plainly needed).

To begin with, Shahrir had clearly decided that he did not want to end up the figurehead of the next 1MDB scandal (times ten on the Richter Scale). Therefore, unlike Arul Kanda, he decided to cry foul rather than covering up and on Saturday went public with his concerns that RM4.3 billion of FELDA famers’ money cannot be properly accounted for.

It didn’t last long. One assumes it took a far larger cheque to get Shahrir to change his tune, but by Sunday evening the party stalwart had denied his earlier reported statement, rattling out a list of unbelievably expensive global investments to apparently explain where all the money went.

These inflated purchases consisted mostly of hotels, which have nothing to do with FELDA’s core plantation business and many of which the fund is now desperately trying to off-load, doubtless at a loss, in order to finance borrowing and debts… and looming BN election costs:

Shahrir was commenting on reports that ..RM6 billion received by Felda after the FGVH listing has not been accounted for.

Shahrir said the RM1.438 billion invested in the service sector, especially property involving hotels, was to ensure long-term investments that can be beneficial in the future.

Shahrir, who took over the post from Isa Samad, said Felda had also decided to sell a hotel bought by the agency in London at a cost of RM548 million in 2012.

So, why did FELDA spend hundreds of millions on these hotels, when much of its plantation stock was already in need of regeneration and the business needed to upgrade and improve its productivity on behalf of the long-term interest of Malaysia and its farmers?

Sharir must know that whilst 1MDB has moved the nation to righteous fury, that anger will measure nothing compared to the outrage and disgust of the hundreds of thousands of FELDA families, who have started to realise how all their savings and their patrimony have  disappeared with the sinking fund.

Back in 2012 the FELDA Global Ventures sell off was another of the new Prime Minister Najib Razak’s ‘economic master-strokes’.  Reuters reported that it was the 2nd biggest ever IPO after the Facebook stockmarket launch – it put Malaysia on the global map.

However, it also disposed of a hugely valuable industry that had been originally founded and nurtured in the interests of the working families, whose lands and livelihoods were tied up in the plantation lands.

Reuters recorded how at that time many of those farmers were therefore rightly worried and reluctant. They knew they could never buy back their heritage, which had grown so much in value in recent years.  However, Najib, also Finance Minister, knew how to tempt their worries away:

Felda’s listing plans were initially met with resistance from the farmers who partly owned the firm and feared the loss of control of an asset they had invested in for generations.

The government, a key shareholder in the firm via state-linked funds, sweetened the deal with windfall payments totaling nearly $5,000 each generated from the a fifth of the IPO proceeds.

To keep the farmers happy, government-linked funds and the domestic pension fund, which accounted for part of the institutional tranche, made a rush for the stock during the book-building process.

“This Felda IPO is an embarrassment,” said an official with a Malaysian bank-backed fund management firm. “About 23 percent of the book was allocated to ‘friends and family’, all at the expense of legitimate investors with potential synergies.” [Reuters 2012]

So, for around RM15,000 a family (a fifth of the money raised) Najib bought the resisters round and also directed a mass of government linked companies to join the rush to build up the stock market share price to astonishing levels.

At their height at the time of the launch shares in the new FELDA Global Ventures traded at up to RM5.46 (ringgit), whereas now after years of plunder and mismanagement they are trading at a miserable RM1.9.

It represents a horrifying loss for investors. Those include Malaysian government-controlled funds entrusted with the money of ordinary savers like Tabung Haji, which was encouraged for political reasons bump up the original share price. Opposition MP Rafizi Ramli has pointed out that the pilgrimage fund has lost a billion ringgit owing to the plummeting share value.

That means a billion ringgit of ordinary savers’ pilgrimage money has disappeared, thanks to the politically driven bad decision to pay far too much money for those FELDA shares – on top of all the other plunders that Najib has launched against this and other funds.

And the situation went from bad to worse. Under Najib’s original toady Chairman, Isa Samad, the money that had been made from that original IPO has by all accounts also been disappearing. As one insider has told Sarawak Report:

Such projects would appear to have included the ludicrous decision to buy a 37% stake in the Indonesian plantation business of Najib’s personal friend Peter Sondakh for $700 million, which was at least double its market valuation, last year.

Following that scandal the Employee Provident Fund, which has also clearly lost huge sums of ordinary Malaysians’ pension money owing to FELDA Global Ventures, pulled out of its investment in the fund. Yet, Najib has persisted in trying to force FELDA itself to invest in Peter’s projects. The reason seems blatantly obvious.

Where did the money GO?!

So, with all those developments the question facing Shahrir Abdul Samad, as the new incoming Chairman, was what has happened to the original $3 billion (RM15 bn) windfall made by FELDA at the expense of investors back at the time of that original IPO in 2012 (just before the election)?

Just four years later, after all, the fund is in difficulty and having to borrow money!

One fifth of the cash went on that up-front RM15,000 bribe to the farming families, in order to persuade them to support the public offering, according to coverage at the time and this is what Najib Razak layer told FELDA farmers as the 1MDB scandal broke in 2015:

‪”We must.. not blindly believe what is in social media. What is true is true, what is false is false,” he told some 500 Felda settlers.

‪He also stressed since he had Felda under his watch, he had spearheaded many “changes” that were “unseen before”, including ensuring better living conditions for Felda settlers.

‪Najib labelled the interest free loan given to Felda settlers to upgrade their homes as the “best loan in the world”.

‪”Which other country has a loan this good? I look at the settlers’ homes and they are quite well-built,” he said.

‪Under the scheme, each settler was allowed a loan to a maximum of RM40,000 to upgrade their homes, without interest.

FELDA’s farmers will have to settle on Najib getting a good price for the none too glamerous Kensington Hotel, because he is without doubt planning on using it for their next election bribe. 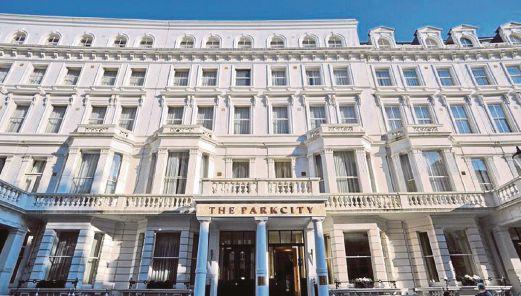