Sarawak Report has received evidence that un-edited interviews filmed with leading opposition figures as part of a planned documentary on 1MDB have been passed to BN.

Sources claim this because of an on-going collaboration between a senior British member of the production team and high level operatives close to Najib Razak. The producer has spent much of the last year in KL seeking interviews with people who have been vocal about 1MDB or critical of the regime.

The documentary is a co-production between two UK companies named ‘Salt Lick’ and ‘Roast Beef’ and the producer has, according to the sources, recently “met with senior and close representatives of Najib Razak’s administration, during a trip otherwise dedicated to interviewing the Prime Minister’s opponents for the film”.  That visit took place between Monday 14th November and Tuesday 22nd November.

Particularly concerning is the fact that material from interviews allegedly passed to these government agents has been made available to Sarawak Report.  Given the sensitivities, there seems no acceptable reason why any such material should have fallen into the hands of third parties in KL. 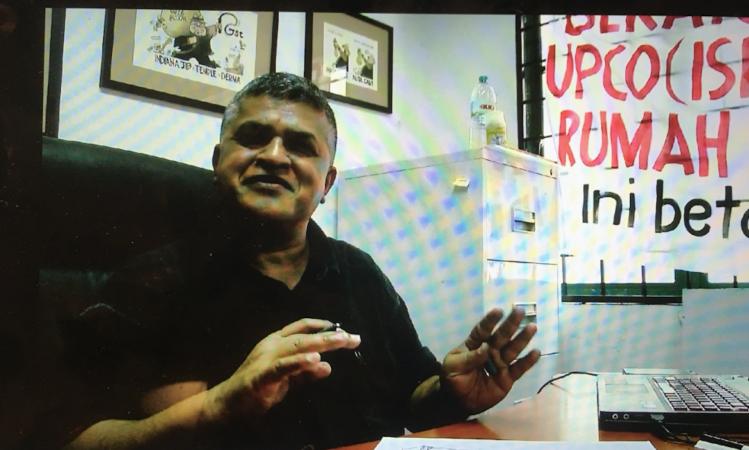 Cartoonist Zunar was one of the interviewees allegedly ‘betrayed’ to BN

A figure who has been involved in sourcing funding for the film project on the basis of its proclaimed civil society agenda has told Sarawak Report that he is shocked, concerned and disappointed. “I will get to the bottom of this” he said.  The supporter added that he could think of no ethical reason why third parties in KL should have gained access to material filmed for this highly sensitive production. “This should be treated as highly confidential material” he told Sarawak Report.

The whistleblowers, who informed Sarawak Report of their concerns, explained they are particularly fearful that such tactics might provide government agencies with information that could be used against civil society activists, artists and political figures who are currently being targeted by the regime, which is seeking to crack down on critics of corruption in the wake of the 1MDB revelations.

Najib has instructed a number of arbitrary arrests and incarcerations of critics under new terrorist offences, which have been widely condemned worldwide for being abused.

One of the prime targets of this crackdown has been the political cartoonist Zunar, who has been arrested on numerous occasions for drawing “unflattering” pictures of the Prime Minister and his wife. Zunar also faces a potential 43 year jail sentence after being charged for Tweets criticising the judgement against the now jailed opposition leader Anwar Ibrahim.

An interview with the cartoonist was one of the items passed to BN’s inner circle from the Salt Lick/ Roast Beef production, according to the evidence we have received. The cartoonist has confirmed that the material was from the interview he recorded with the film-makers in his office last July. He had already given them a previous interview earlier in the year. 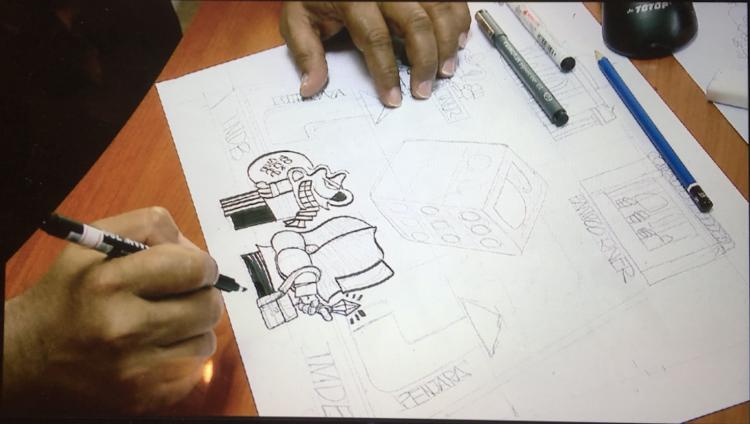 Zunar confirms this was the interview he did for Salt Lick. So why has it been passed to third parties?

The film crew also recorded him drawing a cartoon about 1MDB, which later appeared in the newspaper Malaysiakini:

“Yes, I am very, very angry, especially if there was any money that changed hands for this or if it was used for some different agenda besides just for making the movie”

the cartoonist told Sarawak Report. However, he said that he had nevertheless made his remarks openly.

The film-makers have said that they are primarily using the investigative material made public by Sarawak Report as their information resource for the film, which gained its initial funding in 2015 and was promoted last April.  However, Sarawak Report has engaged in no collaboration with the production.

UPDATE
The production company has now responded to our article to say that they just discovered yesterday that their vimeo account was hacked, but they are not sure how, who by or when. They say only editied interviews were uploaded. They deny the reports Sarawak Report has received over a period of several weeks that information was being passed by a member of their team to BN contacts and claim the material given to Sarawak Report was part of  “a disinformation campaign”.