Cheques To One Side, What Did Najib Do With The RM43 Million In CASH?

The leaks from the 1MDB investigations have multiplied in recent weeks and been confirmed by several acknowledgements.

The Malaysian Indian Congress Treasurer Vall Paari is the latest to have admitted that his party did indeed receive just under RM20 million in cheques, signed by Najib from his personal named bank account.

Sarawak Report gleaned this information from Task Force investigation documents and we have revealed that hundreds of other similar cheques were paid to Najib’s allies. 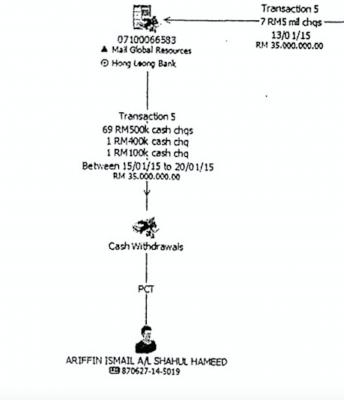 Why all these enormous cash withdrawals in early 2015?

Yet, according to further documents from the same trove of material, much of which has been released online, huge further sums were separately siphoned out of 1MDB/SRC in the form of cash.

The earlier RM8 million was likewise cashed through 16 RM500,000 cheques in December. 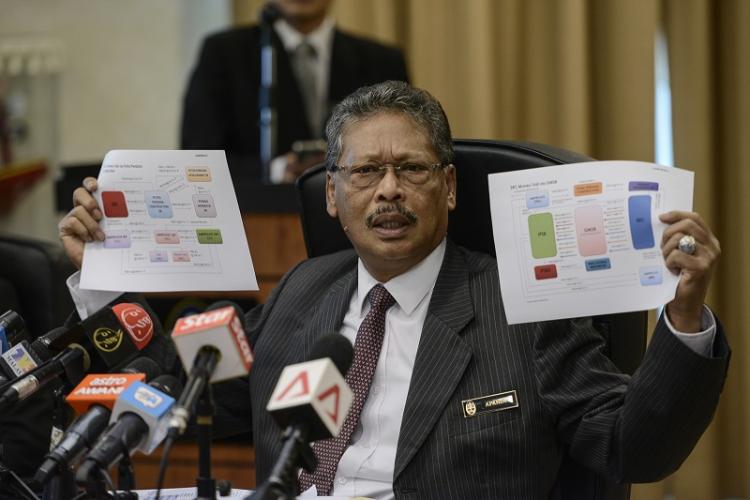 Given that just this weekend Malaysia’s Inspector General of Police (IGP) confirmed that Attorney General Apandi has indeed requested him to reopen investigations into 1MDB, a full year and a half after he had announced the entire cased to be ‘closed’,  we suggest the destination of these cash payments ought to be included.

After all, it was AG Apandi who first alerted the public to the role of the Jho Low connected company Putra Perdana Construction Sdn Bhd (PPB) and its subsidiary Permai Binaraya Sdn Bhd in these transfers.

At the press conference ‘closing’ Malaysia’s 1MDB investigation he had waved MACC documents which revealed that a futher tranche of RM27 million had gone into Najib’s accounts (over and above the RM42 million previously exposed by Sarawak Report and the Wall Street Journal in July 2015).  The money trail, which showed the transactions involved PPB and Permai Binaraya: 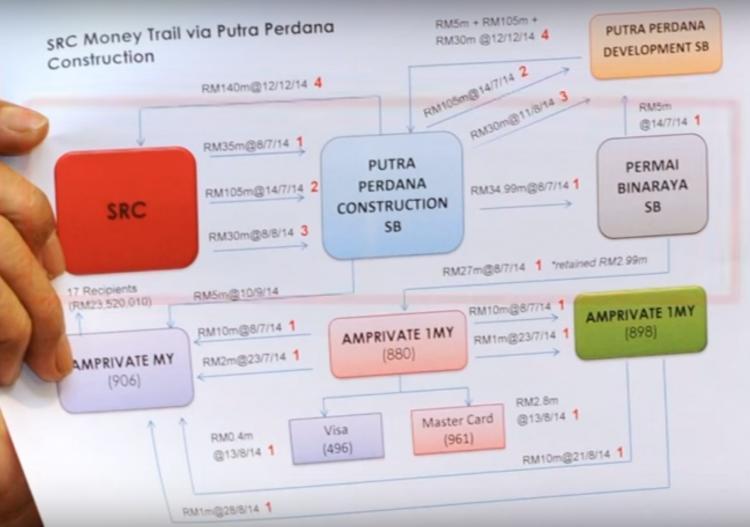 AG was the one who let the cat out of the bag!

According to the trail (below) money passed from Permai Binaraya Sdn Bhd back through the 1MDB subsidiary SRC International in January 2015 and then through the two established intermediary companies Gandingan Mentari and Ihsan Perdana, controlled by cronies of Najib.

RM35 million of that money was then transferred using 7 RM5million cheques to Mail Global Resources on the 13th of the month.

Mail Global Resources Director, Ariffin Ismail then proceeded to remove that money from his account between the 15th and 20th of the month through that astonishing series of 71 monster cash payments, apparently cashing the  cheques at the till at his branch of Hong Leong Bank. 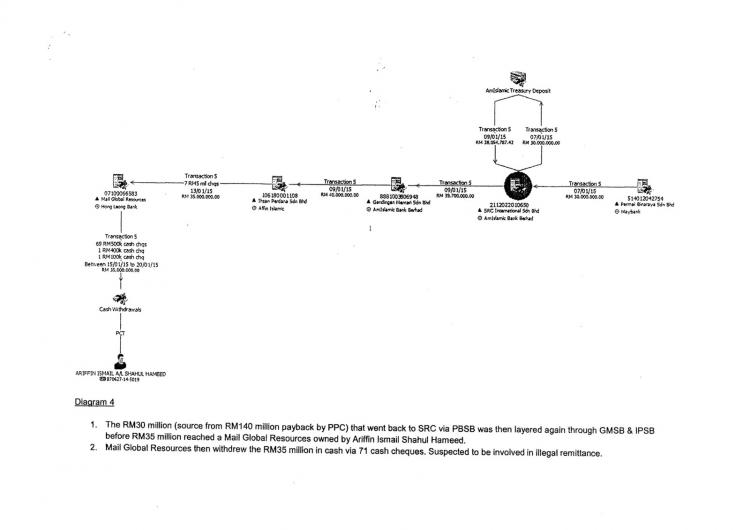 Suspected to be involved in illegal remittances – and linked to 1MDB

What did the bank think it was doing facilitating such enormous cash removals?  Leaked papers likewise show a similar trail for the RM8 million removed in 2014:

Ariffin was at it again with 16 cash cheques earlier in December 2014.

“1. Out of the 1st layering in Dec 2014 through Gandingan Menteri Sdn Bhd & Ihsan Perdana Sdn Bhd, RM8 million of the RM40 million received by IPSB was then transferred to another IPSB account before reaching Mail Global Resources.
2. The RM8 million was withdrawn in cash via 16 cash cheques” [Transaction 4

Since this money has been identified by investigators as being clearly linked to 1MDB and suspected of being illegal remittances, it is staggering that having seen these documents the AG closed down the investigation in the face of protests from the MACC and Central Bank.

The link to the 1MDB investigation is strengthened by the fact that it was reported way back in the earliest days of the investigation in 2015 that the self same Ariffin Ismail Shahul Hameed had been arrested by the 1MDB Task Force – he was the 4th person to be picked up and questioned, before being released on bail set at RM50,000.

Since Ariffin has clearly been identified as an agent in this network of conspirators Malaysians have a right to have the matter brought to trial, in order hear what he did with all that cash.

Until then, they have a right to assume that like the rest of the SRC money it was used by Najib for his private and political purposes in the early months of 2015, which was a period of high political intrigue and one very expensive Najib family wedding.

There is another troubling aspect to this whole affair, already been pointed out by DAP Finance Spokesman Tony Pua, which is that the series of transfers coincided with a mysterious buy out of 30% of the company at the centre of these manoeuvrings, Putra Perdana Construction Sdn Bhd (PPB), by none other than the government-controlled pilgrimage savings fund, Tabung Haji.

Pua points out that the complex money trails give an appearance that money borrowed from SRC was eventually returned by the Jho Low connected PBB, shortly after that buy out in November 2014.  Pua has therefore asked the question whether Tabung Haji, which is controlled by some of Najib’s closest cronies, including Chairman Abdul Azeez Abdul Rahim MP, was in the end used to bail out the entire theft?

It would not be the first time that the Prime Minister has been caught putting his hands into the pilgrimage fund to conceal thefts from 1MDB.  He was also exposed for using the fund to buy land from the development fund at a ludicrously expensive price in 2015, thereby enabling 1MDB to meet a desperate debt repayment.

When challenged at the time the PM claimed that Tabung Haji had got the land cheap and would re-sell it for a profit in a month – there were three buyers competing, he promised.  Lucky Tabung Haji!  Except, there was never any buyer and Tabung Haji remains hundreds of millions out of pocket on the ‘deal’.

Something for people to think about this Hari Raya?