Senior police officers have numbered amongst those picked up along with figures described as ‘intermediaries’, who were allegedly controlling the operation on behalf of even more senior police officials at Bukit Aman, according to reports that found their way to the media.

The investigation, went under the name of Operation Gopi and large sums of cash have been discovered in the possession of a number of the detainees, including a staggering RM800,000 tucked away in the police quarters of one officer.

It has been further reported that the state officers concerned were effectively saying they had been pressured by the intermediaries who had senior contacts at police HQ (Bukit Aman) to do the collections of cash in order to keep their jobs.  If they failed to cooperate, they told interviewers, they would be removed and indeed several have been removed for refusing to do so, say sources. 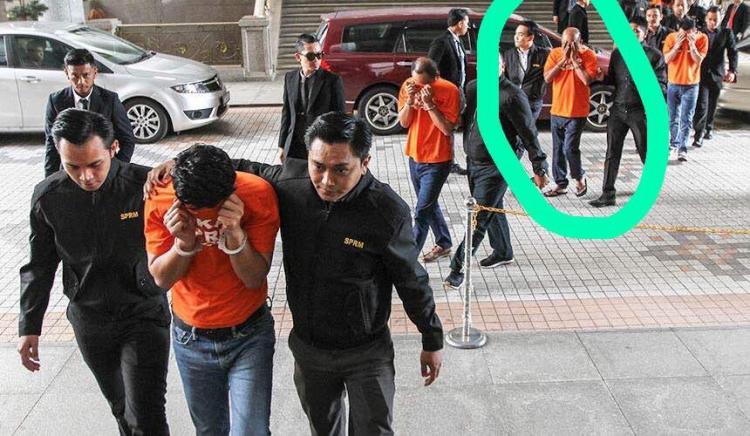 ‘Gopi'(circled) was among those arrested and taken to court

Sarawak Report has learnt from reliable sources that the key intermediary concerned was one Gopinathan Krishnan, known as Gopi.  Hence the name Operation (Ops) Gopi.

Under questioning Gopi has admitted everything to his interrogators, corroborating the information that has already appeared in the newspapers about high up police in Bukit Aman using him as an intermediary to manage the collection of the payments from illegal operations in Malacca.

It appears the protection racket was by no means restricted to Malacca, however, but is part of a multi-million ringgit collection scam operating right across Malaysia that has developed over the past few years.

The allegation is that it is being run from the very top of the police force and there is now considerable push-back under way, with allegations that the MACC have been ‘victimising’ and ‘targeting’ police officers and that the investigation ought to be brought to a close or taken over by the police themselves.

Given this state of affairs, it is material and ought to be known that Gopi allegedly listed in his phone book a number of very senior officers indeed (and people connected with them) whom he regularly rang. Under the circumstances it must be explained why he was in reguarly in contact with these senior officers. 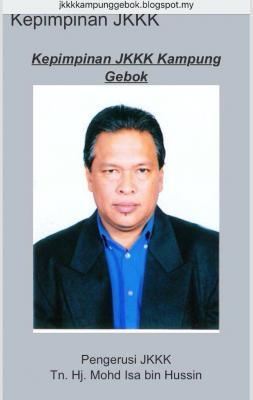 After all, this protection racket has been admitted to by the arrested officers, the intermediaries and even some of the illegal operators who have spoken to reporters and have now closed their shops in Malacca.

So, these unfortunate connections simply cannot be ignored and in any normal situation all those very senior officers who had been contacted by Gopi would take a leave of absence while the matter was being investigated.

Thanks to phone billing information dated in April this year Sarawak Report is able to identify one of these senior figures linked to the Bukit Aman hierachy.

We refer to none other than the brother in law of the Inspector General of Police (IGP) Khalid Abu Bakar, who runs an arms selling business together with Khalid’s daughter.  His name is Mohd Isa bin Hussin and he is the village chief of Gebok, Mantin, Negeri Sembilan. 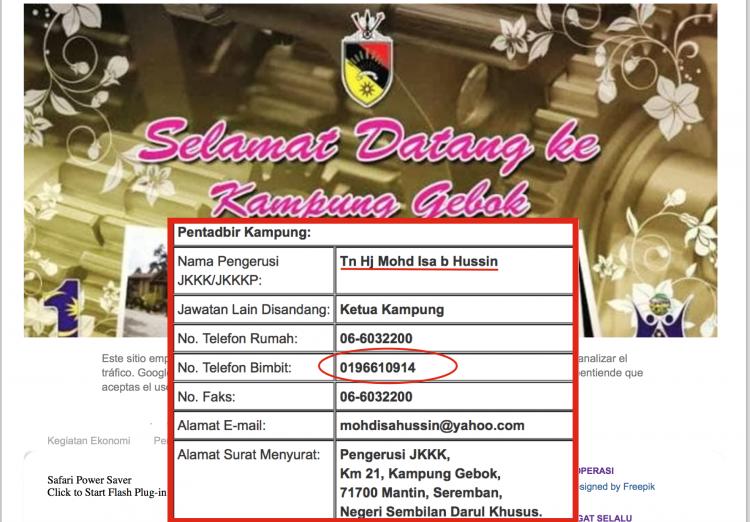 According to data seen by Sarawak Report Gopi rang the IGP’s brother in law 7 times during the month of April. Given that he is now under arrest for allegedly acting as the lynch pin in a police protection racket managed at the highest levels within the police force, Khalid and Isa bin Hussin clearly ought to explain the reason for those calls.

It must also be noted that all these calls were very quick.  Gopi wasn’t having to introduce himself or circle round to the reason for his call. Both people apparently therefore knew each other well and understood the purpose of the call. They were able to dispense with matters quickly, despite having to perform a couple of updates over the hour.

Maybe it was an invitation between friends (golf) and maybe Isa bin Hussin needed to check his own availability?  Under the circumstances, whatever the reason, it should be checked and explained – no way should investigations be dropped or complaints about ‘witchhunts‘ be entertained.

The communications appear to have continued in April. Sarawak Report understands that Gopi rang Isa bin Hussin again the following day in the morning, when they chatted for a little over a minute

and then two days later on the evening of 13th April, when they chatted for nearly three minutes and lastly on 20th April when they had a relatively lengthy natter lasting nearly seven minutes.

So, let’s hear the explanation as to why this alleged full-time police protection racketeer was talking to the brother in law of the IGP, with whom we know he was in direct business through Nilai Arms?

The IGP should further make clear if there have been any other contacts between Gopi and people close to him either personally or professionally and whether or not he was also in Gopi’s phone book.

If there were such contacts he should, of course, recuse himself from going anywhere near any of the investigations and step aside from his position whilst they are underway.

Extending Khalid’s period of office beyond the statutory retirement age, which he reaches this year, is plainly even less acceptable under the circumstances, although this is Najib’s present intention.

Perhaps the Prime Minister is starting to regret having set the MACC onto a full-scale corruption probe into any topics – with the exception of 1MDB.