The Malaysian Prime Minister’s addiction to anonymous defamation appears to have spawned yet another website, dedicated to none too subtle attacks on Sarawak Report.

The construction of these websites over the years has provided a healthy alternative income for under-employed journalists and private investigators, usually based in western countries and all at the expense of the hard-pressed Malaysian taxpayer.

The latest, clearly well-financed, black ops site has been promoted for about a week, making ‘sponsored site’ payments to the likes of Facebook to boost their unattributed attacks and flogging all the usual social media tactics to spread their allegations as widely as possible.

Inevitably, the product has therefore floated back to us from outraged well-wishers. But how to challenge someone that dares not show their face?

The brand new site goes under the name of Corruption Watchers and immediately gives its game away by dedicating its entire home page to an attack on (surprise, surprise) the Editor of Sarawak Report.

The site, which is an off-the-shelf vehicle from an online shop that can be bought by any aspiring anonymous blogger, of course pretends to also deal with a large range of other global issues (as do all such similar commissioned outfits).

The tag for ‘Clare Rewcastle Brown’, nestles between such grand themes as ‘Africa’, ‘The Americas’ and ‘Panama Papers’. There is only one other individual mentioned in this thematic list, which is the philanthropist also being targetted as part of the attack against Rewcastle Brown.

If this wasn’t already a little too obvious, further digging quickly exposes the ham-handed deceitfulness of the hidden authors.  Click on the other articles, which are also presented as if they were original material generated by the site, and you see they are just lifted from other publications like Bloomberg or the NGO Global Witness.

The obvious intention is to give the impression that Corruption Watchers is an established site providing a range of journalism (minus the usual by-lines), of which the attack on Sarawak Report is just a part. In fact, the blog’s only purpose is to discredit SR.

These sorts of sites have become a regular social media phenomenon and these are recognisable characteristics. They represent part of the ‘new media portfolio’ that tends to be offered by reputation managers of a certain kind for rich clients of a certain kind.

If the creator of Corruption Watchers gets himself another client, for example, then articles directed at that further target are also likely to pop up alongside the attacks on SR on the same vehicle.  The outfit Open Source Investigations, which also started life attacking Sarawak Report, has evolved in this fashion.

But, if these paid accusers are not prepared to put a name to their accusations of “hypocrisy at its worst” or allegations that this editor is getting “big money” for criticising deforestation and kleptocracy, then what worth is their name calling?

It is plain they haven’t got the guts to stand up in court and try to prove their libellous claims. After all, in this article ‘Corruption Watchers’ are not just libelling Sarawak Report they are also inaccurately defaming a reputable Swiss foundation, which did support Radio Free Sarawak from 2010-2015. 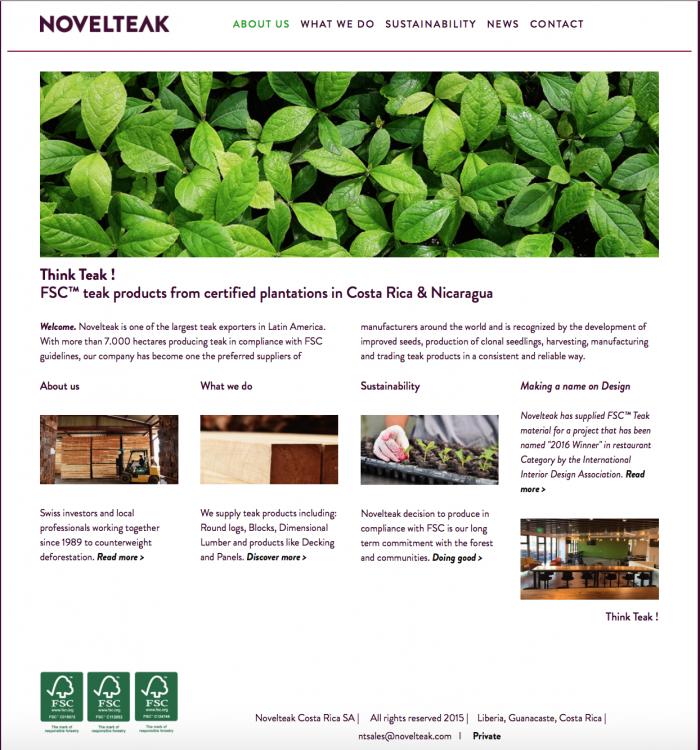 Based on no evidence at all, the blogger carries on to claim that Sarawak Report plays a complex and nefarious role in promoting what it describes as a “wood cartel” supposedly promoted by the same foundation.  In fact, the founder is linked to an award-winning sustainable teak plantation. Nevertheless, we are accused of  “hypocrisy at its worst“!

“By non-stop targeting of Malaysian officials and the daily criticizing of the deforestation in the country Brown sabotages Malaysia’s legitimacy as a traditional wood exporter, by that actually serving Novelteak main objective – eliminating competition in the Teak exporting field.”

In the same vein, Sarawak Report has previously been accused by similar sites of being paid by opposition politicians from Malaysia or alternatively the rape seed business in Europe (considered competitors to palm oil). We have also been accused of being part of a global plot by energy providers, owing to our criticism of 1MDB’s corrupted power projects. Our accusers surely need to make up their minds – or are they saying that all these outfits are paying us at once?

And what about the futher money we have been alleged to be receiving from something described as a  ‘Global Jewish Plot’?

We can confirm that all of the above is nonsense and that Sarawak Report is a voluntary project. It is plain that the only readers likely to put much store by such blogs are the people in Putrajaya, who clearly commissioned this one like all the others.

The first such attack on Sarawak Report was back in 2011, when a UK company called FBC Media was paid RM15 million in taxpapers’ cash by Sarawak Chief Minister, Taib Mahmud to villify the editor.  We received a copy of the contract, thanks to disgusted insiders and published it.

The same company had also employed the same vehicles (including a website called New Ledger) to attack Malaysia’s opposition leader Anwar Ibrahim. Our investigations revealed that the Prime Minister’s Office had paid FBC Media over RM80 million ringgit for the defamation campaign against Anwar.

New Ledger, which purported to be directed at Texan readers in the US, was therefore all about Sarawak Report and Anwar Ibrahim and its articles were all deliberately “bounced back” into the Malaysian client mainstream media and re-published as if they represented informed opinion in US media circles.

Najib should really attempt to use truth and argument to win around followers, because this form of wasteful and clumsy propaganda is plainly beneath the intelligence of the vast majority of the Malaysian electorate..