Following her jolly jaunt with a score of ‘high achieving students’ to London and Oxford earlier this summer, Rosmah has been complaining that her foundation PERMATA needs more public money and suggesting that her husband the Finance Minister ought to find it.

Perhaps the life chances of her privileged elite students need further enhancing with a second trip, maybe next time to Paris and the Sorbonne?

You can’t make cookies without forking out for flour, was the home-style explanation provided by Rosmah, as she laid out her request for more public money.

Yet Sarawak Report can demonstrate that Najib has already found a large sum of public money for PERMATA, using one of his private accounts funded by 1MDB.  No less than RM5 million were paid to PERMATA from his account 211 202 2011898 on 29th August 2013:

Account number 898 at AmIslamic Bank was one of the accounts opened up for Najib by Jho Low’s key flunky Nik Faisal, who also acted as the Investments Manager of 1MDB and the CEO of the subsidiary SRC International.

The account was in the name of Najib, but Nik Faisal was managing the payments of large cash injections, according to this letter to the bank. 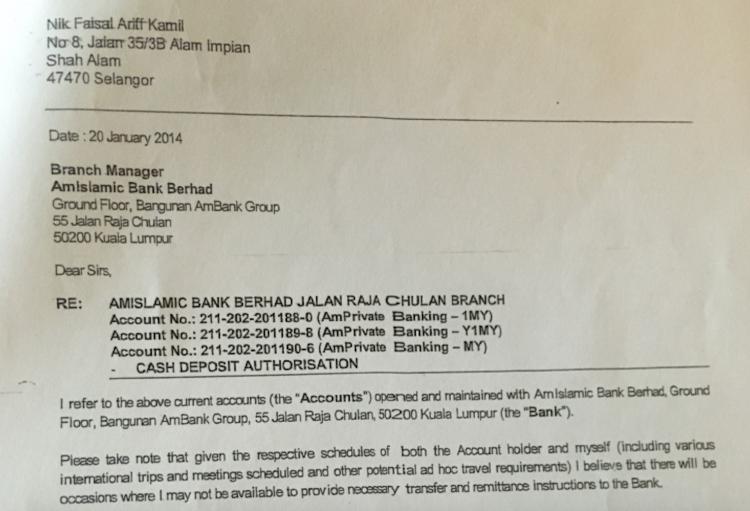 Nik Faisal managed the account, but it was in the name of Najib

It was AG Apandi himself who confirmed that this account was one of those owned by Najib that was investigated by Malaysia’s task force investigations before he closed down the investigations.  The New AG held up MACC documents during the very press conference where he lied that there was no evidence of money missing from 1MDB. The charts showed exactly how the account fitted into the money trails. 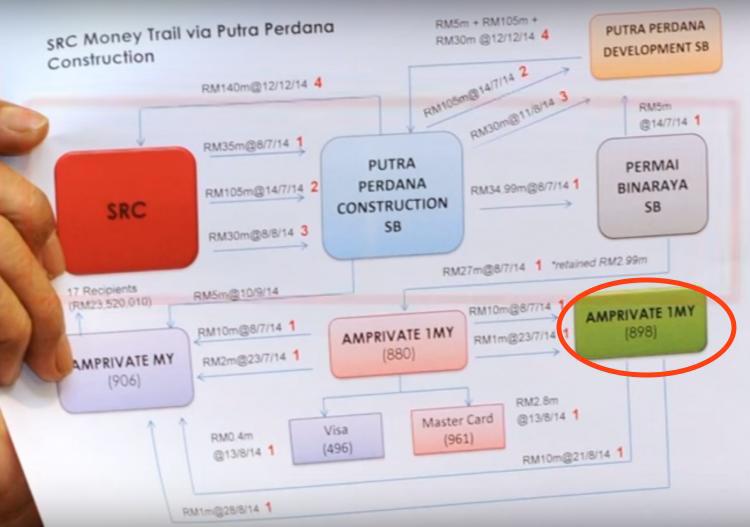 In the hand of AG Apandi

This is of course not the first payment made to Rosmah and her activities from 1MDB related accounts, as Sarawak Report has on several occasions reported. PERMATA is designed to help young people, which is a far more laudable activity at least, than say dubious hormone therapies or diamond shopping expeditions in Sardinia.

On the other hand, Rosmah Mansor has been accused of relentlessly using the charitable foundation as a PR tool for herself and she appears to come up with her own ideas about what is best for beneficiaries, rather than defering to more independent boards of experts – such as her personally led trip to the UK.

Given these long-standing questions about PERMATA and the concerns over 1MDB it might make an appreciated gesture if Rosmah were to cash in, for example, her $27 million dollar pink diamond necklace, bought for her out of money stolen from 1MDB by Jho Low or even just some of the list of others bought for her, as described by the Department of Justice filings in June of this year, if she wants to increase her network of PERMATA centres:

Rosmah might find that most Malaysians could be persuaded that PERMATA is a much more appropriate use for the money, whereas listening to her pleading for yet more public money to be spent on her favourite PR vehicle at a time of austerity for the majority of people is causing serious anger.