Sarawak’s brand new dam at Bengoh is visibly leaking. The people in charge, headed by the Minister for Utilities and backed up by none less than the Speaker of the State Assembly, first told us that it was perfectly normal and the water was coming through pre-designed construction joints.

On being challenged that it is not coming through such joints, they clarified that it is a leak that does need to be rectified, but claimed that there is nothing to worry about and that it happens all the time with dams.

It doesn’t happen all the time, particularly with brand new dams, and the water-levels are now being lowered to take the pressure off and presumably to also allow for reparations to begin.

Yet, Sarawak Report has been informed that the local contractor, Naim Holdings (a Taib family company of course) is presently locked in battles with its Chinese partner, Sinohydro (the builders of Bakun, where we already have exposed serious construction failings) over who is responsible.

What they really care about, of course, is who is going to have to shell out the cash to solve the problems (assuming the those problems are surmountable).  On the subject of money, meanwhile, Sarawakians are inevitably wondering aloud if the leaky dam has anything to do with a leaky project?

It is, sadly, standard practice for the lion’s share of the cash to leak out from any government funded project in Sarawak. Hence, the lamentable lack of infrastructure throughout the interior of the state.  When money leaks out of a dam, however, water is likely to start leaking also: in the case of Bengoh from the very moment the levels rose.

Since Bengoh is brand new and since we are reliably told water is even running down the walls of the control room, situated inside the dam wall, we would suggest that anyone involved in its construction, including the engineering consultants KTA (which enjoys a longstanding cosy relationship with Taib’s CMS) have questions to answer and a job on their hands to made good shoddy work.

Naturally, this state of affairs has concentrated minds on the safety of those downstream, in the event of a worst case scenario.  No worries there apparently, since the Minister for Utilities and Speaker have publicly announced that an evacuation strategy – the so-called “Emergency Response Plan” – is already in place with all affected communities well-primed on what to do should warnings ever be given.

To make people even more reassured, the Sarawak authorities have relied heavily on the narrative that the entire process of construction and the monitoring of the present leak situation has been overseen by a top UK company, Halcrow, along with Australian experts.

The Speaker even went on to name the professionals from Halcrow, whom he implied could vouch for the top international standards employed throughout the building of the dam. However, when Sarawak Report checked the company it became clear that Halcrow has long been taken over by CH2M, a company in the United States. 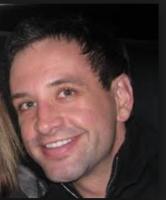 Furthermore, when we contacted one of the named UK professionals he confirmed he had not been personally involved in Bengoh for several years. He then put our various questions over to CH2M’s Communications Director, Brian Morandi, in Colorado USA, to be answered.

Brian replied “We’re looking further into the matter and will report back shortly” to our queries last month as to whether his company would confirm that it had closely monitored the construction and safety of the dam and could vouch for high standards, safety and the non-threatening nature of the leak?

However, it took well over a week and two prompts from us before he did so.  This is what he said in answer to our detailed list of questions and request for confirmation that his company could vouch for the monitoring and standards employed in the construction of the dam:

“While we are not at liberty to comment on recent work performed by contractors, vigilant monitoring and maintenance are an integral part of managing all major infrastructure, including the Bengoh Dam.”

According to Sarawak Report’s own sources of information, however, Mr Morandi has been less taciturn with his contacts in Sarawak. It turns out that he has been personally engaged over the past couple of weeks attempting to negotiate a new multi-million dollar contract, not for monitoring or construction work on the dam, it has emerged, but to organise an evacuation plan. CH2M are apparently asking for a very great deal of money for the job.

The problem is that we are talking about an evacuation plan that the Sarawak authorities and the dam contractors have persisted in alleging is already in place.  This is despite the fact that enquiries have started to make plain that the claims by the Kuching authorities do not hold water on the ground, where villagers and headmen say they are completely in the dark about what they are expected to do in the event of any kind of emergency.

On November 23rd a so-called dialogue took place, which had been touted by the Minister for Utilities the previous week, when headmen were supposed to receive a briefing on behalf of potentially affected villagers downstream. However, it turned out to be a flop, owing to a no-show by officials from the Public Works Department.  Representatives from the consultancy KTA did show up, but said they could not say anything to the villagers, because of the absence of the state authorities. Headmen rightly protested their time had been wasted.

Enquiries have now been made at five of the key communities in the potential danger zone, upstream and downstream, who are supposed to have already been briefed and integrated into an allegedly existing Emergency Response Plan.  The village chiefs upstream confirmed they were never invited to the so-called “lab” for the Emergency Response Plan (ERP), on the stated grounds that there was as yet still no ERP to brief them about.

This would corroborate the information that CH2M are busy touting for the work, however it further contradicts the State Government’s claims that evacuation proceedures are already in place (given the dam is already leaking).

On the other hand, three village chiefs downstream say they did attend a “lab” conducted towards the end of 2016.  What all three confirmed was that all they were instructed about at this “lab” was that there will be no possibility of a dambreak because the dam was built at “above international standards”. In other words, no need for an evacuation plan, because of the impossibilitiy of any problems whatsoever.

Again, this evidence corroborates the poorly substantiated claims, made repeatedly by the Sarawak authorities, that the dam is of the highest construction standards in the entire world, but it makes a mockery of the idea that there is an evacuation plan in place.

Instead, it appears that the only plan in hand is for a Whatsapp Chat Group, according to a researcher to spoke to villagers on the ground.  Even that is yet to be set up:

“The village chiefs were adamant that they had asked about the effects and consequences to their villages in the circumstance of a dam failure. They were only given the reassurance that there will be no dambreak
The “lab” was supposed to relate to 3 matters:
1 The villages were to identify an area for evacuation, in case of emergency;
2 A siren was to be installed in each village to warn the villagers of emergency;
3 There would be a follow-up briefing (date not determined) on emergency response.
That was the reason why the village chiefs attended the dialogue session on 23.11.2017 thinking that they would be briefed on the ERP.  They asked about the siren that had not been installed.
They were only told that there will be a whatsapp chat group which will be used to notify them of any impending danger.

Recent talk by the authorities has now indicated that some sort of programme for evacuation will in fact be enacted in April next year – depending, possibly, on whether Mr Morandi’s high prices can be negotiated in time?

CH2M is apparently a winner of various ethical awards back home in Colorado, so the company will be well aware that transparency and openess, particularly with affected communities, is a high priority when it comes to ethical construction standards relating to mega-projects. Likewise, total honesty.

People in Sarawak so far have been receiving none of the above from their state government and the bare minimum of communication from this foreign company, whose actual role in Bengoh remains extremely unclear.

If CH2M does receive the contract to organise evacuations, then there is vast room for improvement over the present situation.  Meanwhile, following the company’s above acknowledgement of its involvement in Bengoh, fuzzy though it has been, CH2M had better get down in there with the negotiations between Sarawak and China about the reparations needed.  Because, their reputation is now on the line with all the rest.