Sarawak Report has maintained a theme, which is that the consequences of criminal behaviour and the greedy abuse of power by kleptocrats in Sarawak and Malaysia has global consequences.

The same people behave the same way when they transport Sarawak’s wealth to places like Britain, Australia, the United States and Canada.  So, just as Sarawak’s natives were chucked out of their indigenous lands by the Taib family by the hundreds of thousands, now native Londoners, who can’t afford to live in a capital awash with dirty foreign money, are being chucked out of properties this family has bought with the proceeds of their pillage of Sarawak.

Homeless campaigners have been drawing attention to a court case being held today in London to exact the eviction rights of the owners of 204 Portland Street, which is one of the poshest and most expensive parts of London where a large chunk of the Taib family’s London property portfolio is based.

The developer concerned is called W1 Developments, parent of Ridgeford properties whose owners are Taib’s daughter Jamilah and son in law Sean Murray.  Jamilah is a front for her father’s investments and Sean’s cousin Christopher Murray runs the London outpost of their empire, which is centred in Canada, but which has gone global.

They will doubtless succeed in throwing the homeless squatters out of their empty property (which has yet to be developed) and onto the cold London winter streets, because so far Malaysia has failed to challenge the Taib family over their plundered wealth and therefore the property is officially theirs.

However, it is just this sort of scenario that the FBI and DOJ warned about when they launched proceedings over the 1MDB thefts by the corrupt boss of Malaysia, Najib Razak, who has chosen to protect and promote Taib Mahmud, rather than act on the MACC investigations into his ill-gotten wealth.

Then Deputy Director of the FBI, Andrew McCabe warned that if well run and law abiding countries allowed the ill-gotten gains of criminals and kleptocrats like Taib and Najib to be laundered through their capitals, mainly through such property transactions, then these countries also would become contaminated by corruption. 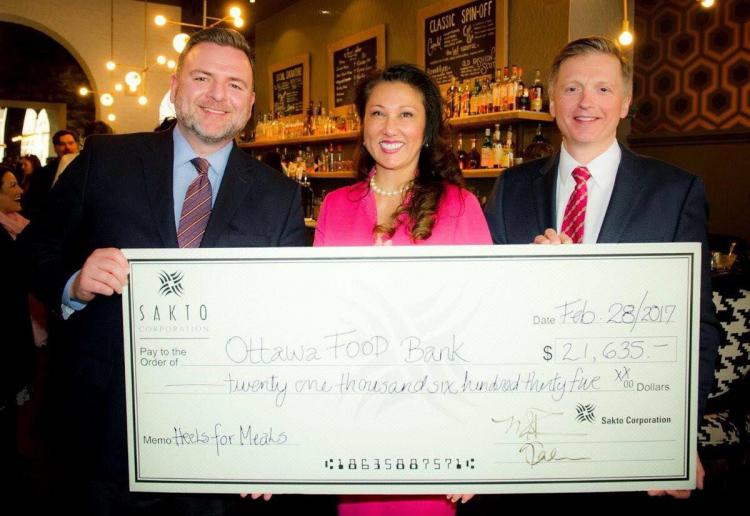 Jamilah Taib and husband Sean Murray – Playing the philanthropists in Ottawa, but what about the hungry, deprived and uneducation people without hospitals in the country whose wealth they took?

Taib’s money is being funnelled by the Murray family into political donations and extensive influence buying in Canada.  They intend to make themselves powerful and they are not in the business of the greater good of the democracy in which they have established themselves – certainly not in reducing homelessness!

Both the UK and Sarawak therefore have an interest in rooting out Taib’s criminal money and returning it to Sarawak where it belongs.  Kleptocrats are a global menace along with all those prepared to take their money and turn a blind eye to criminal exploitation across the world.