Sarawak Report has obtained further exclusive information, following the release of emails last week that revealed a ‘power couple’, linked closely to Donald Trump, planned to make millions of dollars for getting Najib Razak and Jho Low off the hook over 1MDB – by exploiting their influence over the President.

Last week the Wall Street Journal confirmed that Robin Broidy, a laywer with the firm Colefax Law had admitted to drawing up a contract  with Jho Low, whereby on top of an US$8 million retainer, the fugitive billionaire would pay her firm a US$75 million bonus if she got the 1MDB case dropped within 180 days, which would fall to US$50 million if it took up to 365 days.

Separate emails showed that the plans to achieve this did not only involve presumably high-powered legal actions, but also the inappropriate exertion of political influence through her husband, businessman Elliot Broidy, who is a senior fundraiser for the Republican party and close to Donald Trump.

Elliot Broidy was hard at work at the same time, the correspondence shows, in exploiting his own contacts with Rick Gates, the lobbyist who was the key assistant to Paul Manafort, Trump’s former campaign manager, who has now pleaded guilty to tax evasion and is further being probed for his role in a suspected Russian plot to influence the US election campaign in favour of Donald Trump.

During the course of last year, Gates was apparently interfacing with Broidy and Najib to use their influence with Trump to put pressure on his new appointments in the Department of Justice and elsewhere to halt to the 1MDB investigation.  Attached to an email sent by Robin Broidy May 18th 2017 are the following comments apparently forwarded from her husband:

“1. We are working with the DoJ to counter the previous Administration’s case against 1MDB in Malaysia.  I have put a strategy in place to contact parties both at the DoJ and NSC to find a resolution to this issue.

2. I am in the process of scheduling a meeting with Associate Attorney General Rachel Brand who has the oversight for the Malaysia case. Rachel is the 3rd most senior person at the DoJ. She leads the civil division and the foreign claims settlement division which are both involved in this matter.  She is a Trump appointee and viewed as the only true Trump appointee currently at the DoJ.  In addition, the National Security Division of the DoJ is involved and President Trump has appointed John Demers (formerly of Boeing) to that position.  He is awaiting his confirmation but will be confirmed shortly.  I will also meet with John. He will be an instrumental figure in the resolution of the Malaysia issues.  Both developments are positive for this situation and slowly the DoJ is moving away from the old guard of Obama attorney at DoJ.”

The statements show a clear and improper attempt to politicise the action against Malaysia within the DoJ in order to influence a criminal investigation, on the grounds that it was started under Trump’s predecessor, President Obama.

The documents indicate that Elliot Broidy and Rick Gates had been engaged by the Malaysian Prime Minister to advocate his cause over 1MDB.  Indeed, Sarawak Report can exclusively reveal that not only was wife Robin Broidy hired to support Jho Low’s legal case in California, but husband Elliot was also developing a multi-million dollar contract with Najib’s government through his intelligence gathering firm Circinus, which produced a major proposal for an ongoing operation involving analysing data on ‘threats to Malaysia’ via ‘open source information’.

Presented on May 4th 2017 the contract was pitched at a whopping US$42.5 million per annum, rising year on year, with a US$25 million up-front payment. 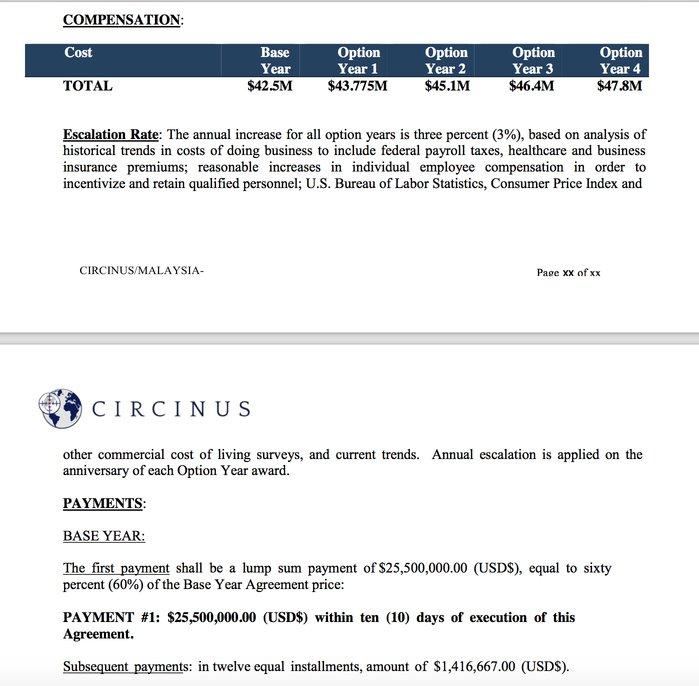 Hundreds of millions in prospect for Broidy

The project involved setting up a substantial operation working out of KL. 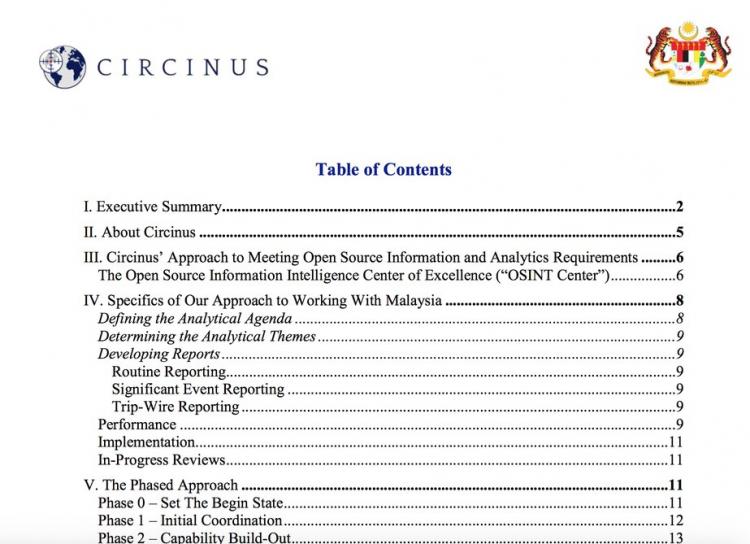 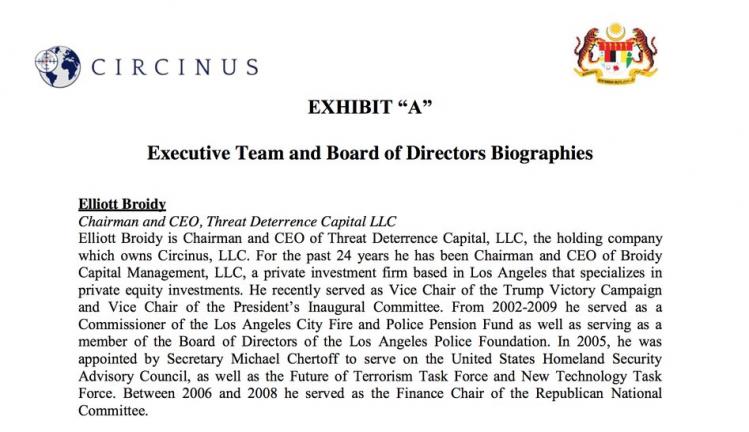 Emails show talking points were being drawn up for Najib by the lobbyists working together with Broidy through his investment company Broidy Capital to present Malaysia and Najib as valuable allies to the United States in South East Asia in terms of North Korea and trade.  Moves against the Prime Minister would upset Malaysians, the spin went, and so it would be better to resolve the ‘domestic matter’ over his criminal plunder of Malaysia’s public funds.  After all, the document assured “no American has been harmed by any 1MDB transaction”: 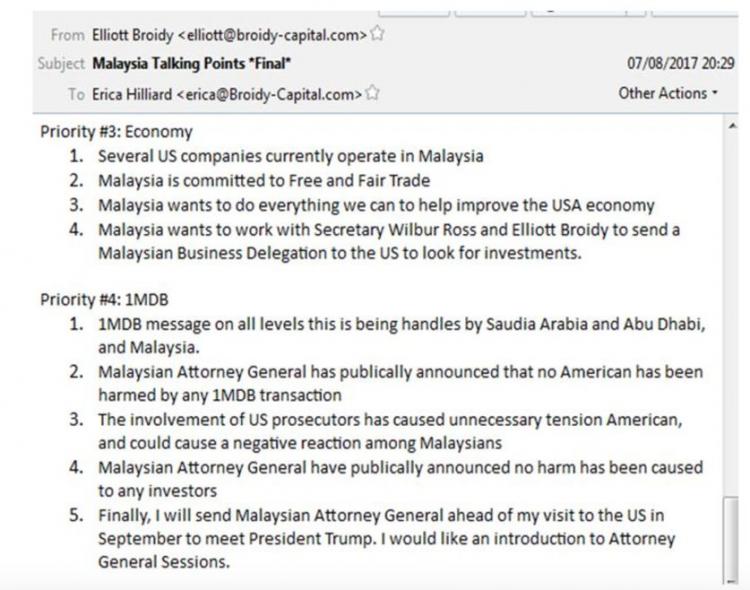 This campaign to put an end to the DoJ investigations clearly continued as late as January this year, according to the email release. In one note made by Broidy following evident discussions with Rick Gates, the Republican fundraiser apparently urged Gates to pass the message to Najib that the President had told insiders (ie himself) that he personally very much wanted to see the Prime Minister re-elected: 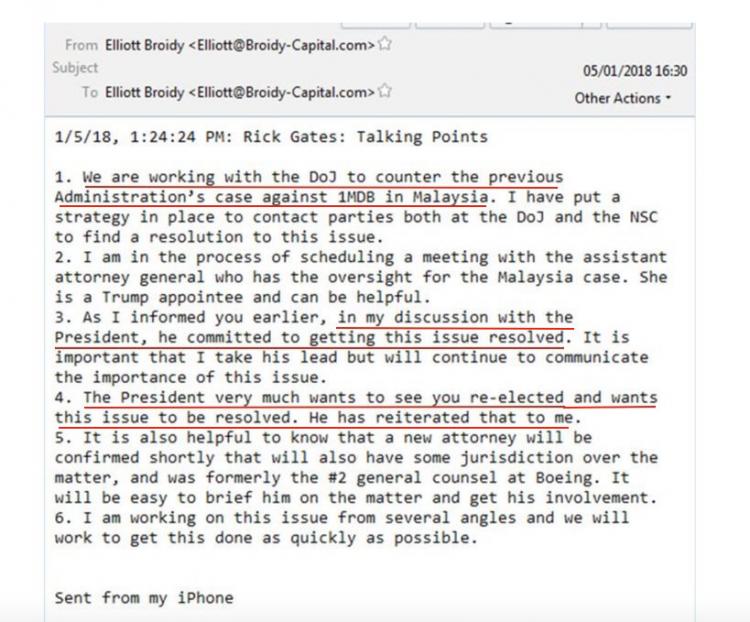 In the end Najib’s visit to Washington and his enormous offers to Boeing sparked global disapproval and fury in Malaysia.  However, for this entire attempt to influence Trump Najib was plainly happy to shell out millions.

Rap Star Back In the 1MDB Limelight

Meanwhile, Jho Low was so secretive over his hiring of the law firm that both sides insisted that the contract should be signed and paid for by his rap star friend Pras Michel instead, in order to keep his name out of the picture. 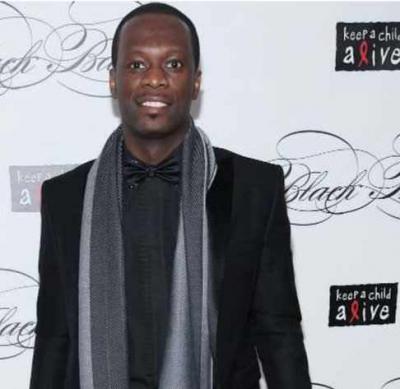 The fact that Pras Michel was willing to be used in such a way as late as last year, long after the explosion of the 1MDB scandal, sheds new light over the extent of his relationship with Jho Low and also the ties with 1MDB.

Sarawak Report exposed back in 2016 how during attempts by Najib to influence the previous administration under President Obama, Pras Michel was one of the executives of a massive investment fund set up to manage half a billion dollars invested by Aabar and a second mystery entity, long suspected of being 1MDB or a related body.

Working together with Pras was a close Obama associate, Frank White, who had been given a substantial solar power contract paid for by 1MDB and who later made $69 million dollars in fees, despite no apparent investment work, when the Yurus fund closed shortly after Sarawak Report exposed the connections.

Sarawak Report questioned at the time why Pras Michel had been appointed, as a rapper, to run a massive investment fund and we question now why he is fronting for legal efforts on Jho Low’s behalf, now that the Najib administration has switched to courting Trump?

Subsequent to these developments, Rachel Brand has resigned from the DOJ (February 10th) and Rick Gates, who had been flying high as a key mover and shaker in Trump circles back in 2017, has pled guilty to charges of conspiracy against the United States, making false statements, money laundering, and failing to register as foreign agent.  He was indicted in October and, after initially denying all charges, he pleaded guilyt last week, 23rd February.  As part of his plea it is revealed that he is now cooperating with the Russia investigation under Robert Muller.

Activities relating to Donald Trump will not be the only issues relating to heads of state that Rick Gates will be in a position to inform about.