Shafee Hits The Buffers On The Altantuya 'Cover-Up' Case

On Friday, as election fever was building outside, a key ruling went largely unremarked in the Kuala Lumpur High Court.

Shafee Abdullah, the lawyer who has minded the interests of the Prime Minister and his wife throughout the decade-long legal saga over the murder of his translator by his bodyguards, failed in a bid to counter evidence before the court.

After weeks, during which his latest client, the defendant Deepak Jaikashan, had failed to turn up for the third time to face questions, the judge carried out an earlier warning and struck out his counter-statement to the plaintiff’s application to have Shafee removed as Deepak’s lawyer and his purported defence, filed in a second statement of defence drawn up by Shafee’s firm​, struck out. 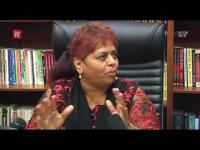 The plaintiff is Selvi Santamil (along with her children), the widow of PI Bala, who, as most newsreading Malaysians will be aware, has taken up the complaint made by her late husband, that he was forced into changing a Statutory Declaration about the Altantuya murder: and that in the process he was bribed and blackmailed into leaving the country and staying silent, as part of a cover-up, allegedly designed to keep Najib’s and his wife Rosmah’s names out of the affair.

Selvi is arguing that an original defence statement drawn up by Deepak, but withdrawn at the last minute, represents his genuine position on the case – it concedes the truth of her cover-up complaint.  She also claims that Shafee, who was belatedly drafted to completely allter that defence, does not genuinely reprsesent Deepak, but rather the interests of his long-time client, Najib and wife Rosmah.

Deepak in his original defence statement had described the Prime Minister and his wife as “the masterminds and beneficiaries of this conspiracy”, meaning the alleged cover-up claimed by Selvi.  The revised statement, which Selvi wants struck out, denies there was a cover-up. 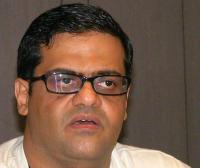 Following this ruling the judge has made clear she will only rely on the evidence provided in the affadavits of two witnesses for the plaintiff and accompanying documents, when she considers whether to remove Shafee and Deepak’s revised defence from the case completely. That decision will be delivered on May 4th.

The editor of this website is one of the two witnesses.  The other is the lawyer, Americk Sidhu, who formerly represented Selvi, but was forced to recuse himself, owing to becoming a witness in the case.  The judge will not consider the rubuttals advanced by Shafee in Deepak’s name against these affadavits.