Swiss Confirm They Are Pursuing First Criminal Case Against 'Two Officials' of PetroSaudi!

The Financial Times have today reported that the federal Swiss Prosecutors have confirmed that they are pursuing criminal charges against two un-named officials from the former 1MDB joint venture partner, PetroSaudi.

It represents an enormous breakthrough in the criminal side of the 1MDB investigation and for the first time brings PetroSaudi to the centre of the global investigation.

The announcement by the Swiss follows a decision by prosecutors to take up the criminal complaint brought by a former director of PetroSaudi, Xavier Justo, who says he was falsely imprisoned in Thailand for 18 months, thanks to fraud and bribery on the part of two PetroSaudi directors Patrick Mahony (a UK national) and Tarek Obaid (a Saudi national) and forced to make a false confession.

Added to Justo’s complaint are money-laundering charges, says the Financial Times, relating to PetroSaudi’s role in processing cash stolen out of 1MDB.

“The investigation into two unnamed individuals from PetroSaudi for suspected offences including fraud, bribery and aggravated money laundering is part of a long-running wider inquiry into misappropriation of 1MDB funds, the public prosecutor’s office confirmed to the FT.
News of  the Swiss probe into the PetroSaudi officials is the latest damaging revelation for the Malaysian prime minister’s administration from several internationl investigations into the alleged misappropriation of billions of dollars from 1MDB.”

The article goes on to elaborate that the two men are suspected of “criminal mismanagement, bribery of foreign public officials, aggravated money laundering, and misconduct in public office… one of the pair is also suspected of document forgery”.

The paper says PetroSaudi has denied the allegations and denies it is the subject of the probe.

The article is below: 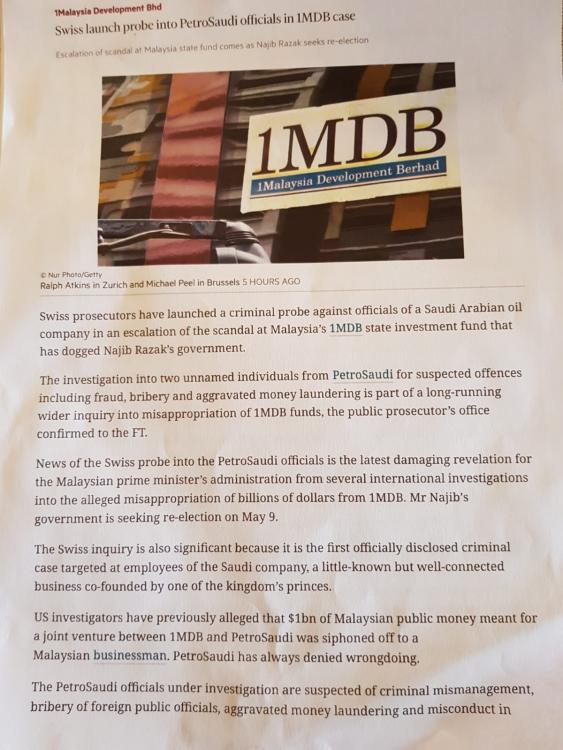 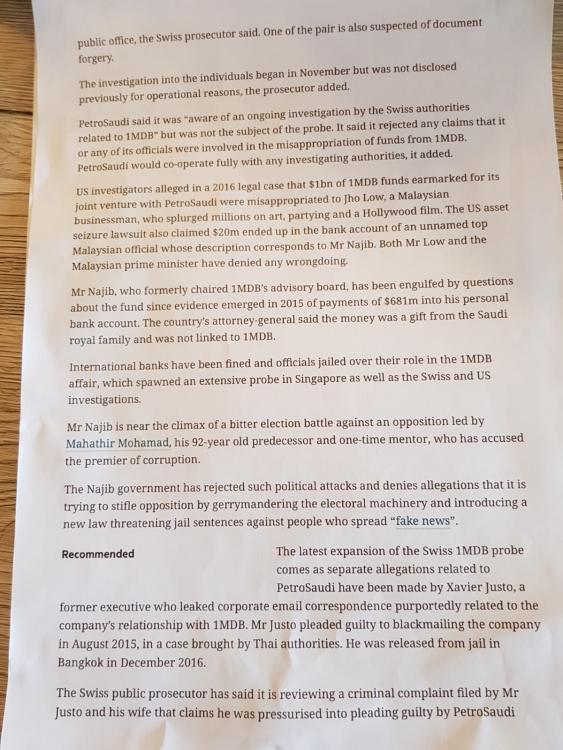 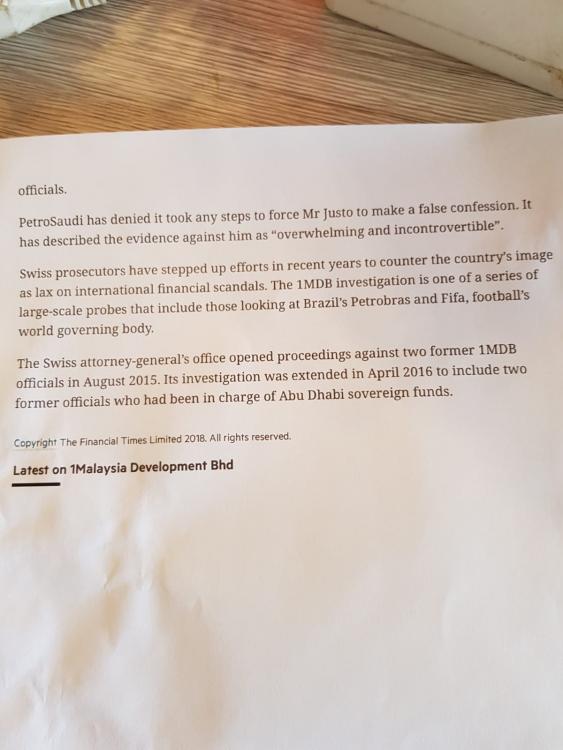