The significance of a court ruling in KL today was perhaps muted by the extraordinary excitement of these moving times.  However, that ruling has opened the floodgates against a cover-up exercise that has strained the Najib administration for over a decade.

Sarawak Report has been covering the dogged litigation of widow Selvi Bala and her lawyer Americk Sidhu (for a while himself a witness in the case) against 9 defendants, whom she holds responsible for blackmailing her husband PI (private investigator) Bala after he tried to speak out as a witness over the murder of the Mogolian model Altantuya Shaariibuu.

Bala, like others, had considered the trial a travesty designed to protect ‘high level’ individuals caught up in Altantuya’s threats to expose both her knowledge about kickbacks on a French submarine deal with the former Defence Minister and later PM, Najib Razak, and also her alleged affairs with Najib and his proxy ‘defence consultant’ Razak Baginda.

The private investigator had issued a statutory declaration to the effect that both Baginda and Altantuya had told him that Najib had been her lover and that he was certain that Najib’s two bodyguards, who were found guilty of shooting then blowing up Altantuya’s body, would not have done so without orders. 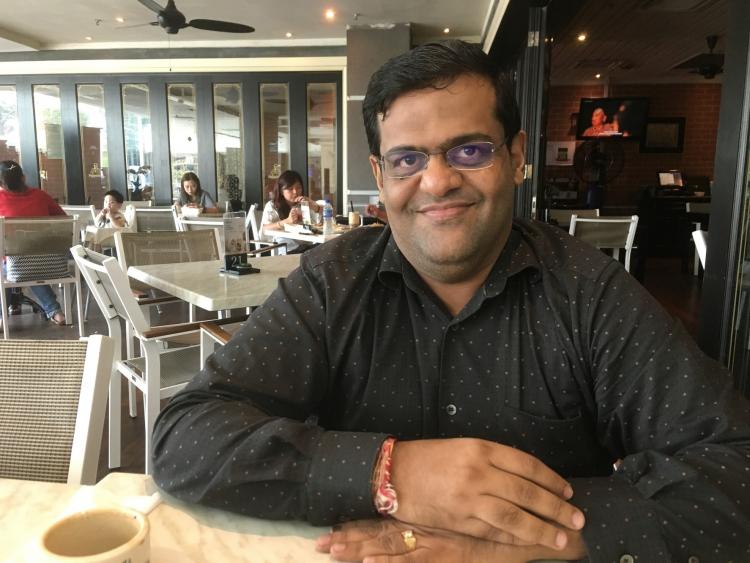 Today’s court hearing went to the heart of the cover-up that allegedly followed Bala’s declaration back in 2008, which Najib and his lawyers had managed to keep the matter out of court by one method or another right up until the last election.

Selvi’s case was that 9 defendants had conspired to force her husband Bala to change his declaration, in order to leave out Najib’s name.  These defendants were primarily Najib and his wife Rosmah, two of Najib’s brothers, a business partner of Rosmah, Deepak Jaikashan, (whom she used as fixer for the occasion) and some lawyers, primarily Cecil Abraham and his son Sunil, who were close to Najib.

Together, Selvi claimed, they had threatened, blackmailed and bribed Bala to flee the country with his family, after a night during which he was forced to sign a new declaration drawn up by Cecil Abraham and son Sunil. In 2013 Bala returned and retracted that second declaration, shortly before dying of a heart attack.

During the course of Selvi’s case for compensation, owing to the impact on her family, all of these defendants successfully pressured the courts to strike out the case against them (on highly controversial grounds accepted by Najib’s Chief Justice Raus) except for Deepak, who had since 2012 made clear he was prepared to back up Bala’s story.

This meant that Selvi’s litigation was continuing throughout last year, but against Deepak only.

Thus by 2017 Deepak alone was defending Selvi’s demands for compensation, keeping the case hanging on by a thread.  Nevertheless, the world could see that if Selvi gained a ruling in her favour by the court against this last defendant, then that judgement would confirm the complicity of all the others, including Najib and Rosmah, in the shocking cover-up of evidence in a murder trial that pointed heavily towards their additional complicity either in that killing or, at the very least, in the failure to prosecute those responsible for ordering the death of a woman who was blackmailing Najib and his proxy.

As Sarawak Report exclusively reported at the time, Deepak had no desire to plead other than guilty for his part, since he plainly wished for the greater guilt of those who had engaged him to fix the cover-up to be exposed.

We published an exclusive copy of the original defence drawn up by Deepak’s lawyers, which acknowledged all of Selvi’s allegations and named Najib and Rosmah as the “masterminds and beneficiaries” of the conspiracy to cover-up PI Bala’s evidence.

However, moments from putting that document into court last November, Najib’s agents intevened in the form of another lawyer, Shafee Abdullah, who together with the Tabung Haji Chairman, Abdul Azeez Abdul Rahim, liased between Deepak and the Prime Minister to force a change of story.

As Deepak has informed Sarawak Report, Najib was abusing his powers as PM/Finance Minister to hold huge tax bills over Deepak’s head, which he offered to drop if Deepak cooperated.  Ironically, those bills were linked to land deals that Deepak had conducted on behalf of Najib’s own wife Rosmah, for whom he was acting as a proxy, says the businessman.

To get off millions in tax demands, Deepak agreed to play ball and allow Shafee to place a new defence that denied all Selvi’s allegations.  However, right up to the election Deepak and his ‘new lawyer’ Shafee wrangled with each other and the court, finding excuses to avoid a hearing where Deepak could be cross examined about his change of tune.

What a Difference an Election Makes

When the case returned to court after the election what a different story Deepak had to tell.  In an exclusive interview with Sarawak Report last month the businessman had already confided that the endless hospital appointments, designed to keep him out of the witness box to avoid embarrassment before polling day, were of course a sham.

Azeez, says Deepak, had organised a doctor to provide a certificate and place him overnight in hospital, a matter he conspired over with Shafee. Deepak has played recordings to Sarawak Report of those conversations between himself, lawyer Shafee and the agent of Najib, Azeez, where the fake hospital appointments were arranged.

Today, again before the judge, Deepak admitted that his first and not the second defence devised by Shafee was the honest statement he plans to stand by.  He also made clear he had never formally appointed Shafee, who had represented him only through blackmail.

Both these points were accepted by the judge, leaving Deepak to face cross-examination on the case at the next hearings, as well as Shafee himself and the other witnesses named in the case.

The consequences for lawyer Shafee, now accused of faking hospital appointments and blackmailing a reluctant client on behalf of a separate interest, namely Najib and Rosmah, are dismal.  Not least, because Shafee is likely to be also asked about a combined payment to him by Najib of RM9 million out of 1MDB money, for services not yet explained.

And what about the two other Najib associated lawyers in the case?  Selvi’s petition stated that on the night her husband was originally blackmailed into changing his statutory declaration to remove all references to Najib, the prominent lawyer Cecil Abraham and his son Sunil joined Bala and Deepak overnight in a hotel room at the Hilton Sentral hotel in KL, in order to draw up that spurious new document.

Deepak, in his first and now revived defence, admitted this claim to be true and confirmed the role of the two lawyers, who had been called into the matter by Najib together with two of his brothers, who helped handle the situation that night. Americk Sidhu is expected to put in a complaint to the Bar Association shortly, regarding this disturbing conduct.

Given the extensive and unhealthy ties between Najib and these lawyers, the present reported role of the father and son as key advisors to the Agong, currently resisting the appointment of the new prime minister’s choice of Attorney General is disturbing.  Are they representing the interests of the present administration or the old PM?

Most at risk from the developments in this marathon case, launched by a single widow to avenge her dead husband and compensate her family, are the former PM himself and his wife, described by the defendant himself as ‘masterminds and beneficiaries’ of the ‘conspiracy’ to silence Bala.

For ten years this couple have moved heaven and high water to hold this case at bay, now they no longer have the power to do so and the motives for their apparent attempts to obstruct the course of justice seem set to become fully known to all.