On the face of it the authorities in KL ought to race to high alert to counter plans by  Malaysia’s previous prime minister to leave the country, despite the removal of his passport pending trial on 38 charges related to the looting of public finances.

According to the website of  ‘The Transformers Summit’ sponsored by Saudi Arabia’s Islamic Development Bank (ISDB) one of the ‘world leaders’ due to speak at its inaugural conference in Cambridge on December 10th is none other than Najib Razak.

If this were the case then it would be in breech of an order that the former prime minister should remain in Malaysia whilst facing charges, for which purpose his passport has been removed.  However, it is Najib’s familiar face which currently beams out from the list of speakers on the site – and if you click on his name, up comes a biog that says:

“Dato Sri Haj Mohammad Najib bin Tun Haji Abdul Razak is a Malaysian politician who served as the 6th Prime Minister of Malaysia from 2009 to 2018. He is currently the Deputy Major of Kuala Lumpur” 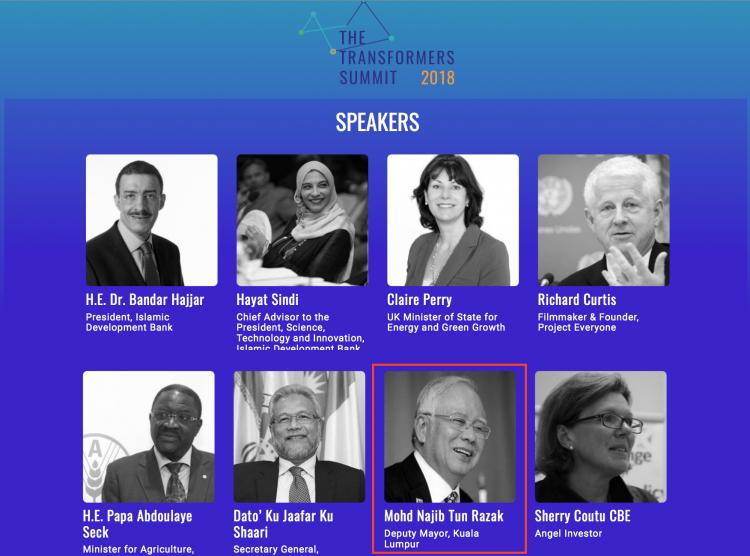 The clue to what is really going on seems to lie in Najib’s mysterious description as ‘Deputy Mayor of Kuala Lumpur’.  As any Malaysian would realise the former PM may be facing jail, but he would be unlikely to accept such a form of come down in public life given his present grandiose behaviour – anyway who these days would entrust him with a public position of that kind?

Give away in the title?

The ‘ISDB Transformers Summit’ purports to provide vital leadership to the world from an ancient capital of learning, thanks to the wise words of such luminaries as the UK’s colourful PR man Matthew Freud; comedy film writer Richard Curtis and BBC personality Asad Ahmad.  Attendees are promised that these thinkers can provide the desperately needed urgent answers to pressing global problems.

However, many are likely to be alarmed at at the prospect of anyone relying on the advice of a man who has so recenlty led his country to ruin and presided over the plunder of public funds in the manner of Najib Razak.

We therefore deduce that the actual speaker due to arrive in Cambridge on Monday is more likely to be the similarly named town hall big wig from KL Mohd Najib, who appears to deputise as Mayor along with three other senior figures: 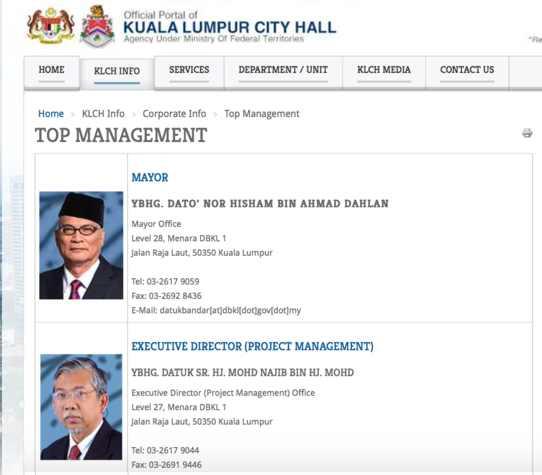 Perhaps a corrected page will provide the answers, since sadly neither the conference nor the bank provides a readily accessible media office contact for us to place a query. 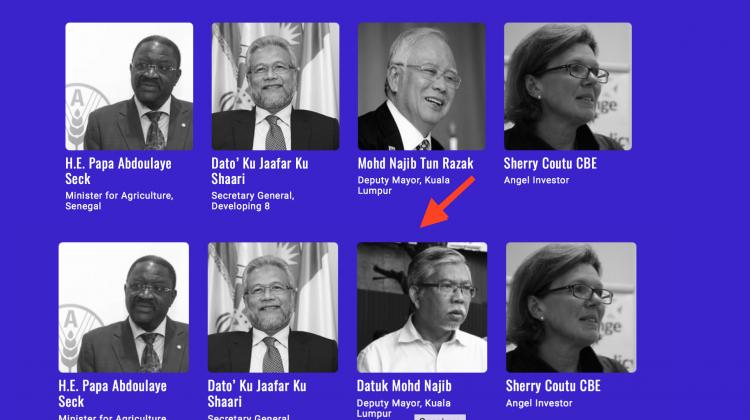 Spot the difference – and the new biog (below)