A few re-alignments have been made on the federal front, but following May 9th, business has continued as usual in Sarawak, the only state not to hold its local elections at the same time.

And business as usual means that those families and cronies linked to former Chief Minister and present Governor Taib Mahmud have continued to grant themselves all the concessions without restraint and suck the life’s blood from the land and its people.

Significantly, these crony capitalists have started to adopt the mantra of ‘fighting for Sarawak rights’ (more autonomy) as their own election nears, but a wealth of misappropriations and corrupted acts on the part of this self-serving junta should warn Sarawakians that to increase its independence with such people still in charge would be a case of jumping from the frying pan into the fire.  Corruption and election rigging need to be got rid of first.

A continuing string of land battles and highly dodgy resource grants have only served to make the point that if anything this beleaguered regime, now so out of step with the rest of Malaysia, has ratchetted up its efforts to grab as much as possible for its economic top dogs while it can.

And remember, the companies that have gained so much economic and political clout through raping the forests back home have used their resulting financial muscle to spread their dirty business model (the corruption of decision makers and abuse of native peoples) to numerous other developing countries, making further misery for millions across Asia and beyond.

Sarawak Report will be exploring those links once more, however one case that has been building just this week represents the situation perfectly and that is the growing protest over the latest encroachment on the edges of Mulu, Sarawak’s only UNESCO world heritage site, naturally involving the enrichment of the all-ecompassing Taib family once again.

Yet again the territory under dispute is land alienated from native peoples, the Berawan in this case, who shared the area with the nomadic Penan.  At a yet unconfirmed date, the area was quietly sequestered away from its indigenous owners by the state, which has passed key laws in its attempts to undermine native land rights.

Who in Sarawak would have been surprised to learn that under the secretive land allocations practised by the Land Custody and Development Authority (LCDA), which was set up and headed by Taib Mahmud himself, the land was passed into the ownership of none other than his son Abu Bekir for a price that has yet to be determined, because the land records are kept inexcusably secret. 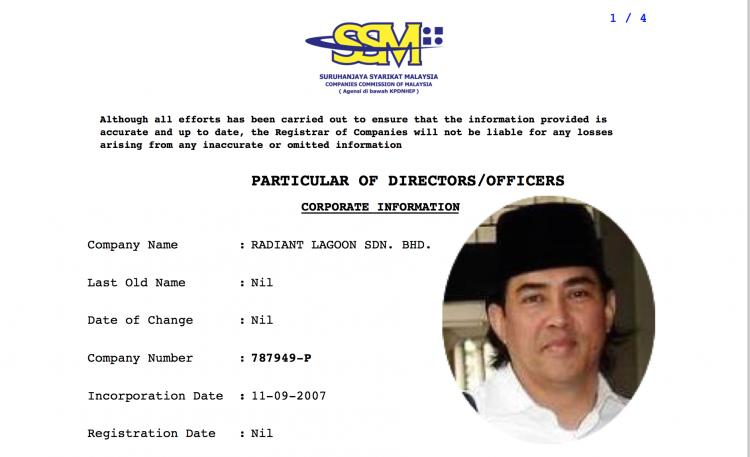 Locals say they were never alerted to the sequestration of their lands, let alone compensated. What happened next was a classic Taib family enrichment move as the territory, placed under one of Abu Bekir’s own companies Radiant Lagoon was just last year sold on for an undisclosed amount to the plantation and property tycoon Yee Ming Seng from Bintulu (who bought Abu Bekir’s 99% ownership of Radiant Lagoon just before the last election). 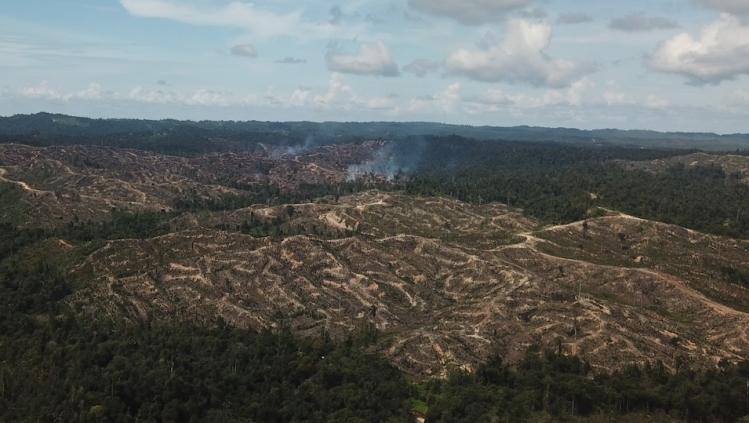 It hasn’t taken long for ‘Tan Sri’ Yee to roll in his bulldozers and start tearing the trees to the shock and astonishment of the local folk, who had no idea that any of these transactions had taken place at the behest of Taib’s client state government.

Needless to say the moment the locals started to protest at this disastrous invasion of their lands, which it is now announced will be converted to yet more oil palm (they set up a blockade to halt the bulldozers last month) they say they experienced familiar tough tactics from the local police, who plainly see their job as one of enforcement for the regime.

Penan headman Ukau Lupong, who organised a letter of protest supported by 268 local villagers, says last week he received a threat of arrest from special branch officers. The threat was issued during a meeting between the community and government officials that had been set up to discuss the dispute.

More details of which are available at the newly launched campaign website by the Bruno Manser Fund. 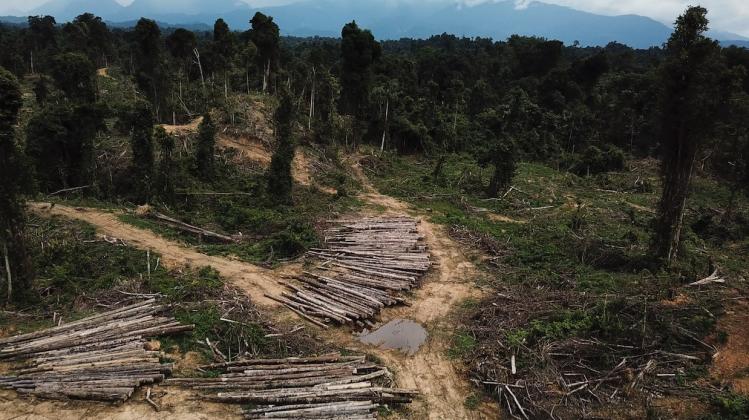 4,400 hectares of more valuable forest land is set to be destroyed at these peoples’ expense to grow yet more oil palm and to further enrich one of Sarawak’s richest crony Taib tycoons.

But perhaps the most pressing question that urgently needs explored is just how and when and for how much was this land concession secretly passed to Taib’s own son in the first place and then for much did he sell it on?

This has been the story of Sarawak’s oil palm plantation history for the past several decades, which means that illegality and the abuse of power lies at the heart of the entire industry.

Before seeking to hand out her aspired to 100% sustainability certification for Malaysia’s oil palm plantations before the end of 2019, primary Industries Minister Teresa Kok must surely initiate urgent enquiries into this and every other plantation and timber concession hidden in Sarawak’s secret land grab data over the past four decades and beyond.

UPDATE – Sarawak Report can reveal that a second company involved in the contested logging and oil palm venture, Formasi Abadi, is owned by none other that the Taib family’s key crony conglomerate Rimbunan Hijau (the Tiong family) who have received numerous timber, plantation and oil concessions in Sarawak.