A detailed pictorial account of Malaysia’s top cops’ extended weekend course in Istanbul to study how to police online gambling has been posted online. 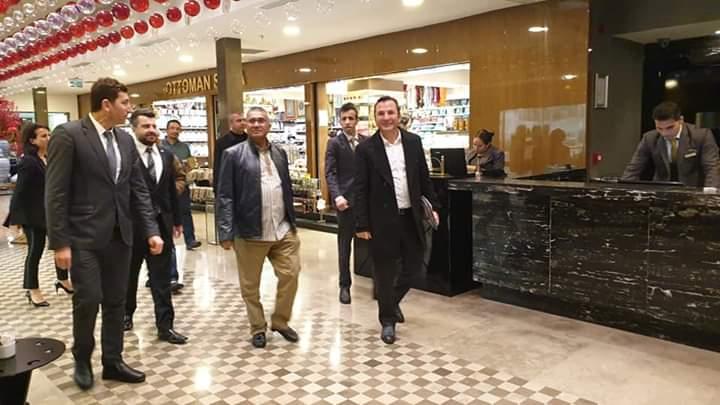 The pictures come courtesy of the Malaysia based Comfort Tour travel agency, which specialises in Instanbul along with other popular cultural destinations and appears to have organised the trip. 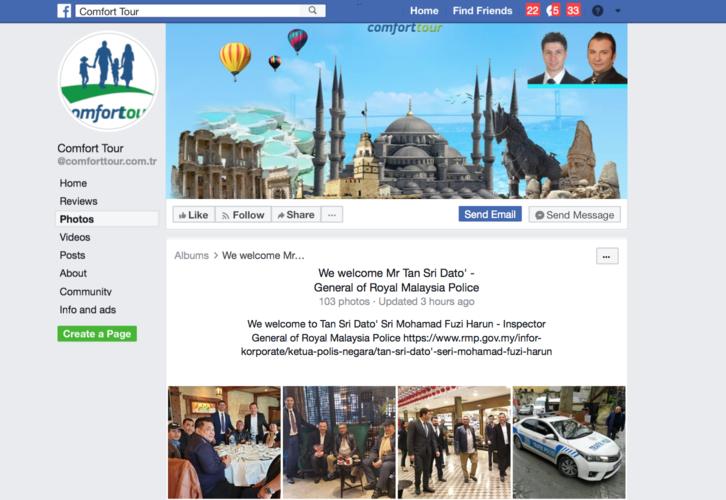 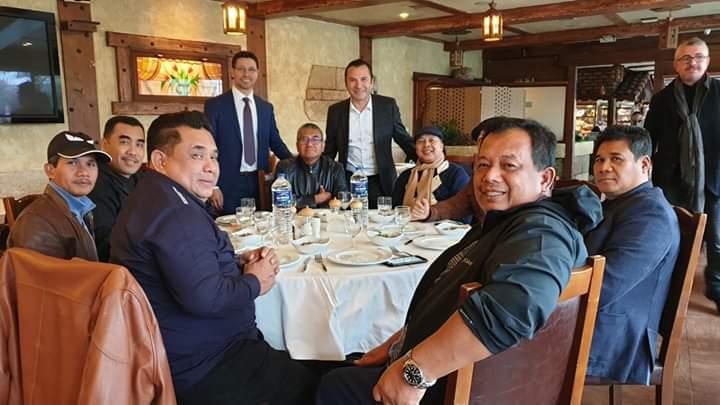 It appears that agency habitually uploads photos of the activities of their participants on their public Facebook page as a convenience for their customers. 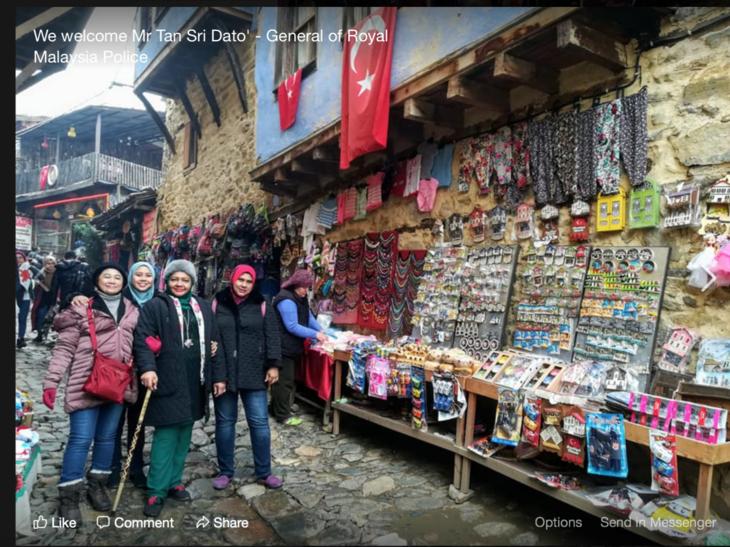 Large numbers of female officers on the case? 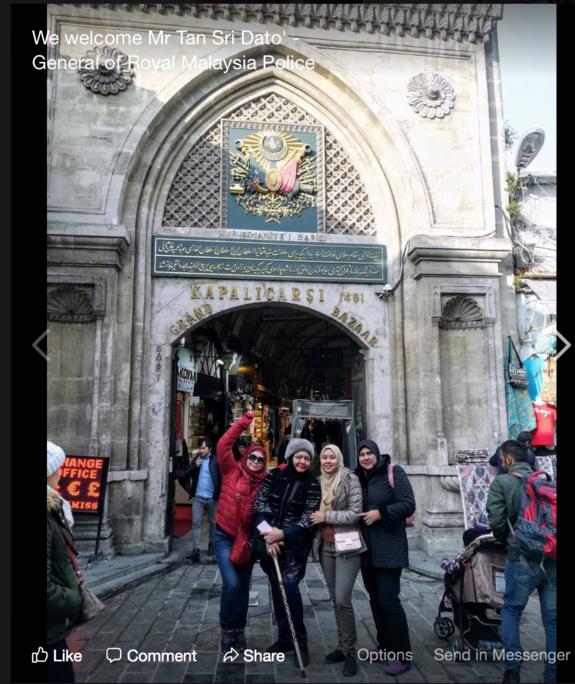 Break at the Bazar?

Naturally, scenes of the working part of the trip were not included, although there is one exterior picture of the team, unusually dressed in suits, outside Turkey’s Police Headquarters, which would appear to have been a focal point of the working visit: 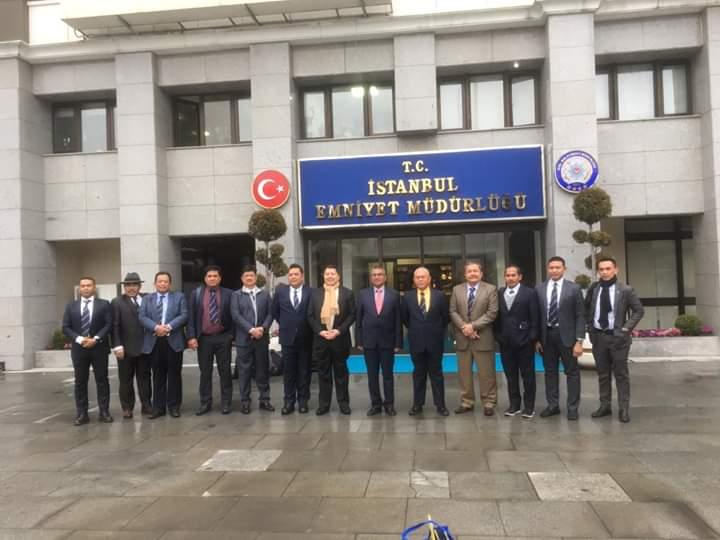 What dozens of photographs do show is that the police officers also managed to pack in all of Istanbul’s best known sites and plenty of the signature dishes of Turkey’s famed Ottoman cuisine in between their intensive courses on online gambling. 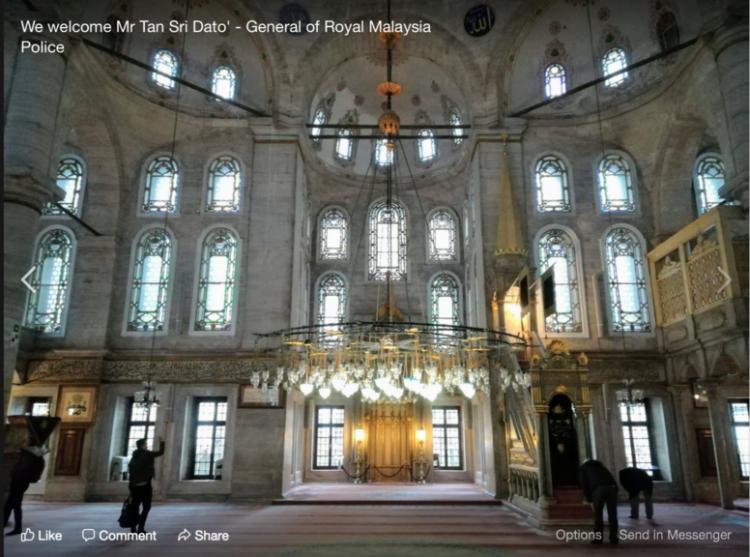 All the pictures are labelled on the Facebook page with the welcoming logo “We welcome Mr Tan Sri Dato’ – General of Royal Malaysia Police”, giving the appearance that Turkey thinks Malaysia’s civilian force has a military flavour. 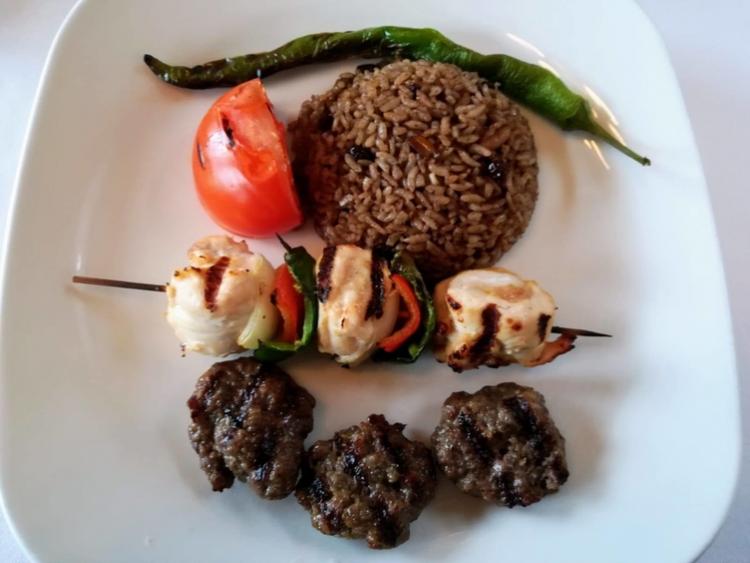 Numerous close ups of people’s food plates, indicate one of the interests of the trip 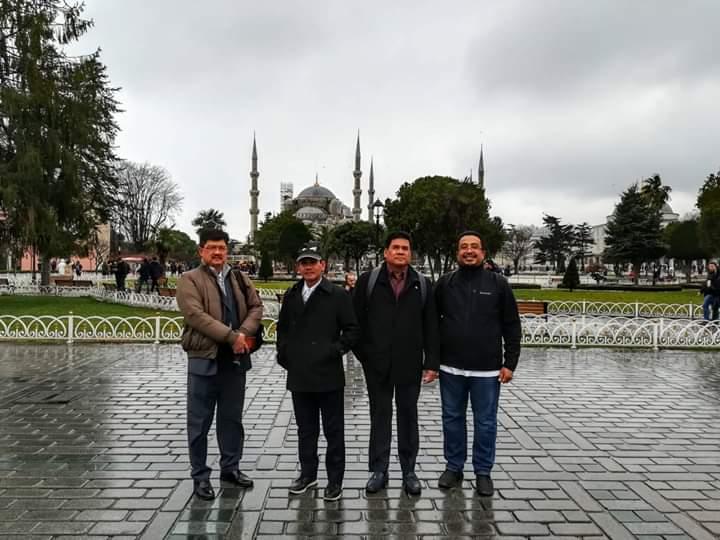 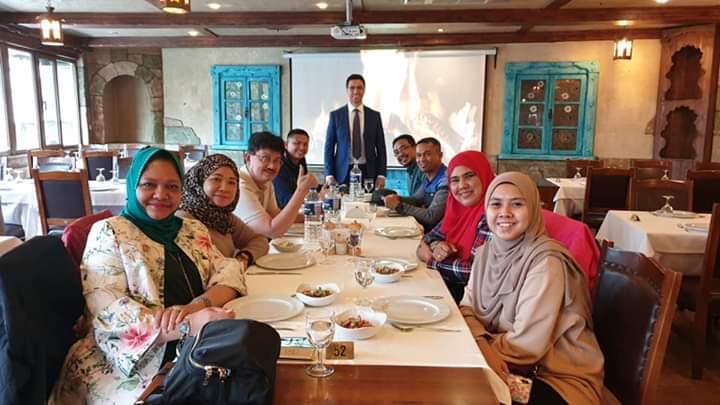 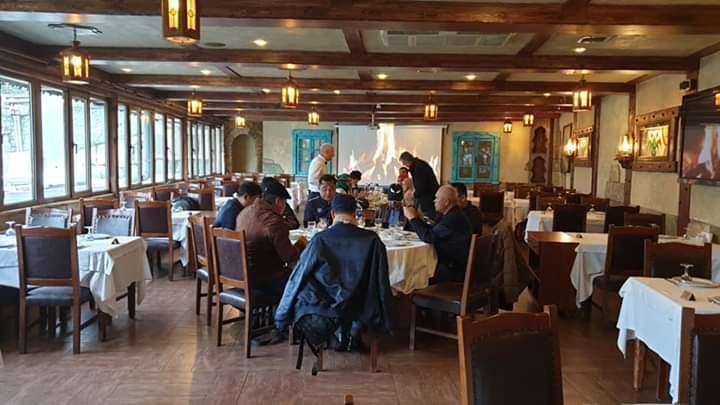 For most of the trip the top cop team stayed casual and was ferried by sleek mini-bus transport, according to the photos: 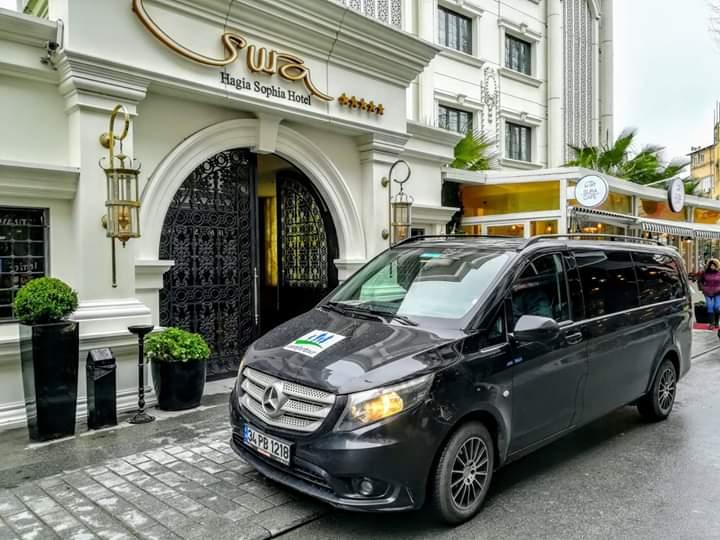 On occasion a ferry was deemed to be the more appropriate form of transport, which might have made for a fun alternative to the mini-bus, providing spectacular views of the ancient city from the Bosphorus. 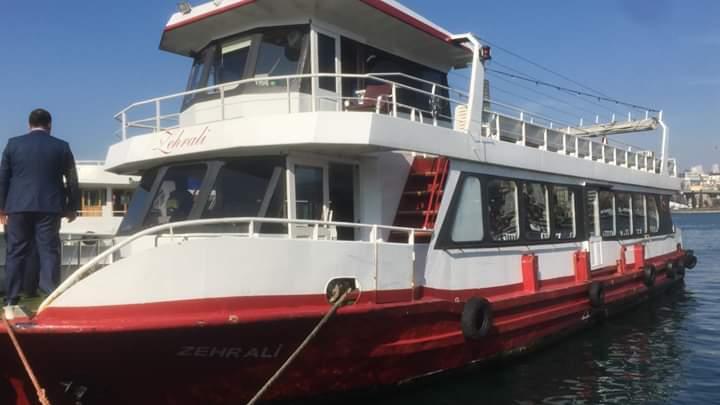 Speciality transport thanks to Comfort Tours

It seems clear that the officers also did a lot of their travelling the good old fashioned way, on foot (known as doing ‘the beat’). So much so, the the IGP himself became in need of a good polishing of his shoes. 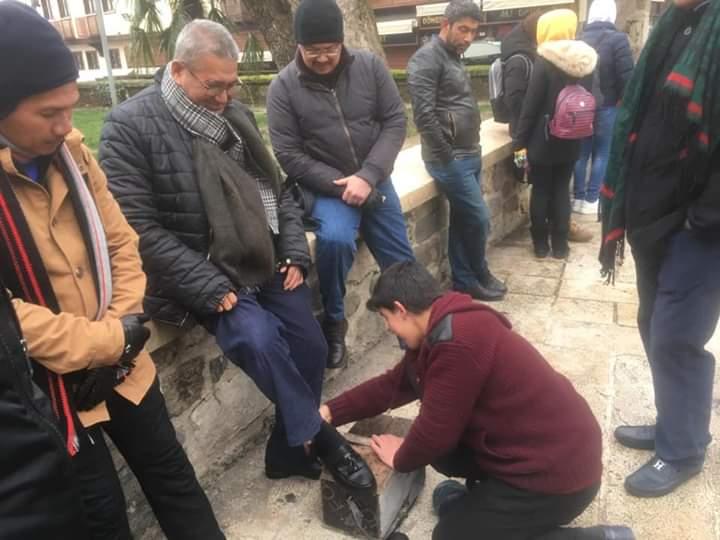 So much walking from course to course?

The hotel seems to have come up to scratch, having been advertised for its luxury and convenience (as opposed to price). 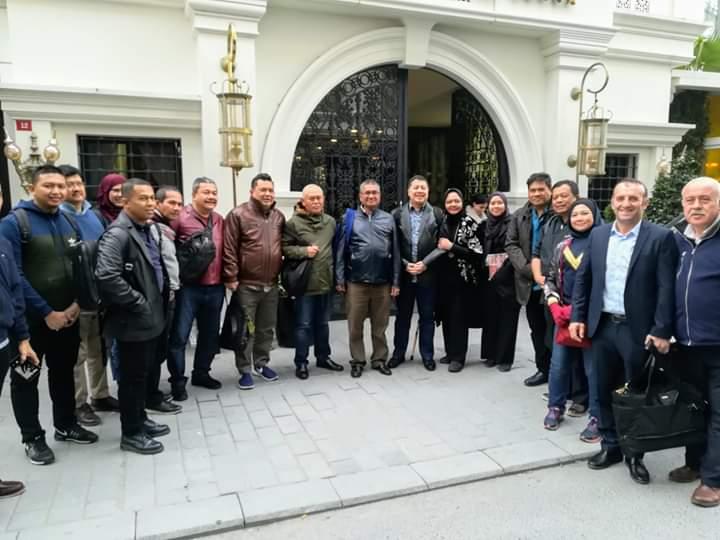 Happy enough with the hotel to pose outside

Information obtained by Sarawak Report points to the party now having left Istanbul, as they were due to depart today 12th February at 1330 Turkish time, returning via Qatar Airways to KL early on Wednesday morning at 8.06am. 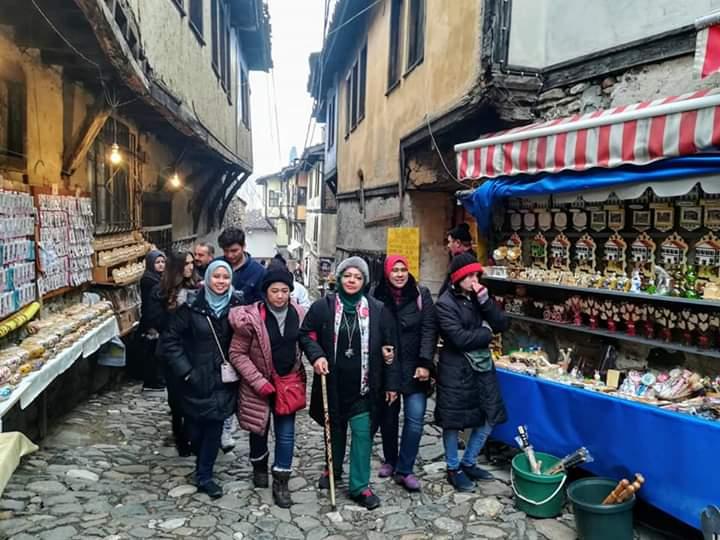 Their arrival should see them in place in time to resume local duties on Wednesday (having travelled business class) and to report back to the Home Minister, who authorised this top level trip to investigate online gambling on the eve of Fuzi’s own retirement and that of his deputy as well. 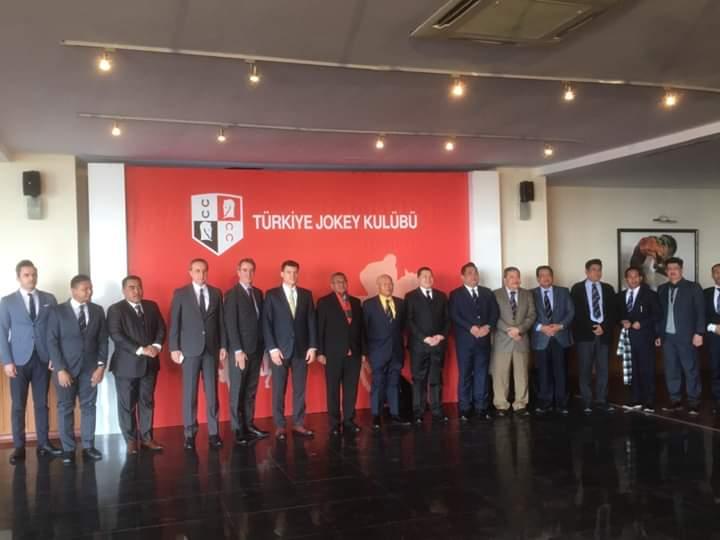 What valuable insights that have been gained will hopefully soon be disseminated throughout the police force and figures on online gambling (a huge drain on the country) might plummet, thereby off-setting the cost of this admittedly very expensive trip. 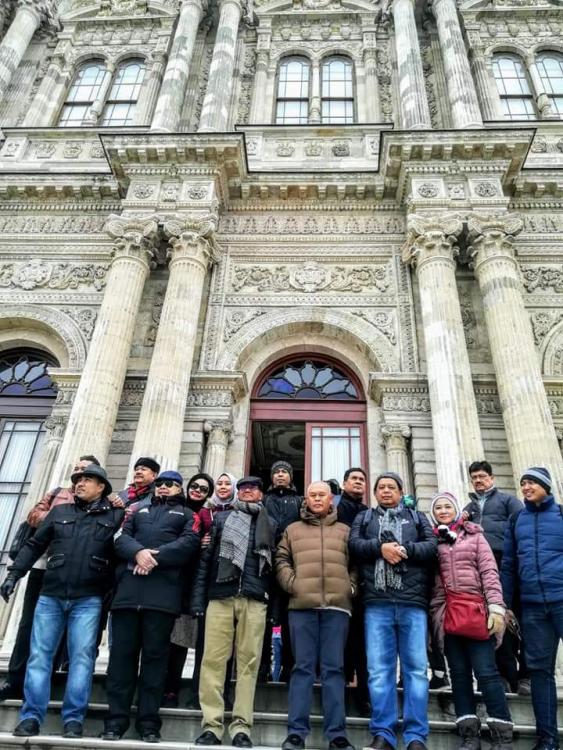 It would be a fitting legacy for this IGP on which to end his career at the top of Malaysian law enforcement. 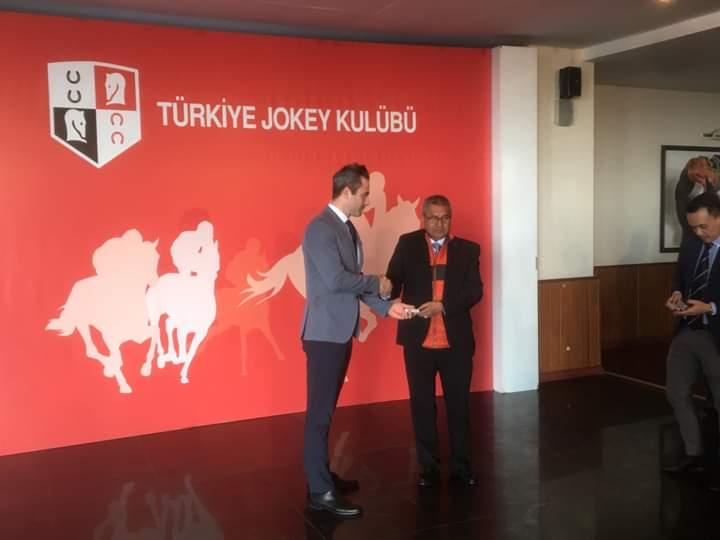 Awarded at the Jockey Club in Istanbul

Further pictures of the trip are presently online via the Comfort Tours Facebook page.

UPDATE – The pictures were rapidly removed from Facebook shortly after the publication of this article. However, they remain in the possession of Sarawak Report