As the Malaysian Anti Corruption Commission continue to drag their feet on furthering investigations into abuse of power by Governor Taib Mahmud, Sarawak Report can illustrate how one of Kuching’s newest developments was a Taib family money-making venture from start to finish.

It’s called “Saradise” and located on prime land just five minutes from the Kuching airport. Saradise (a merger of the words Sarawak and paradise) is a 272 acre integrated township and its corporate video boasts of ‘green credentials‘ using crass images of hornbills and lush rainforest to promote the urban site. 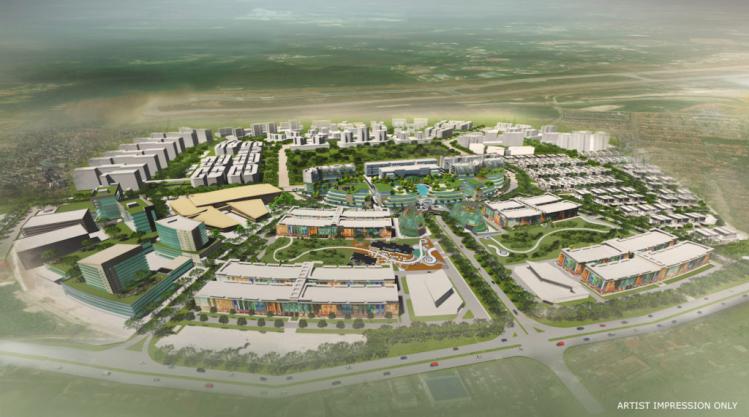 This concrete development is anything but eco-friendly and we suggest that the rapacious Taibs have no right to appropriate Sarawak’s natural beauties to advertise their latest cash cow, given their history of land-grabbing and environmental destruction in the state. The most recent case for example affects the indigenous Penan and Berawan communities on the fringes of the Mulu National Park, one of the few remaining refuges for endangered wildlife.

The sale of the land goes back to 2010, when Taib Mahmud was still Chief Minister of Sarawak as well as the state Minister in charge of Planning and Resources and of Finance. 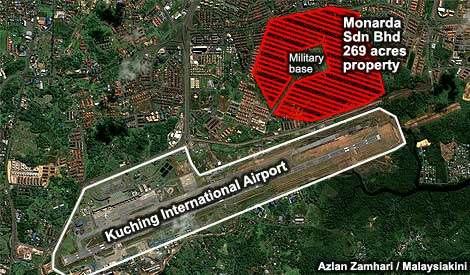 It was under Taib’s direct purview therefore that the Saradise land was arbitrarily handed to a company called Monarda Sdn Bhd, which was entirely owned by his four children (Abu Bekir, Sulaiman, Jamilah and Hanifah), daughter in-law (Anisa) and Abu Bekir’s business partner (Chung Soon Nam).

DAP Sarawak’s Chong Chieng Jen who exposed the sale at the time, highlighted how the Taib land grab was “grossly and obscenely under-priced”, having sold at approximately RM291,000 per acre instead of its market value of around RM1.5mil – RM2mil per acre, causing what he said was a potential loss of RM400mil in revenue. As so often is the case in Sarawak, there was no open tender for the contract. 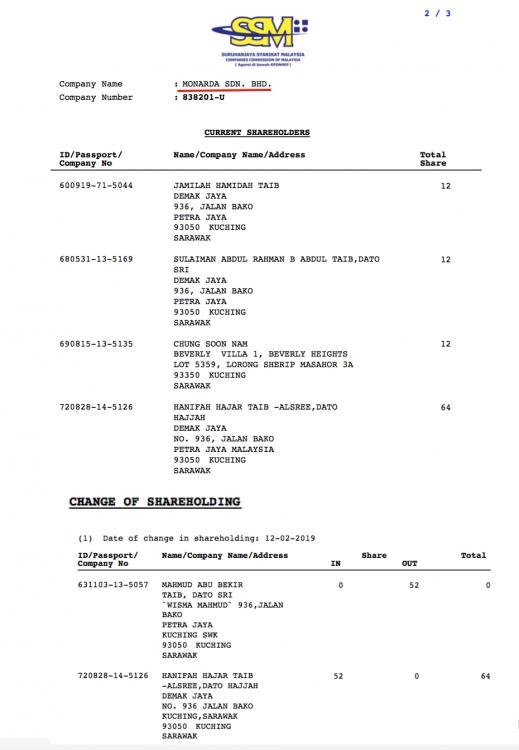 My kids are rich because they ‘have it up here’ or because they have a Dad ‘up there’?  Abu Bekir transferred his shares in January but Monada and Saradise are still run from his offices

Monarda Sdn Bhd, which is registered as an investment holding company was incorporated in 2008 and located at Titanium Tower in Kuching. Titanium Tower is the headquarters of Titanium Management, a company set up by Taib son Abu Bekir and his business partner Chung Soon Nam in 1998. Also involved in Titanium is the former Director of Public Works, Michael Ting.

Titanium Management has been the subject of numerous scandals in Sarawak due to the sheer number of public contracts handed to it without any kind of tendering process. In 2011 for example, Sarawak Report exposed how land greater than the size of Singapore had been handed for FREE to Titanium-linked companies. At the time we identified 14 companies linking Bekir and Chung, all registered at the Titanium Tower.

As of January 2019, Bekir appears to have cashed in his shares at Titanium, while Chung’s shares increased by the very same amount on the very same day. Bekir officially resigned as a Director in December 2018. So is he now trying to conceal his involvement in the company or has he moved on elsewhere?

On the same day that Monarda was incorporated in 2008, another company was also set up, now known as Saradise Sdn Bhd. It too was registered at Titanium Tower and Abu Bekir and Chung were listed as its directors. However, for reasons not explained, Abu Bekir resigned as a director less than a month later, but with the company still registered at Titanium Tower, the headquarters of the company he owned.

Saradise Sdn Bhd is of course the developer behind the new township built on the land that Taib handed to his kids. To date, Chung is listed as its main shareholder with the other being business partner Michael Ting.

In an apt illustration of how the management of the Sarawak economy has merged with the Taib family fortune, Michael Ting retired as the Director of Public Works in 1998, the year that Titanium Management was incorporated, yet continued as an advisor to the State Planning Unit for a number of years.

It should come as no surprise therefore that Saradise (formerly known as Valadium Sdn Bhd) awarded contracts worth RM4.8mil to CMS in 2014, directed at the time by both Abu Bekir and Michael Ting. All four of Taib’s children and scandalously Taib’s dead first wife (Lejla) remain the major shareholders of CMS, despite it status as a listed public company.

Sarawak Report suggests that it’s time for MACC to investigate this case of land grabbing and abuse of power by Taib Mahmud and his family members.  Although this example represents just one of the many corrupt money-making schemes secretly undertaken by the Taib family it is one of the most recent and blatant examples. 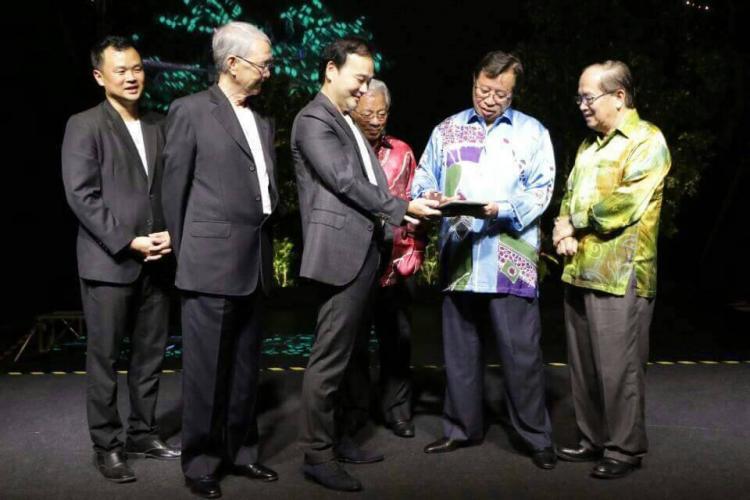