Like all her aunties, cousins and nieces Jamilah Taib-Murray never disappoints when it comes to dressing up. Rock-sized jewels, furs and extravagant couture form this lady’s signature style when she ventures out to a school auction or fundraising fancy dress events in Ottawa, which she has long since made her home (whilst continuing to make shed loads of money out of Sarawak). 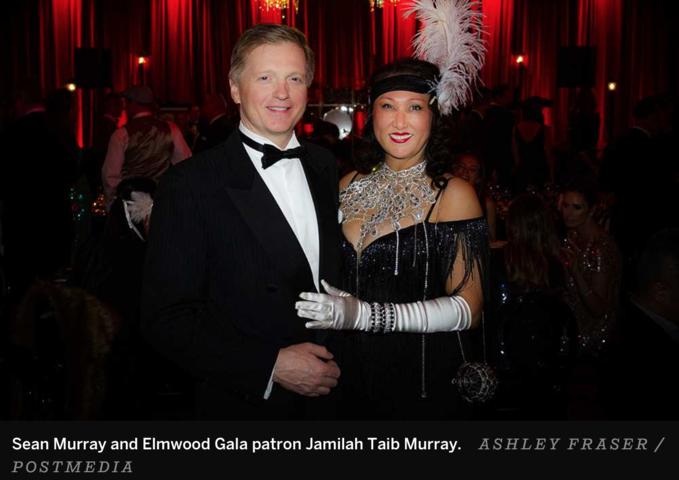 Like many Asian tycoons, her Dad chose Canada as the place to send her to school and to start up companies in her name, into which he funnelled massive questionable investment income, presumably because of the remarkably low levels of oversight and transparancy demanded of welcome wealthy foreigners at the time. 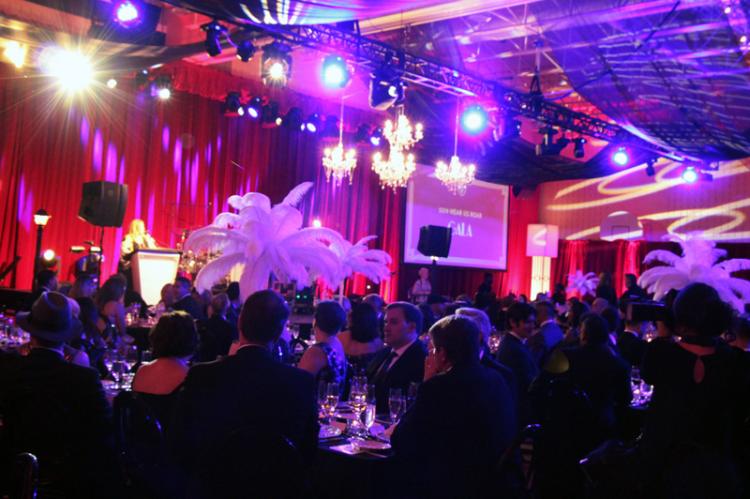 Lavish local events have turned the Taib neighbourhood in Ottawa into a socialite’s dream come true – indeed a world away from Belaga, where much of the money came from

School fetes are transformed into magical mystery events, bedecked with expensive trappings and fancy outfits; Irish Catholic social clubs are handily supported and matters of national pride for Canada have been funded in the twinkling of an eye. 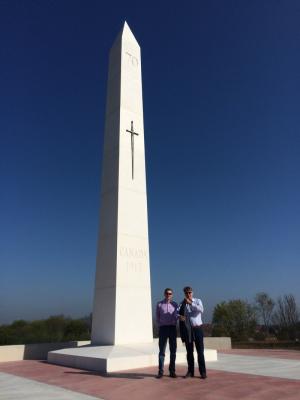 Who paid for the recent Canadian War Memorial in France?  Who funds Canadian army events? and who stands proud as a patron of the Prince’s Trust [Prince Charles’s environmental and social charity] in Canada?

Why Jamilah and ‘Sean’ Taib, of course [his Muslim name, a sign of his sincere conversion on his marriage to Jamilah, appears to be unused back in Canadian social circles].

Nonetheless, the Murrays appear to have been spending more ‘quality time’ in Sarawak and KL in recent months, which one assumes has nothing to do with the family’s business concerns and rivalries and everything to do with a growing concern for the wellbeing of the ageing Governor and an understandable desire to make sure that the old man’s affairs are settled according to his wishes.

Equally solicitous in this regard are quite clearly Taib’s sister Raziah and her global businessman husband, Robert Geneid; Taib’s new wife and of course most of his other children – it seems that Sulaiman remains a distant dude and good for him. The ‘family’ is circling.

However, let none of this disturb the social pages of the Ottawa media or those local Canadian socialites who seem intent on glorying at the font of ‘glamour’ and enjoying the fruits of distribution provided by the Taib family. 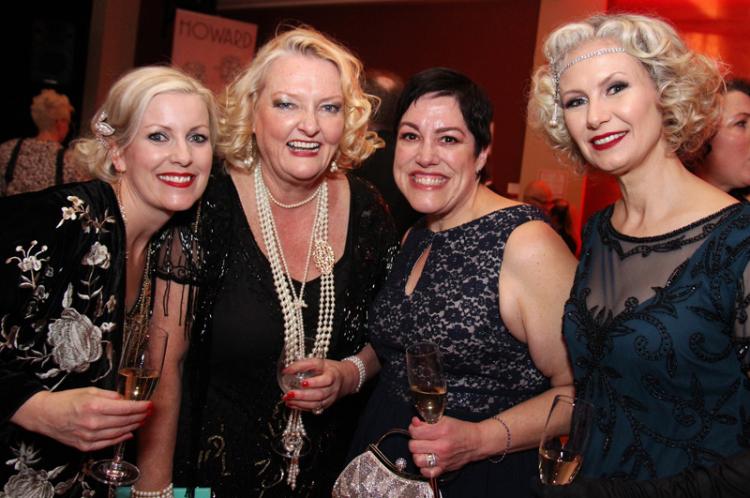 Forget working fire services and medical care in Sungai Asap, these ladies need to party over in Rockcliff, Canada

After all, Sean and Jamilah have gone after NGOs such as the Bruno Manser Fund who have reported on the fact that huge sums of money have been funelled out of Sarawak into their Sakto group of companies. 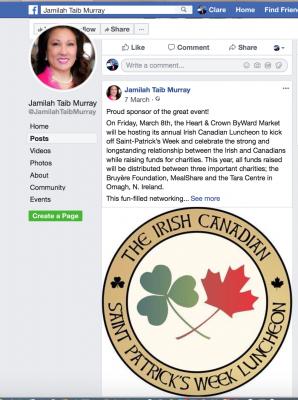 Solid supporters and guaranteed sponsors of any Irish Catholic events

Having once threatened to sue Sarawak Report, then apparently thought the better of it, the couple have now taken BMF to court and are attempting to have everything the organisation has ever published about them removed from the internet and the book Money Logging pulped.

The Taib Murrays say it is untrue that illegitimately acquired assets from Sarawak have funded Canada’s possibly wealthiest couple and claim their extraordinary prosperity owes solely to their genius ability in real estate development and an alleged inheritance of substantial wealth from the Murray family itself.

BMF will doubtless cite, amongst other examples to the Swiss Court, how Jamilah benefitted as a major shareholder of Pacific Chemicals, the company that was slipped the contract to log out the whole of the Bakun Dam area, worth billions in virgin timber – see our previous article.

The Taibs And The Timber Barons

The NGO might very well add information about the global pattern of symbiotic property ownerships between the Taib family and the clutch of crony logging companies who received the lion share of concessions handed out by Taib. 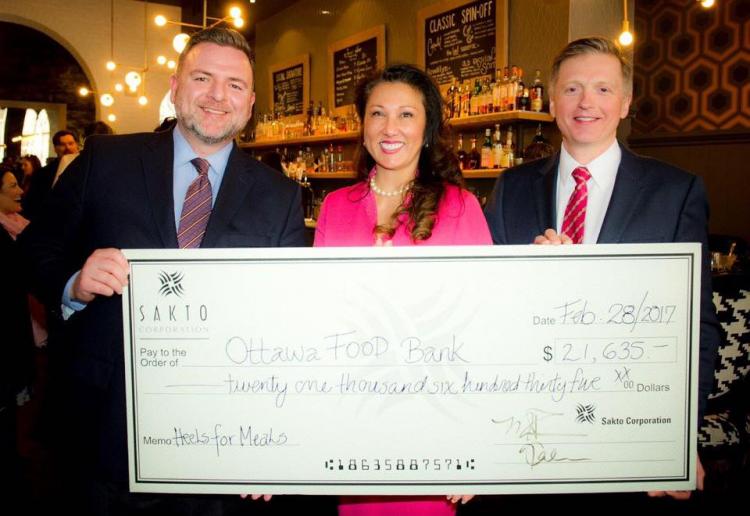 Take, for example, the injection of multi-million dollar mansions once owned by Samling’s  Yaw family in North America into Sakti, which is the mirror company of Sakto fronted by Sean and Jamilah Taib. 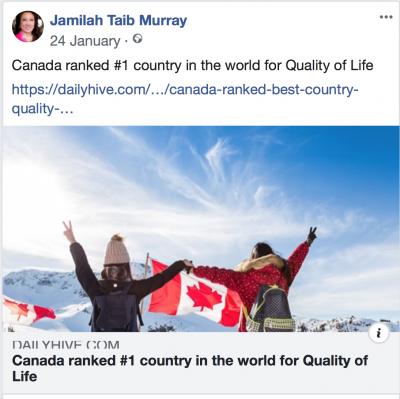 So let’s donate more to that – who cares about the folk back home whose resources we trashed?

Sakto was incorporated in Jamilah’s name (together with her brother and uncle) and acquired its first swathe of hundreds of flats before Jamilah set up shop with Sean in Ottawa.

Over in California Sakti was set up a few years later in the name of the two Taib sons, then studying in San Francisco.

Now the Murrays have absorbed both into the corporation run by Sean and his wife (they sold off the properties handed for one dollar by the Yaws).

Cross the globe to Australia and Sarawak Report has likewise reported on the similar cosy ties between the family of Bakun timber raider Ting Pek Khiing over the multi-million dollar Adelaide Hilton complex, where their fellow shareholders are once again Jamilah Taib and her siblings (with Sean injected as a director).

The Bruno Manser Fund has openly questioned whether the money set up to fund that company, Sitehost Pty, and to acquire the Adelaide Hilton came from Ting, whose sons were the original shareholders before the Taibs acquired the majority of the stake with a huge increase in the share capital in 1994. The NGO has pointed out that the acquisition of those shares by members of the Taib family occured in the very same month that Ting’s Sarawak company Ekran (in which the Taib sons had shares) was awarded the contract to build Bakun:

“Ekran’s most important business deal ever was a MYR 15 billion (AUD 7.5 billion at the time) contract to build the Bakun dam in Sarawak, Malaysia, which it was granted in January 1994 by the Malaysian Prime Minister, Mahathir Mohamad.

It is striking that Ekran was granted this record contract in the very same month that the Taib family increased their share capital in Sitehost to AUD 9.5 million (on 31 January 1994). This raises the question if it was Ting who provided the Taib family the necessary money to purchase the Adelaide Hilton. As Sarawak Chief Minister, Taib clearly had an important stake in the Bakun dam negotiations and it may have been necessary for Ting to curry favour with Taib in order to smoothen the negotiations with the Malaysian government [The Adelaide Hilton Case – BMF].

Meanwhile, don’t expect to see the fur clad, party loving Jamilah round Sungai Asap (the ‘re-settlement’ zone for tribal people flooded from their lands by Bakun) doling out donations any time soon. 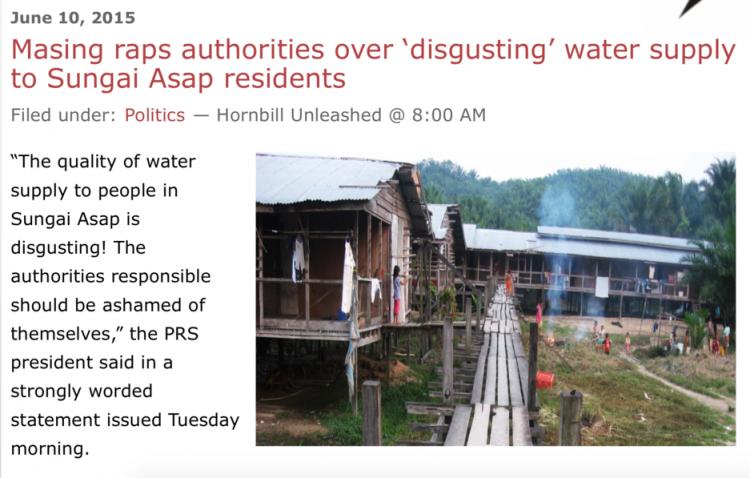 Not worth spending money on?