UPDATE; Saturday afternoon the coup finally SUCCEEDED as those commentators who predicted a final twist were proven right. The intervention of the rulers has put the UMNO/ PAS /Rebel coalition into power in Malaysia under the bogus ‘loyalist’ Muhyiddin Yassin. Will they dare test the matter in Parliament or will Parliament be suspended? Malaysia’s GE14 result has been up-ended and criminals and thieves facing justice are near to having escaped that fate. 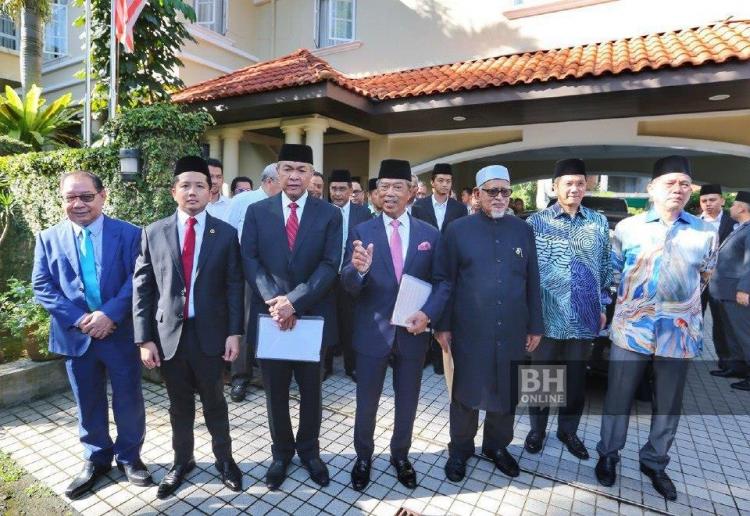 Back-door plotters who have sought to over-turn GE14

PH has agreed to back Mahathir and with that he this morning declared he is confident he has the numbers to trounce a dash to the palace by the UMNO/PAS backed rebels from his party. It means Malaysians can look forward to a return to essentially the same ruling coalition voted in at GE14, minus rebels, and the backdoor coup is therefore quashed.

It is a good outcome after a narrow escape from an attempt to upturn the decision made by the electorate at the last election. Yesterday was one of nail-biting negotiations, secret meetings and above all counting of numbers. There had been treachery on all sides and rash decisions made.

SR for one reckoned Mahathir had cooked his goose after his own deputy Muhyiddin stepped forward to claim his crown and an outraged PH had walked away, demanding the commitments of the election manifesto be fulfilled.

But by nightfall, armed with strong numbers yet faced with the possibility of continuing chaos, those PH leaders again placed compromise first. Sarawak Report learned they decided to step back from the threat of going it alone after Mahathir pledged once again that he would not deal with crooks from UMNO. He would stick to the handover promises of the previous Friday agreement, so rudely upturned by the rebels from PKR and Bersatu.

So, barring endorsement from the palace, the old man seems set to return to fight yet another day.  Diminished but vindicated in his principles, after so many had suspected him of cooking up conspiracies with Zahid, Hadi and all the rest.  The AG who resigned on Friday is now begged to return. The court cases against the crooks can carry on.

Mahathir turned out not to be the traitor to PH as many last week had feared. However, there was rank treachery from others in both PKR and Bersatu, which for seven days destabilised the alliance and stretched to breaking point relations between himself and the remaining leadership in the parties.

Those traitors led by Azmin Ali and the surprise group behind Muhyiddin had plotted with to return the defeated minority parties of UMNO and PAS to power through a backdoor coup, which they hoped would put them both in the top positions. Forget their commitments to the electorate of reform and combatting corruption. If they had succeeded in breaking the remaining ranks of PH (and they almost did) then the numbers beckoned with East Malaysia willing to support a winning coalition.

PH’s leaders in the end demonstrated the patience they always have for the sake of the greater good and today backed Mahathir once more to return to the palace and to his position as prime minister.

Sarawak Report hears that the commitments of the Friday agreement remain – he will hand over by or around the time of APEC. The talk of a Unity Government as opposed to a PH Government appears to have receded – this is essentially ‘Harapan 2.0′, PKR have claimed.  There will be many changes to the compromise cabinet, expected to be shorn both of rebels and those Mahathir claims for now undermine his quest for unity.

After months of destabilising rebel activity this bruising week has at least flushed out trouble-makers, exposed traitors and confirmed who can still be trusted by the people. 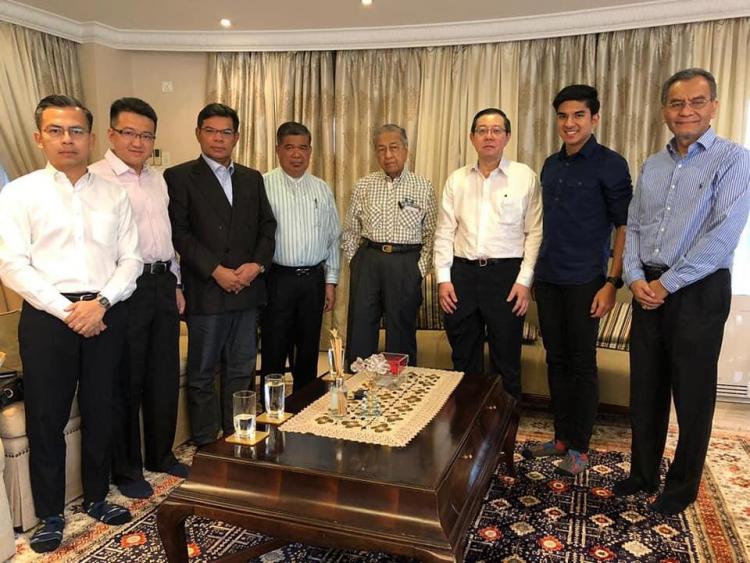 PH ‘lite’ but still together

To be continued and confirmed….