EXCLUSIVE - Health Rules Demand PM8 And All Co-Conspirators Must Immediately Self-Isolate For 14 Days?

One day into his new administration and it appears the new PM8 is already embroiled in a massive apparent cover-up that would seem to threaten health and lives.

Sarawak Report can reveal that the ‘minister’ today reported as having been in close contact with a Coronavirus ‘Covid 19′ victim on Thursday is one of the closest allies of the newly appointed PM, Muhyiddin Yassin, and has been in constant contact with him and the band of cross-party schemers behind the new government over the past three days. Yet so far there has been no announcement of any contact.

The deputy minister (from Amanah) who accompanied him to the event where they were in contact with a now confirmed sufferer of the disease (an employee of Khazanah)*, has already reported himself and been voluntarily admitted into self-isolation within his own home to prevent the further spread of the highly infectious, potentially fatal disease.

Meanwhile, Khazanah has itself confirmed that the employee who came into contact with Muhyiddin’s close friend and political ally is confirmed as having tested positive for the disease and is currently being treated in isolation in Sungai Buloh Hospital:

WHAT THE HEALTH GUIDELINE RULES SAY

It is clear that as world governments brace themselves to tackle this looming pandemic it is vital that leaders themselves set the right example by following the appropriate medical guidelines in such a situation to avoid spreading the disease – in this case amongst the ranks of the new government.

Sarawak Report has consulted a top consultant and Covid 19 advisor, Professor Sanjeev Krishna (Infectious Disease Consultant at St George’s University of London) who provided this expert advice in line with current WHO guidance:

This means reporting for self-isolation on the part of Muhyiddin and all his close colleagues and political allies who mingled closely with the minister during a series of closed meetings and open celebrations on numerous occasions since Thursday.

Unfortunately, this also appears to include the Agong who swore Muhyiddin into office on Sunday morning in the presence of a bevvy of these potentially infected persons. Yet, apart from the Amanah MP who has now self-isolated there has been no evidence that these characters have taken themselves out of circulation, let alone confessed their status as potential carriers of the infection.

This was a photograph released this evening of the new PM8 clasping hands with his new political allies and presumably planned leading lights in the new cabinet, potentially endangering them with infection according to the top UK expert consulted by Sarawak Report. 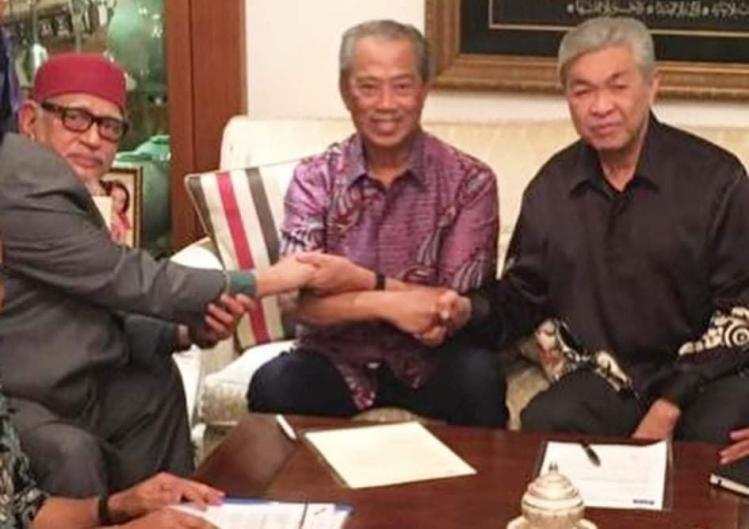 No way to treat your new friends – Did PM8 inform his brand new colleagues of his Covid 19 encounter?

The matter is of particular concern given that PAS leader Hadi is known to be a sufferer of long-term heart conditions, whilst PM8 himself is in remission from a virulent and deadly form of cancer. As such, both men are especially vulnerable to the danger of infection.

The responsible step that all these politicians, who have been in indirect contact with the proven Coronavirus case must be to now put themselves in self-isolation or face serious chastisement for putting others at risk and hiding their potential carrier status.

The list of politicians who must now self-isolate clearly includes Muhyiddin and all his band of breakaway Bersatu MPs. These have been extremely closely hugging and kissing with the likes of ex-PKR collaborator Azmin Ali in the past few hours, according to recorded celebrations available on the internet, meaning all these folk also must self-isolate.

The leading lights of PAS and of UMNO must clearly closet themselves inside as well for the next fortnight along with any of their underlings with whom they have plotted and collaborated in recent hours since Thursday.

This would appear to signify that just as these very characters are seeking to set about meetings to appoint a new government they must in fact down tools and sit at home.

If there is a silver lining to this catastrophe for this controversial government, already contested over its legitimacy and lack of numbers, it must be that many of its leading political figures now surely also have a good excuse to keep away from court and the corruption cases they are facing?

They may also have the excuse they need to postpone parliament due to reconvene next week, where there had been fears they could not muster the numbers to defeat a vote of no confidence from the dominant Harapan coalition whose government they swept aside.

On the other hand, Malaysians will have many questions to answer about the judgement of a new administration that has appeared to be so negligent in putting the health of others at deadly risk. Did they prefer to cover the matter up?

A statement and clarification must immediately be provided – although reporters should decline to be passed such information face to face.

Meanwhile, the country is now left to wonder who is left to run the government at a time when government is needed most to combat this disease. Many will be likely dismayed that the attention of its politicians have been so focused over the past key days on their own political fortunes, rather than the well-being of the population in this key phase of an epidemic.

Fortunately, it is likely that thanks to the rupture of relations between the Muhyiddin Bersatu wing of the party and its former allies now in PH 2.0 few of the later will have been in contact with the known carriers around PM8.

PH 2.0 have announced this weekend that they are reconciled behind former prime minister Dr Mahathir and that they have the names of a majority of MPs to support their right to remain in office.

Malaysia does still have the means to remain governed therefore, should necessity demand it. God provides.

[Sarawak Report knows the identity of the minister concerned, however has refrained from publishing it at this time].

See the guidelines – click here
Note:
According to world health guidelines, anyone who learns they have been in contact with a confirmed case must go home and self-isolate and then contact the health authorities for advice. The authorities will then conduct a contact tracing exercise to determine who is at possible risk according to the information provided from the contact. They will then advise the contact to alert those persons determined to be at risk of contracting the disease or acting as potential carriers.
Those at risk of becoming carriers of the virus include people in close contact for more than 15 minutes less than 2 meters away or who have shaken hands, shared utensils or is coughed at.  Health professionals will advise anyone who has been in contact with a proven case on what to do, however because test kits remain only partially accurate for Covid 19 the advice for all such people is to self-isolate for 14 days whether or not they test positive for the infection, according to professionals: 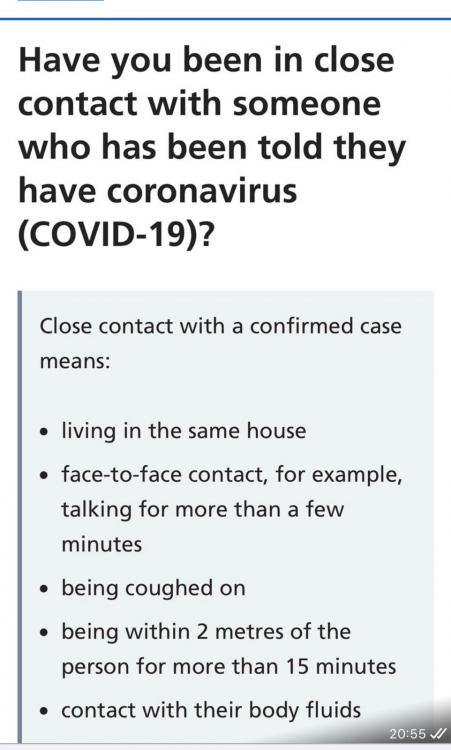 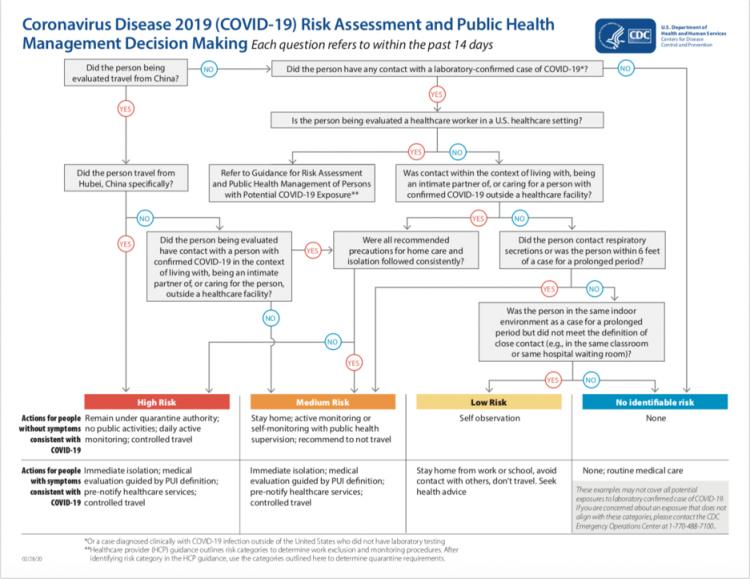 How the health professionals determine the case

*Amended from original report after Khazanah has pointed out the event in question was not hosted by Khazanah.