Little Frogs Are Now Hopping Too?

This time the residence hopping is between states of Malaysia, potentially with state level parliamentary positions in mind, according to inside observers.

The confusion arises from the differing home addresses ascribed to Santhara’s private secretary Dineshawaran T. Rajagopalu who is now a paid member of staff at the ministry.

Resident of Segamat – change of address being processed

Rajagopalu’s father is a former state assemblyman for the Malaysian Indian Congress party (MIC) in the seat of Jeram Padang in Negeri Sembilan.

There are now moves afoot, say those who know, to put young Dineshawaran up in the ethnic stronghold on behalf of his boss’s new political affiliation Bersatu.

Why the Indian origin Malaysian voters of the constituency should be attracted to support a party that publicly puts ‘Bumiputeras’ first will be a challenging proposition for this hereditary candidate to answer.

However, there appears to be another more pragmatic issue relating to his own credentials as a resident of the state.

Presently, Dineshawaran T. Rajagopalu is registered as a voter based in the constituency of Segamat in Johor, the seat of his absent boss. This is confirmed by the online voting information (see right).

The online information does nonetheless reveal that an application to change this place of residence is currently being processed, as indicated by the encircled section.

After all, the Segamat MP is himself getting ready to fight for another more congenial urban seat according to sources in the know. So no reason for himself or his entourage to remain in the rural backwater going forward.

Meanwhile, as that processing continues, Mr Rajagopalu appears to have already registered himself as an official resident of the target area of Jeram Padang in Negeri Sembilan, according to the information now accessible via his IC card. Here are the details pulled out of the online official records: 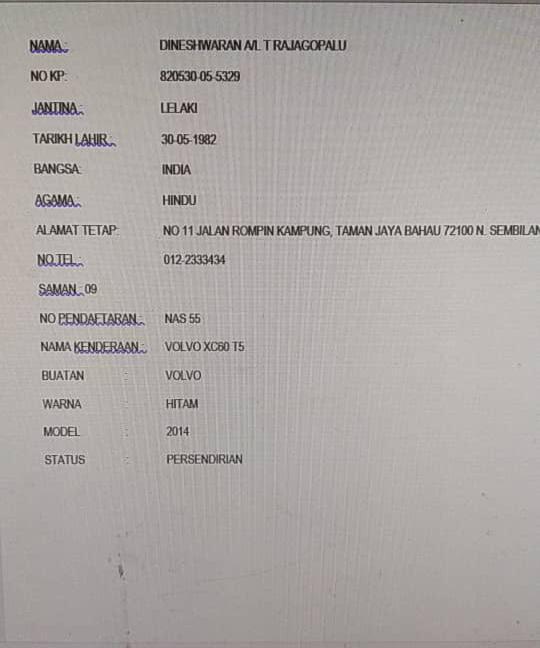 This screen printout of his official IC detail registers a house in the constituency of Jeram Padang, Negeri Sembilan as his present address, namely No 11 Jalang Rompin Kampung, Taman Jaya Bahau.

Could the motive for making such a move relate to the potential objective of seeking the seat? In the past Assembly candidates from outside the state of the constituency concerned have found their nominations rejected, as for example when an election commission official turned down the nomination of a lady from Pahang who had wished to contend in Selangor:

The Election Commission’s Kuala Selangor returning officer Rahilah Rahmat explained when it comes to a state seat, the candidate’s address and the area he or she is contesting in must be within the same state. [Star]

However, confused colleagues have a different story regarding Rajagopalu’s residence. They say he simply does not live in the house registered on his IC. As one explained “he lives in Segamat and his parents house is in Seremban – he was not born there, never studied there and has nothing to do with that place”.

Moreover, a quick survey of the situation has confirmed that the longterm resident of the past 40 years at No 11 Jalang Rompin Kampung, Mr. Kumaran A/L Muniandy, remains in the house and has indicated no awareness that he has started to share the address with a prospective representative for the area.

Could the young prospective assemblyman have therefore somewhat jumped the gun and placed an address on his IC which he hopes to acquire but which has not yet appeared on the market? If that is the case, has he in fact misrepresented himself to the authorities?

Alternatively, could he have made an unfortunate error in giving his details for his IC which by law must be correctly cited?

Maybe there has been a horrendous mistake by the authorities in placing this out of state address, that just happens to be located where Mr Rajagopalu hopes to soon be nominated, on his IC detail which the aspiring candidate simply failed to notice and therefore rectify (whilst his application to move from Johor remains pending)?

Altogether this is most unfortunate, given that his boss has already developed his own residency issues and Rajagopalu has spent the past few days issuing a slew of police reports against those who have raised words of criticism on the matter.

Interestingly, those reports cite a different residence again, this time his parents’ home in a separate constituency back in Negeri Sembilan – his prior residence to Johor. 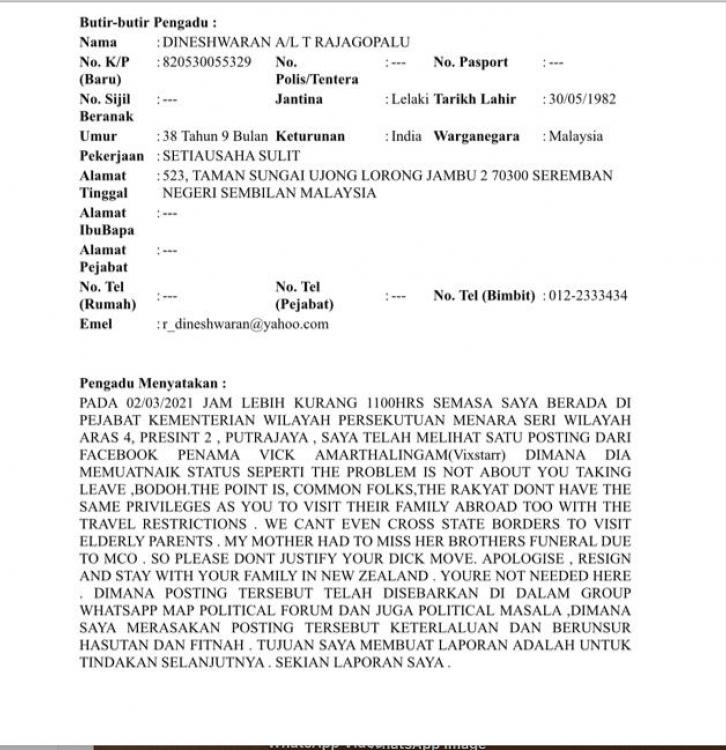 As Rajagopalu defends his boss it might appear that he has caught some of the frog like tendencies that have bedevilled Santhara and infuriated constituents.

Now that this matter has been drawn attention to, along with Rajagopalu’s moving intentions, perhaps the minister can clarify the situation along with the remaining outstanding questions regarding his own status in New Zealand? 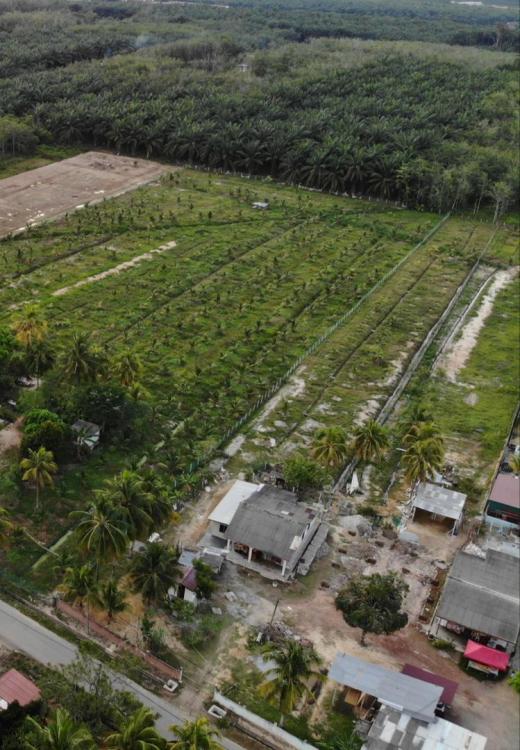 The house in Negeri Sembilan that appears to be Rajagopalu’s present residence as cited in IC details.