A freelance journalist in Mannheim, Germany has identified how millions of dollars stolen from 1MDB ended up in a failed project to develop the former US army base, Turley Barracks, in his town.

The investment, once supported by the local council, was supposed to convert the site into a major commercial and residential centre, but it has turned out to be a disaster as the developer, Tom Bock, ran out of funds before being foreclosed by lenders:

“Ten years after the sale to the investor Tom Bock, Turley is still a major construction site and nothing has happened on many construction projects for years, nature is slowly reclaiming some ruined buildings. But there are other reasons why many people don’t celebrate in Turley: .. Seven of the eleven properties and plots of land on Turley previously acquired by Tom Bock with a market value of around 22 million euros are being advertised and may then find a new (or old) owner. There is uncertainty among residents and businesses on Turley “We don’t know how things will continue,”

Mr Bock had originally been the big hope for the area and lauded by the local council, explains journalist Deiter Leder in an article tracing how his own community has been left high and dry just like people in Malaysia. There will now be a compulsory auction of the property on October 13 as the banks seek to get their money back. 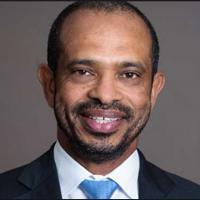 According to the writer it is exactly 10 years since Bock had put money on the table and gone into a joint venture with the authority with a grand project to reap major profits and modernise the town.

At the time no one had questioned from whence that money came. However, 1MDB watchers will note the period was in the aftermath of the issuing of 1MDB’s ‘power purchase’ bonds which were immediately looted by those involved.

Sure enough, Leder’s research has identified a key new shareholder who injected funds to Bock’s enterprise at that time who was linked to the thefts.

She was one Suaad al-Attas from the United Arab Emirates, none other than the wife of the Aabar/IPIC CEO Mohammed al Husseiny, now serving a sentence in the Gulf for his role in looting the Malaysian fund, which included kickbacks to himself of over $66 million:

As early as 2013, Al-Attas became a shareholder in Tom Bock’s company empire. On the one hand, she participated in a capital increase of 30,000 euros. She also provided a loan of almost 5.5 million euros to be used for Soho Turley in Mannheim, as internal documents from Switzerland show.
Equipped with fresh money, Tom Bock offered in 2013 to also develop construction site V….  It stands to reason that some of the funds for the purchase came from embezzled funds from the 1MDB scandal that were reinvested in Mannheim.”

And indeed, scrutiny of the US Department of Justice court filings that traced the flows of the cash embezzled from the fund make clear that this was exactly where the madame shareholder had obtained her investment cash, thanks to it being passed on by her husband after stealing it from 1MDB.

The company Solution Century appears elsewhere in the 1MDB embezzlement story, in that al Husseiny was to use it as his vehicle when he wrote a letter of assurance to Najib stepson, Riza Aziz’s, wealth management company in Los Angeles. The letter formed an attempt to justify the huge payments that were made from the stolen money to Riza’s production company Red Granite Pictures.

Al-Husseiny lied to the managers at NKSFB in the letter sent on behalf of Aabar Investments PJS Limited / Solution Century Limited saying that the transfer of $94.5 million in June 2012 was a gift to Riza from himself :

This letter is intended to confirm that the transfer of $94,500,000.00 which consisted of a wire transfer on June 18, 2012 to BSI Bank, Ltd. (account number [XXX]250A) for the benefit of Riza Aziz was intended as a gift. The transfer was made for no consideration and no services were performed or gift received for assets. This was a gratuitous transfer made with detached and disinterested generosity based on our close personal relationship.

As the story began to implode around 1MDB – al Husseiny was himself the first to be arrested in connection with the scandal in the United Arab Emirates in 2015 – things started to go badly with the Mannheim development. The German journalist cannot say to what extent it was 1MDB’s problems that caused things to go wrong:

It is not known how the initial investigations in 2016 affected Al-Attas and the money she invested with Tom Bock. It may have been reclaimed or confiscated. Apparently from 2016, 2017 at the latest, Tom Bock ran out of money. Apparently, Bock didn’t get any fresh money from banks. Because as early as 2017, Tom Bock tried to get fresh money at short notice with the rather unusual way of crowd investing with a private loan. The bond should run for one year.
Suspension of construction activity, bankruptcy and foreclosure.
Nothing has been happening on the construction sites since 2018. The MWSP [local council] was already dealing with the standstill on Turley in December 2018, but there was not much they could do.
Tom Bock still has the say on Turley: In March 2019 it was publicly announced that Bock is said to have sold building plots IV and V, which were allegedly bought for six million euros, in September 2018 for apparently 36 million euros…
in any case, in 2022 seven of the former eleven properties will be foreclosed on. It could be a fresh start and maybe the penultimate chapter on Turley, depending on who buys what.”

Thanks to these revelations Sarawak Report suggests that those responsible for reclaiming funds stolen from 1MDB should reach out to the German authorities and begin to trace their money. If there are still profits on the horizon to be eventually made then it should not be Mr Bock or others who receive them.