Doubtless anxious to flee the consequences of his capitulation to UMNO strongmen who want a low turnout election in the monsoon season, the Agong of Malaysia surely heaved a sigh of relief that he had an excuse to flit the country this week.

He had been invited to open the Malaysian funded £8 billion pound Battersea Power Station development in South London – by far the most costly building project ever in the UK capital.

Indeed, local project managers seem under the misleading impression that the Agong/Sultan of Pahang is the main funder of the project which is of course untrue. The chief investor is PNB the public investment fund ultimately controlled by the Ministry of Finance, so it is the taxpayers of Malaysia who have risked the eye-watering sums on Britain’s biggest white elephant revival.

The Agong combined the opening ceremony on Thursday with a visit to the new King Charles, who apparently discussed environmental issues with the Pahang royal. Had he got wind of some of the coverage by Sarawak Report and others of the on-going destruction of Pahang’s remaining ‘Protected’ forests of which the royal family of the state has been one of the major beneficiaries?

Fortunately, the Agong is not the funder of the project as UK climate activists could well have been up in arms about unethical finance issues. Nonetheless, the project has been murky from the start and, as SR investigations have shown time and again, questionable money flows from countries such as Malaysia soon start to raise fears of contamination on arrival.

Malaysia’s Movers and Shakers At Battersea

Back in 2019 Sarawak Report identified the key contacts behind Malaysia’s involvement in the power station project, given the go-ahead by Boris Johnson when London Mayor. 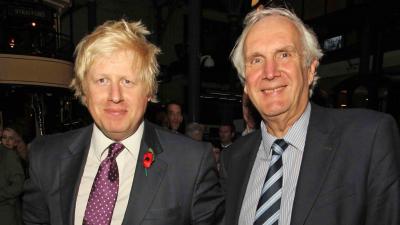 Lister with his then boss Boris Johnson

Running Boris’s office at the time was his deputy, the now Lord Edward Udney-Lister (the ex-Wandsworth Council Leader who waged war on council housing in the borough) and who followed his boss into Downing Street before stepping down before him amid rows over conflicts of interest and an ill-advised Middle East Envoy post.

And prominent as a middle man in bringing the Malaysian money into the then floundering Battersea project was another newly ennobled Lord, Jonathan Marland (a former Conservative party treasurer and donor).

Appointed as the prime minister’s Trade Envoy and then a business minister Marland took open pride in being responsible for bringing the  Malaysian investment, primarily it would seem thanks to his close ties with Najib Razak whom colleagues confirm he acknowledged to be a person he acted as advisor to. 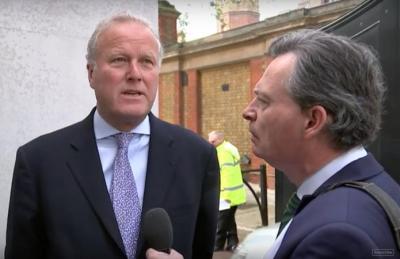 Separate to this official position, Marland was also active in creating and launching what might sound to be another official body, namely the Commonwealth Enterprise and Investment Council (CEIC), of which he was appointed Chairman.

In fact, he was self-appointed as CEIC was a private company set up by Marland himself for which he then gained a mandate from the Commonwealth Secretariat to organise trade events.

One such trade event was held in London shortly after Najib had been identified as MO1 by the FBI/DOJ investigation in 2016. The event lauded Najib and Malaysian links with the UK just days after an anti-corruption conference hosted by the UK government in the very same building, Marlborough House.

This was not Marland’s only contact with Najib, as the Lord is a shareholder of SCL the strategic communications company (parent company of Cambridge Analytica) that was hired to assist UMNO in the 2018 election – despite it being denied at the time.

Such background becomes relevant given Lord Marland’s self-acknowledged role in bringing together the investors from Malaysia with the London Mayor’s key development headache, Battersea Power Station, which had the status of the capital’s biggest white elephant in 2016.

Relations with Najib must have been pivotal to the triumph.  After all, if the Agong was there to cut the ribbon on the finished project it was Najib who joined Boris and then PM David Cameron to turn the earth as it was launched.

The pattern of the investment was as follows: first a well-known BN friendly tycoon, the founder and executive CEO of the private developer JP Setia, Liew Kee Sin, bought up the project in 2012 through a consortium backed by two major GLCs, the pension fund EPF and Sime Derby, both controlled by the Malaysian Ministry of Finance (run by Najib).

Then surprise surprise, JP Setia was itself bought out at an amazing profit by further MOF controlled investors, namely the investment fund PNB and once again EPF and Sime Derby.

The buy-out proved a remarkable deal for the apparently hugely prescient boss of JP Setia who had risked buying into this white elephant. Despite the huge profit made from flipping on the project to these public institutions he carved a further deal by which the entire surrounding area of the project – the so-called Embassy Gardens development – was taken on by his own company Eco World which Liew and several senior colleagues moved over to manage.

Whilst PNB has ploughed billions into developing the infrastructure of the area with new tube and transport lines coordinated especially for the project with the Mayor’s Office, the developers next door at Eco World were able to watch the value of the once run down location soar as they built executive housing for international buyers and the new US Embassy as well.

Eco World thus boomed in Malaysia and the world from 2017 numbering one of the country’s most profitable companies. The entire affair had a distinctly ‘Najib’ feel, naturally, with these vast deals and public investments being concluded swiftly behind the scenes to be unleashed upon the public consciousness as done deals backed by the Malaysian taxpayer.

Close cooperation with the UK Government and Foreign Office (FCO) were clearly pivotal to smooth proceedings – Hugo Swire of the Southeast Asian family business empire then being the Minister at the FCO. Lord Marland was known for his good relations in this regard – indeed Swire was to become CEO of the CEIC the moment Teresa May terminated his position.

Likewise, over at City Hall Edward Lister had been a key contact when the Battersea project was launched by Liew. After leaving City Hall when Johnson moved to Parliament in 2016 Lister took up the role of Chairman of Homes England, while also serving as a non-executive director at the Foreign and Commonwealth Office during the time that Boris Johnson served as Secretary of State.

Hence the considerable surprise in several quarters when Sarawak Report revealed in July 2019 that both Lord Marland and Lord Lister had taken up directorships in a company linked to Eco World UK – ECO WORLD MANAGEMENT & ADVISORY SERVICES (UK) LIMITED – alongside their public positions. Marland was a significant shareholder although the main shareholder was the Eco World boss Liew Kee Sin.

Lister had also taken up a second directorship in another subsidiary of the group  Eco World London Development Company Limited. Sarawak Report questioned the conflict of interest owing to Lister’s Chairmanship of the affordable housing body Homes England when the Battersea project was gaining exemptions from the affordable housing legislation.

The following month August 29th 2019 Lister stepped down from both positions.  Newspapers later revealed that Lister had received half a million pounds for his services to Eco World and likewise questioned the conflict of interest.

Lister continued into Downing Street as Boris’s advisor on becoming PM, however was later driven to resign again over alleged conflicts relating to his relationships with developers, this time after it emerged he was now on the payroll of two other developers, Stanhope and Delancey, while serving in government as chief strategic advisor to prime minister. Johnson had also appointed Lister as his ‘Gulf Envoy’ a position he likewise was forced to resign in April 2021.

As the Battersea opening arrives, Sarawak Report has now notes that Lord Lister in fact returned to the Board of two Eco World concerns in the UK in October 2021. 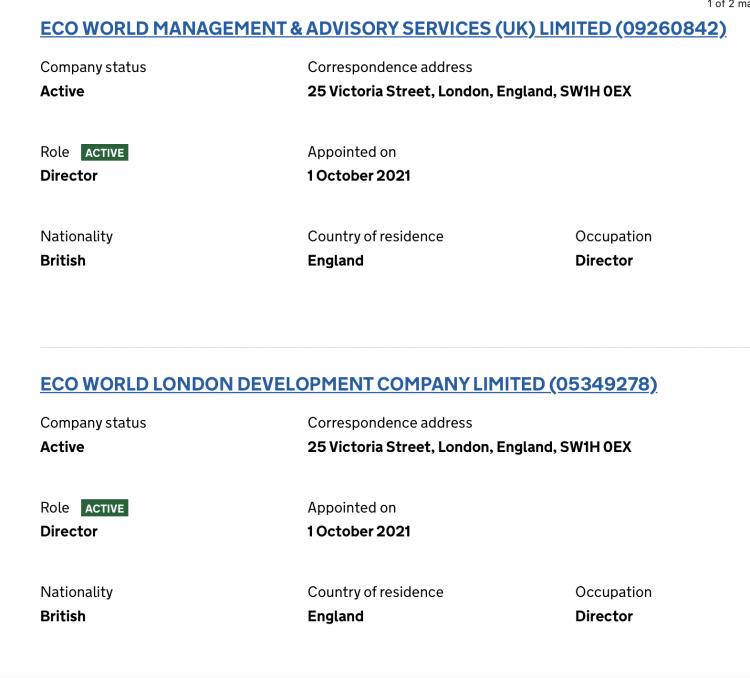 Lister is back in business with Eco World

His experience as Leader of the relevant Wandsworth Council and mix of political and development positions and continuing role in the House of Lords have plainly provided just the input needed for the ambitious Malaysian project.

Meanwhile Lord Marland has not only continued with his own position at Eco World Management but it is understood his son has moved to Kuala Lumpur to work in Eco World Malaysia.

It seems that once again the passage of Malaysian money brings with it a murky Malaysian feel to wherever it arrives. 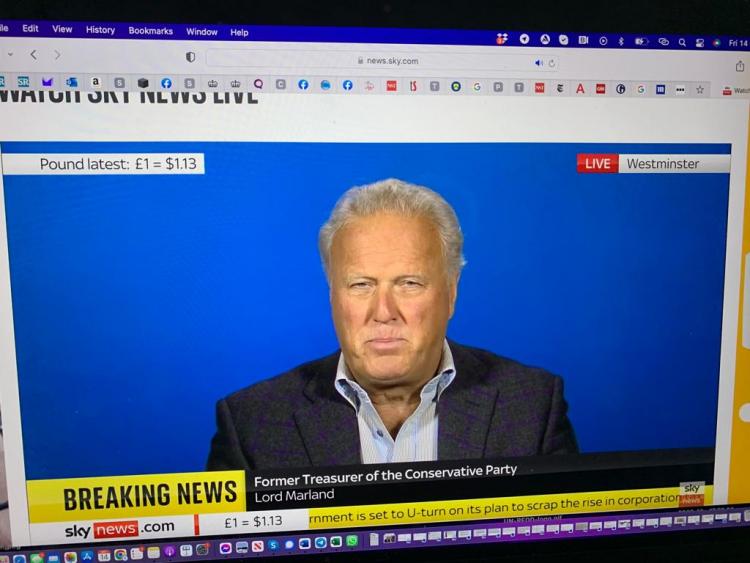