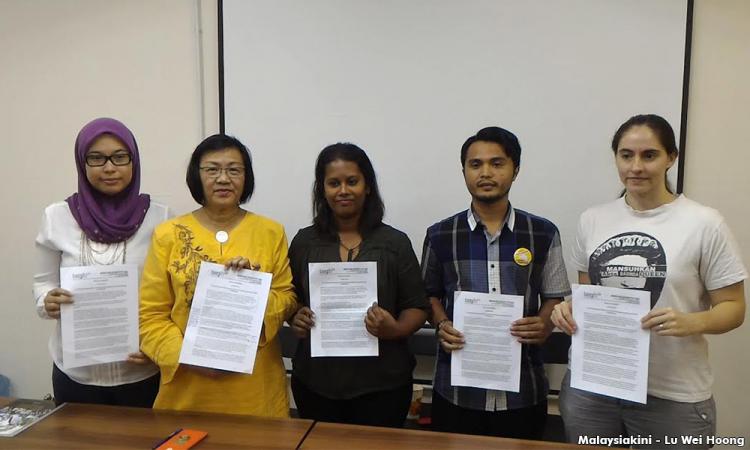 There were seven categories of election offences that were repeatedly observed and reported throughout the campaign period and on polling day (evidence attached).

Cash handouts were also observed during the campaign period. In Katibas, people received a letter from BN to collect ‘Bantaun Khas’ and in Tasik Biru, voters confirmed to our Pemantau they had received RM30 each from BN party workers when they visited their house (recording attached).

BERSIH 2.0 wants confirmation if Federal Government agencies, school and college associations and business associations which hosted lush dinners to promote BN candidates during the campaign period were authorised under Section 15A of the Election Offences Act. If these organisations were authorised to fund campaign activities, BERSIH 2.0 believes the expenses for such events were in excess of the RM100,000 expenditure cap (Section 19(1)(b) of the EOA).

In Miri, Adenan Satem held an event with the candidates for Mulu, Telang Usan and Ba’Kelalan in the 5-Star Pullman Hotel and provided food for over 1000 people. In Bawang Assan, SJK Thai Kwang held an 85th anniversary celebration with a sit-down meal provided for over 500 people, in which campaign speeches were given by Adenan Satem and other BN candidates to campaign for Bawang Assan, Pelawan, Dudong and Bukit Assek.

In Telang Usan, in Long Tebangan, the Tuai Rumah (head of the longhouse) threatened that those who do not support BN will not get allocation for their houses in the future.

4. Treating (Section 8 of the EOA)
Providing free food and drink at campaign events was widespread and carried out by both sides. All BN events in Tasik Biru attended by our Pemantau provided food free of charge. In Bawang Assan, lucky draw prizes were also awarded, including smartphones and hampers. In Long Bemang, Telang Usan, five groups were given RM2000 each for food while waiting for the visit of the BN candidate.

5. ‘Pondok Panas’ (campaign booth) on Polling Day (Section 26(1) of the EOA)
On polling day, booths were set up by BN, PKR and DAP outside polling stations observed by the Pemantau. In Bawang Assan, the DAP pondok panas provided water to voters and the BN pondok panas gave out both food and drink to voters. In Batu Kitang, a PKR pondok panas recorded the names of voters and in exchange gave them a PKR button badge. At the Lidah Tanah polling station in Batu Kitang, our Pemantau observed the BN pondok panas was directing voters to a table where they were given money after voting.

6. Ferrying of voters to the polling station (Section 20(1)(a) of the EOA)
At Bawang Assan Long House, the Pemantau observed voters waiting to receive RM20 in travel allowance from BN party workers.

7. Use of government machinery
All BN candidates used the Federal and State government property, branding, logos and funds to campaign in the election. State and Federal government logos were commonly seen on BN banners and government cars were used to transport candidates and those campaigning for them.

Incompetence and failures by the Election Commission (EC)

The Pemantau teams also observed and received verified reports of a number of procedural failures by the EC.

1. At SK Garland in Batu Kitang, the indelible ink was applied on the wrong hand, in contravention of Section 19(4) of the Elections (Conduct of Elections) Regulations.

2. In Long Likang (Telang Usan), the returning officer refused to give copies of the Form 14 to the counting agents, as required by Section 25(12)(b)(ii) of the Elections (Conduct of Elections) Regulations.

3. Disabled access at Bawang Assan polling stations was limited and those in wheelchairs had difficulty reaching the polling streams.

4. The Returning Officer for Bawang Assan was unaware of his responsibility under Section 27H of the Election Offences Act to ensure laws relating to elections are being complied with. This was communicated to the Pemantau team when they lodged a report on 4 May 2016.

Despite the continuous pressure by the Malaysian public for free and fair elections, the EC has once again failed in its duty to protect the democratic rights of Malaysians.

BERSIH 2.0 will compile all the collected evidence and produce a report on the documented and verified offences. This report will be sent to the EC and form the basis of future awareness programs in the state. BERSIH 2.0 is also exploring legal avenues in relation to the documented offences.

The powerpoint presentation and some evidence can be found here:
https://www.dropbox.com/sh/kaaz27njd0bcau6/AAAStCmOtLqbQB57DEa7s9C6a?dl=0