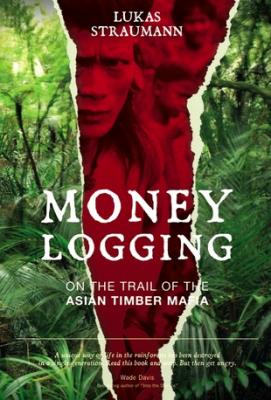 (KUALA LUMPUR, MALAYSIA) Malaysia’s Home Ministry has seized an explosive book on timber corruption in the Malaysian state of Sarawak. All copies of „Money Logging: On the Trail of the Asian Timber Mafia“ on display at the Kuala Lumpur International Book Fair were confiscated on Thursday by the police, according to GB Gerak Budaya, the South East Asia distributor of „Money Logging“. The book is authored by historian Lukas Straumann who is also the executive director of the Swiss human rights and environmental NGO, the Bruno Manser Fund.

„Money Logging“ exposes the role of Sarawak’s Chief Minister and current Governor, Taib Mahmud („Taib“) in the exploitation of the state’s vast natural resources and documents how Taib and his closest family members became billionaires in post-colonial Sarawak. The Malaysian politician’s family has stakes in over 400 companies in 25 countries around the globe.

Author Lukas Straumann reacted with disbelief to the seizure of his painstakingly-researched book. „Freedom of expression is a core value of any democratic society. The Malaysian Home Ministry has no legal basis for the seizure of my book and I do personally call on the Home Minister, Ahmad Zahid Hamidi, to instruct his officals to release the seized copies of Money Logging.“

„Money Logging“ already made headlines prior to its publication end of last year when Taib Mahmud’s London lawyers threatened Amazon and Bergli Books, the Swiss publisher, to sue them if they published and distributed the book. However, the Taib family later failed to live up to their legal threats and Taib’s lawyers did not reply to an invitation to the Sarawak politician to defend his position at a public event in London.

The Bruno Manser Fund will make sure that Malaysian readers will continue to be able to read Money Logging, either as an e-book, or by direct distribution from Switzerland. Next Tuesday, the book will be launched in Geneva, Switzerland, with a public event at the Geneva Press Club (7pm).