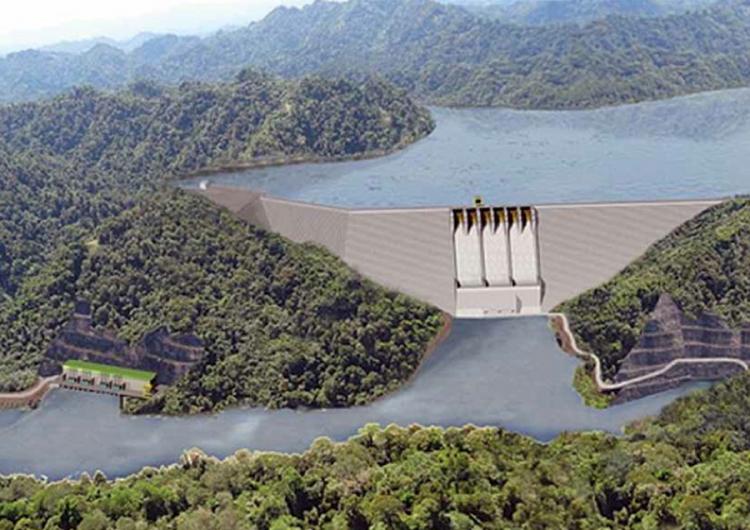 After two years of blocking all work on the proposed Baram Dam in Malaysia, the indigenous peoples have scored a major victory: the state government has announced a moratorium on the controversial dam and an evaluation of small-scale energy alternatives.

(KUCHING / SARAWAK / MALAYSIA) The Chief Minister of Sarawak, a Malaysian state on Borneo, has publicly announced a moratorium on the controversial Baram Dam. This is a great victory for the indigenous communities that have been struggling to defend their traditional land. For the last two years, they have been manning two blockades and have successfully stopped all work in the area.

It has been in the news for a while that Sarawak’s new Chief Minister Adenan Satem has been rethinking the proposed 12-dam series under the industrialization programme Sarawak Corridor of Renewable Energy (SCORE). It is, however, the first time that Adenan has personally commented in the media. In the interview on Malaysian TV3, Adenan last week said: “I have shelved the Baram Dam for the time being. Now we have Batang Ai, Bakun, Murum [dams]. At this juncture, it is enough. We are now determining our future needs for electric power […]. There is a moratorium on Baram,“ (translated from Bahasa Malaysia). He added that he wants to look into small-scale energy options such as solar power and micro-hydropower.

The indigenous peoples of Baram are treating the news with caution. Peter Kallang, chairman of SAVE Rivers, the grassroots network fighting Sarawak’s dam initiative, commented: “While the people are really glad to hear that there is a moratorium on the Baram-1 HEP dam project, the great sense of anxiety is still there. This is due, firstly,  to the status of their native lands which are already gazetted for construction of the dam. Secondly,  it is because of the ongoing logging activities being carried out with valid […] permits issued by the government in anticipation of the dam.”

Over the last few months, there have been indications of a change in government policy regarding the proposed dam series. In June, Adenan received a delegation of dam critics led by professor Daniel M. Kammen from the University of California, Berkeley, and SAVE Rivers Chairman, Peter Kallang. Adenan promised to hear the affected people first, before taking any decision on the proposed Baram Dam. Professor Kammen’s team has been evaluating the potential of clean energy solutions for the state and, at Adenan’s request, they developed a proposal to work on clean energy options as alternatives to the proposed dams.

The Bruno Manser Fund welcomes Adenan’s decision to impose a moratorium on the Baram Dam and asks the government to quickly follow this up with action in order to boost confidence in the policy turnaround. The Bruno Manser Fund is demanding:
1)    A prompt launch of collaboration with the Berkeley team to find an alternative energy path for Sarawak;
2)    A moratorium on logging in the proposed Baram reservoir area;
3)    A meeting with the affected Baram people to hear their voices as promised.

The three studies of the University of California, Berkeley: