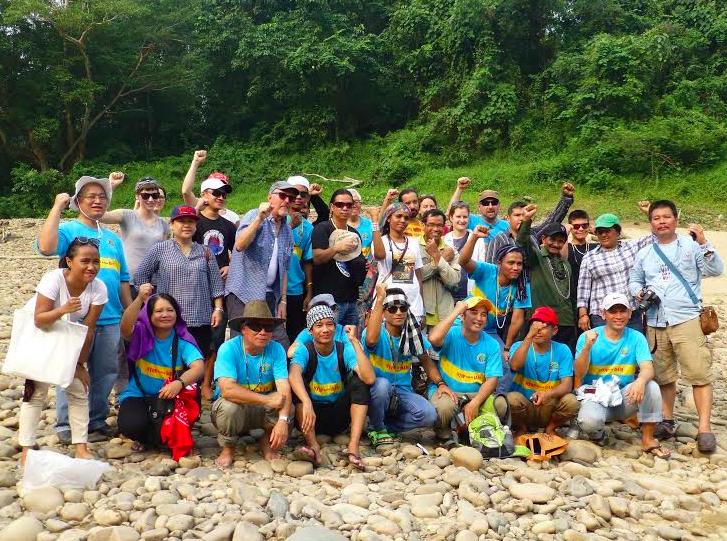 Indigenous leaders fighting against dams worldwide join the call for a thorough investigation into the circumstances surrounding Berta Cáceres’ assassination.

In a joint statement, anti-dam activists from around the world have expressed their grief and anger about the murder of Honduran indigenous leader Berta Cáceres and call on the Honduran government to facilitate a thorough, independent investigation. Berta Cáceres, defender of the rights of the Lenca people, was assassinated in her home in La Esperanza, Honduras, last week. Her death comes at a time when Lenca communities are being violently forced from their land and the Agua Zarca hydroelectric project, defeated in 2013, has resurfaced.

In October 2015, Berta joined indigenous leaders opposing dams from around the world in Sarawak, Malaysia, for the World Indigenous Summit on Environment and Rivers (WISER). During the WISER Conference, Berta spoke about the threats she and her community members faced from the military, paramilitaries, police, and hitmen: “Ten members of our organization have been murdered; four of them for defending the Gualcarque River”.

During the week-long WISER summit, the exchange between participants revealed the same threats and enemies to indigenous territories around the world. Traditional practices and territories are threatened by dams, extractive mining, logging concessions, monocultural expansion, and faulty carbon credit projects that result in so-called “development” for the already wealthy elite.

Hearing of the murder of their companion, the WISER representatives and organizers from the US, Malaysia, Indonesia, Cambodia, Philippines, and Brazil have issued a joint letter to Honduran embassies worldwide. They ask the Honduran government to conduct a prompt and thorough investigation into Berta’s assassination, stop the Agua Zarca dam, and provide human rights defenders with the necessary protection.

The indigenous anti-dam activists were inspired by Berta’s passion to struggle: “We deeply admire Berta for her great courage and strength. She knew that her life was in danger, and continued to fight for the rights of indigenous people and to protect the land and rivers. We stand in solidarity with the people of Honduras who bravely continue the fight to which she devoted her life.”

Peter Kallang, Chairman of the Malaysian anti-dam grassroots movement SAVE Rivers and host of WISER, stated: “In her life Berta Cáceres’ passion for the indigenous Lenca and her leadership in pressuring the dam builder to pull out of the Agua Zarca Dam was an inspiration. Now in death her spirit lives in many who fight for human rights and the rivers all over the world.”