Joint Statement: Malaysians call for the immediate stop to mega dam projects across the country 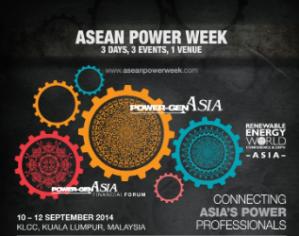 From 10-12 September 2014, thousands of people will converge in Kuala Lumpur for ASEAN Power Week. The conference sponsors, including Sarawak Energy Berhad (SEB) and Tenaga Nasional Berhad (TNB), are welcoming the delegates arriving for this three day conference and introducing their vision of power generation in Malaysia. On this occasion, people representing communities in Sarawak, Sabah and across Peninsular Malaysia affected by mega dams, will also be coming to the national capital to directly bring a joint message to the delegates of ASEAN Power Week.

We urge all delegates offering or considering investments in large hydropower dams and associated facilities in Malaysia, specifically those projects which are advanced by SEB and TNB, to urgently withdraw any support and reconsider any future involvement in order to avoid the serious social, environmental and economic risks involved.

Large dams just aren’t worth the cost. Several internationally respected experts on the social and environmental impacts of dams, including Oxford-based researchers and consultants working for decades to provide advice to dam companies, have recently spoken up about the destructive impacts of dams, noting that onerous costs and
damage involved mean the projects are ‘not worth it’.

This has also been the position of many Malaysians on grounds that mega dams destroy the environment and impoverish local communities. Furthermore, based on a comprehensive study completed in 2014 by Oxford economists of over 250 dams built in recent years around the world, there is mounting evidence that dams are not economical or sustainable investments.

The 2400 MW Bakun Dam project exemplifies everything wrong with mega-dam projects. It went ahead even when energy demand in the whole of Sarawak state was only around 400 MW in 1997. Some 10,000 indigenous peoples from 15 different communities in 1998 were forced to resettle and over 700 square kilometers of virgin rainforest – an area the size of Singapore island – were inundated. To make matters worse, it is currently only running at 50% capacity due to lack of demand. The Bakun Dam lacked proper planning and feasibility studies, and failed to meet national environmental impact assessment and social impact assessment requirements. Unfortunately, the dams being currently proposed are no different, as they too lack comprehensive planning and options assessments and have not obtained the consent of affected communities to advance.

Despite public outcry, Malaysia’s insatiable thirst for mega-dam projects is not waning. There are over 12 mega-dams being proposed in Sarawak, 16 in Sabah and at least 3 in Peninsular Malaysia.

Mega dams destroy the lives of our indigenous peoples.

The 10,000 people of Bakun were forcibly and unjustly displaced from their centuries-old traditional
ancestral land to the slum conditions of the resettlement scheme at Sg. Asap, a fate that has been
described as ethnocide.

Learning from the nightmarish experiences of the Bakun Dam and the Sg. Asap Resettlement Scheme, indigenous communities throughout Malaysia have stood their ground. The Baram communities have blockaded access roads for over 300 days (since 23rd October 2013), because they, like all other indigenous communities affected by mega dam projects, have never been asked for their consent nor given an opportunity to grant or withhold their “free, prior and informed consent” for the project, a right that is guaranteed by the UN Declaration on the Rights of Indigenous Peoples (UNDRIP), of which Malaysia is a signatory.

Involuntary resettlement of Indigenous Peoples is equivalent to destroying them, as a People. This is
because for indigenous peoples, their well-being and identity are closely linked to their customary
land which they depend on for their livelihood, sustenance and spiritually.

While local communities perish, the wider global community is impacted by the devastating effects of mega-dams on the global climate. Mega-dams flood endangered wildlife habitats that can never be replaced by any form of ‘biodiversity offset’, disrupt migratory patterns of fish and birds, and fragment species populations, causing them to decline. Once flooded, these unique forests, which now serve as vital carbon sinks, would decompose underwater releasing methane, a global warming gas 25 times more potent than carbon dioxide. Tropical mega-dams are not ‘green’ projects: in fact, over the project lifetime, they can contribute as much greenhouse gas as coal-fired plants!

Furthermore, Malaysia’s forests are a vital refuge for more than 1000 mammal species and an estimated 8,500 species of vascular plants in Peninsular Malaysia, with another 15,000 in the East. This includes critically-endangered species protected under the Convention on International Trade in Endangered Species of Wild Fauna and Flora (CITES) like the Bornean orang-utan, pygmy elephant, Malayan sun bear, tiger and tapir.

Investing in large dams does not typically yield a positive return because of the onerous construction costs involved due to frequent cost overruns and the long time-span involved. Large dams take years to build, typically taking substantially longer than planners estimate. This means they do not respond to current energy demands. In reality, the building, engineering and operation of large dams are often driven by underlying political incentives, leading to an underestimation of actual project costs and complicity with corrupt or coercive business dealings.

Investing in large dams is also risky under the current regime of climate change. Since modelling for dams is typically based on historical studies of water flows, large dams can be more prone to operational problems with the increasing trends towards unpredictable rainfall and flooding patterns, and longer periods of unexpected droughts.

Finally, given the level of community opposition amongst people affected by the building of dams, most of whom are indigenous peoples, investing in dams in Malaysia can severely damage the image of all businesses involved–it is not an investment in green technology, nor an investment that respects human rights. All companies considering involvement in dam projects could risk becoming complicit and liable for violations of constitutional law and international law.

We call upon Sarawak Energy Berhad, Tenaga Nasional Berhad, the government of Malaysia as well as institutions that are considering or offering loans, financing, or advisory, engineering or construction services for mega dam projects to uphold Malaysia’s constitutional provisions without exception and respect all international obligations under the UN, including the UN Declaration on the Rights of Indigenous Peoples (UNDRIP).

We also call for the above actors to:

Respect dam affected peoples’ expression of broad community opposition to these dams and their decisions to withhold consent by immediately withdrawing from the respective project sites. All surveys, bidding processes, land acquisition and preparatory site work—including logging—for these projects should be immediately halted.

Address the lack of transparency surrounding these projects by publicly releasing all studies, surveys and plans completed to date about the proposed dams and their impacts, making them available online and in hard copy in Bahasa Melayu, English and local indigenous languages.

Return all lands acquired for the proposed dams to the native customary rights land holders. Any further action towards extinguishing the rights of rightful landholders and usurping the properties without free, prior and informed consent (FPIC) of all affected residents and their leaders (selected and agreed upon by the community concerned) is unconstitutional and should not proceed.

Respect and abide by the national court rulings to uphold native customary land rights based on the provisions of Malaysia’s Constitution.

Federal and state governments must proactively address the electricity needs of the indigenous communities by exploring genuine and sustainable form of energy systems such as off-grid, stand alone community-based renewable energy projects.

We further condemn the conversion of the precious river resources into cheap energy and the immoral sale of these energy sources to dirty industries like aluminum and manganese smelting under Sarawak Corridor of Renewable Energy (SCORE).

We, therefore, demand that Sarawak Energy Berhad, Tenaga Nasional Berhad, the State Governments of Sabah, Sarawak and in Peninsular Malaysia and the Federal Government to immediately put a stop to this unsustainable practice and end the violation of the rights of the indigenous peoples.

This statement is endorsed by the following concerned organisations and individuals (in alphabetical order):