Media Statement by MP Tony Pua - Will the Prime Minister tell the whole truth, and nothing but the truth? 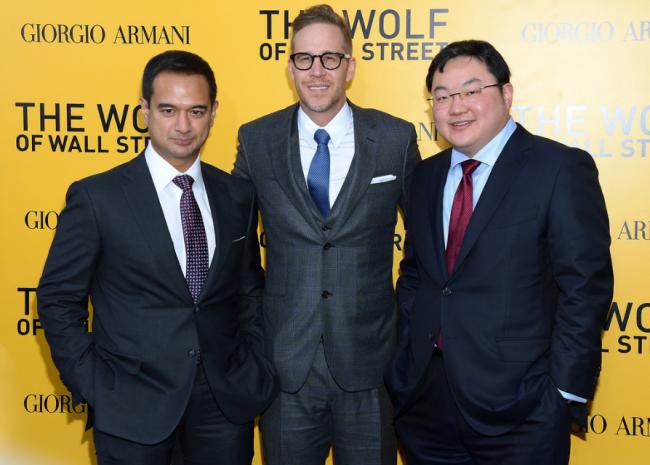 Both Jho Low and 1Malaysia Development Bhd (1MDB) have at best been extremely economical with the truth. Will the Prime Minister tell the whole truth, and nothing but the truth?

In a shocking expose published by the New York Times[1] yesterday, it was reported that Jho Low “is regularly consulted on its actions, according to three people who have had regular dealings with 1MDB but requested anonymity to preserve relationships”.

Even in his own statement, Jho Low admitted that “from time to time and without receiving compensation,” he has given his views on various matters.
This new piece of evidence points to the fact that both Jho Low and 1Malaysia Development Bhd have been lying to Malaysians in the face over the past few years.
Jho Low had repeatedly denied any involvement of any nature with 1MDB.  In his statement issued to the media as late as 5May 2014[2], Jho Low had continued to deny any involvement in 1MDB, or formerly known as Terengganu Investment Authority (TIA).
Mr. Low and/or any company in which Mr. Low wholly owns has never received any compensation or patronage directly from any entity wholly owned by the Government of Malaysia.
Mr. Low has never held any position in 1MDB or in the Malaysian government. Mr. Low was appointed as one of the many advisors invited by the stakeholders of Terengganu Investment Authority (TIA) to provide advice from Jan 2009 to mid-May 2009 given his market-based knowledge. Mr. Low has not been involved in TIA since mid-May 2009.
1MDB had in 2012 also issued the similar unequivocal denial.  According to the then CEO of 1MDB Datuk Shahrol Halmi, “the role of Jho Low as far as 1MDB is concerned is zero.”
It has now been proven with the expose and Jho’s own words, that the latter’s role is certainly not anywhere near “zero”.  In fact, Jho’s role may be far greater than he has let on, given his wavering stance on the matter.
There now appears to be credible truth behind the allegations made on the Sarawak Report website which claimed that Jho Low is actively involved in decisions made at 1MDB and all its related vehicles, including Petrosaudi International Limited.
In September last year, sources informed the Sarawak Report that “Low controls 1MDB, they do what he says.”[3]
In the exclusive story, the Sarawak Report was made privy to a series of communications between leading managers of 1MDB and Low, which clearly supported the claim of this insider.  The exchanges allegedly showed that Low was copied into the details of investment decisions, along with a handful of senior 1MDB management figures and partners to major transactions.
It was also the Sarawak Report which first exposed in May 2014[4], the fact that 1MDB had backed Jho Low’s £1.028 billion (RM5.7billion) bid for the Maybourne Hotel Group with a “letter of support” in documents sighted from the United Kingdom Courts.
According to the Sarawak Report, “the judge made it clear on a number of occasions that Low was representing himself and his company as an entity backed by a Malaysian government ‘sovereign wealth fund’.”
Together with the latest expose by the New York Times, it is now clear that both Jho Low and 1MDB have at best, been economical with the truth.  At worst, they are lying through their teeth to Malaysians.
What is more damaging is that the good name of the Prime Minister, Datuk Seri Najib Razak is now being sullied by the fact that he is the country’s Finance Minister, the Chairman of 1MDB’s Board of Advisors as well as being close family friends with Jho Low.
1MDB has accumulated a staggering RM42 billion of debt in just 5 years.  The scandal is even more pressing given 1MDB’s inability to repay a paltry RM2 billion of the outstanding loans since November 2014 when it was due.  It is crucial now for the Prime Minister to tell Malaysians the truth and nothing but the truth on 1MDB, and in particular, Jho Low’s involvement in the troubled wholly-owned subsidiary of the Government.
Tony Pua
[1] http://www.nytimes.com/2015/02/09/nyregion/jho-low-young-malaysian-has-an-appetite-for-new-york.html
[2] http://www.themalaysianinsider.com/sideviews/article/clarifying-facts-about-jho-lows-businesses-media-statement
[3] https://sr-wp.london.goodcaesar.org/2014/09/more-links-jho-lows-spending-and-malaysias-development-money-exclusive/
[4] https://sr-wp.london.goodcaesar.org/2014/05/how-1mdb-backed-jho-lows-private-equity-splash-further-exclusive/