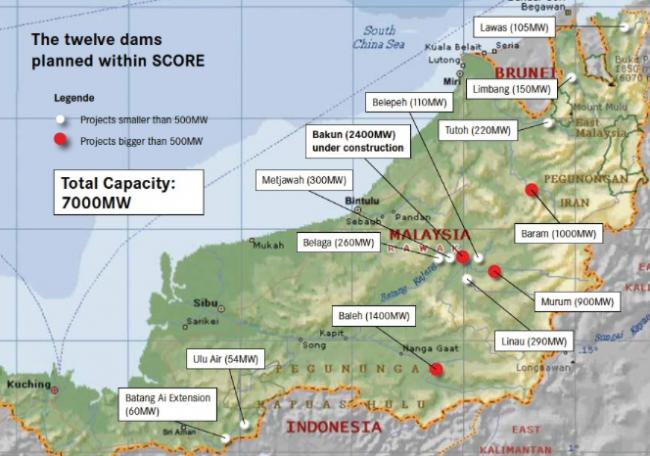 Following strong calls by this blog and local/international NGOs for an end to corrupt dams in the state, the government has now been urged to seriously reconsider building 12 more dams in Sarawak by Opposition leader Baru Bian.

“It appears that the government is determined to build dams and invite foreign investors to establish industries here by offering attractive rates. Many cynical Sarawakians will no doubt say that these dam projects are to enrich the many cronies and rent seekers who abound in this state,” said Bian 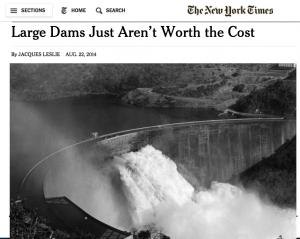 It has been well documented by this blog and by organisations such as the Bruno Manser Fund and International Rivers that the electricity generated by Sarawak’s dams are not needed. The electricity is being used to fuel dirty industries under the Sarawak Corridor of Renewable Energy (SCORE), many of the contracts going to Sarawak Governor Taib Mahmud, his family members and cronies.

In what was once considered an eco-friendly and cheap energy alternative, the international community are now branding hydropower as a serious environmental and socio-economic concern. Dams are being removed from across the globe as quickly as they were constructed.

In a New York Times article in August, respected dam consultant Thayer Schudder described how he came to realise that dams have disastrous environmental and socio-economic consequences. Scudder’s later experience with a dam in Laos confirmed his suspicion that ‘the task of building a dam is just too complex and too damaging to priceless natural resources’, Baru told the government.

These findings are mirrored in a recent Oxford University study titled “Should We Build More Large Dams? The Actual Costs of Hydropower Mega-project Development”, which found that the cost of constructing large dams are so high that they cannot yield a positive return. 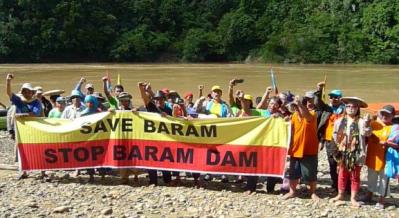 And what about safety concerns? Bian says that  “The footages of dam failures from around the world are frightening in the intensity of the water surge and the damage they cause. In a technologically advanced country like the United States of America, dam failures have been documented in every state. In Malaysia, just last week, the Sultan Abu Bakar Dam in Cameron Highlands broke down due to torrential rain, killing three Indonesian workers and causing huge property losses”

Sarawak Report recently exposed how Norwegian company Norconsult, who were tasked to carry out an independent assessment of the Murum Dam turbines reported that the dam suffered from serious defects that could potentially cause a “catastrophic” breakdown. “Can we have some clarification from the minister concerned about this allegation and a report on the turbines’ defects, and what has been done about it?” questioned Bian

We also recently leaked the Sarawak Energy Environmental Impact Assessment that detailed the “catastrophic” consequences of a possible “cascading failture” of the Murum and Bakun Dams. There have also been concerns over the sloppy construction techniques that took place at the Bakun Dam.

Indigenous communities have been blockading against the construction of the Baram dam for over a year but whether the government is willing to listen to the views of the people remains uncertain.

For more information on Sarawak’s dams check out some of our other stories.