Reflections this International Womens Day: The Perversion of Justice

REFLECTIONS THIS INTERNATIONAL WOMEN’S DAY: THE PERVERSION OF JUSTICE 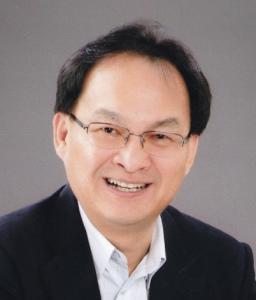 KUCHING/MALAYSIA: This International Women’s Day, as we grapple with the events of the past 72 hours, Malaysians have many reasons to mourn and at the same time, we have as many reasons to be thankful.

We mourn for Lady Justice, for she has been betrayed and defiled, the precious scales of justice ripped from her and thrown into the gutter by those who have no qualms about abusing the legal process for political gain. The only evidence of sodomy that was painfully plain for all to see was of that inflicted upon her in her own sacred domain last week. Many observations and analyses have been presented about the way Dato’ Seri Anwar Ibrahim’s case was bulldozed through the court with unprecedented and unholy haste. The Bar Council president aptly described it as being suggestive of a persecution instead of prosecution. Others point to the desperation of UMNO to prevent DSAI from contesting in Kajang, a move which could well spell the beginning of the end for UMNO.

It is clear that political interference was at work in the once hallowed halls of justice. We are regressing to the dark days of Mahathirism, when the judiciary was manipulated to facilitate the repression and oppression of opposition leaders. I feel a deep disappointment, for the present Chief Justice had, since his elevation in 2011, conveyed a strong resolve to restore and maintain an independent judiciary. Sadly, his judges do not appear to hold the same principles as the Chief Justice, as demonstrated in the way the rules of court and standard practice and procedure were disregarded in their court last week.

The Chief Justice acknowledges that corruption exists in the Judiciary, for he said in his address at the opening of the legal year in 2013:

‘I wish to call upon the members of the BAR and the members of public to restrain from corrupting the judges and officers in order to gain favour from them, for any corruption case there has to be a giver and receiver, both are equally guilty.’

It is unfortunate that the reminder was not extended to those who pervert the cause of justice for political purposes. However, I know that I am not alone in keeping alive a flicker of hope that the Federal Court judges will redeem the integrity of the Malaysian Judiciary when Dato’ Seri Anwar Ibrahim’s appeal is heard. Lady Justice may be beaten and battered, but she will rise again, for she will not be denied.

In the meantime, the burden of the opposition’s political struggle once again falls on the slight but strong shoulders of Dr Wan Azizah Wan Ismail. We can but imagine the private anguish that she and her family members are feeling as this nightmare revisits them. Her rallying call for us to keep on fighting against oppression and injustice is one that all Malaysians must heed. Her quiet dignity and fortitude, and that of her daughter Nurul Izzah and many other women who are involved in this struggle against tyranny, is a source of inspiration. These women and all those who lend us their support in various other ways are the reasons I give thanks this International Women’s Day.