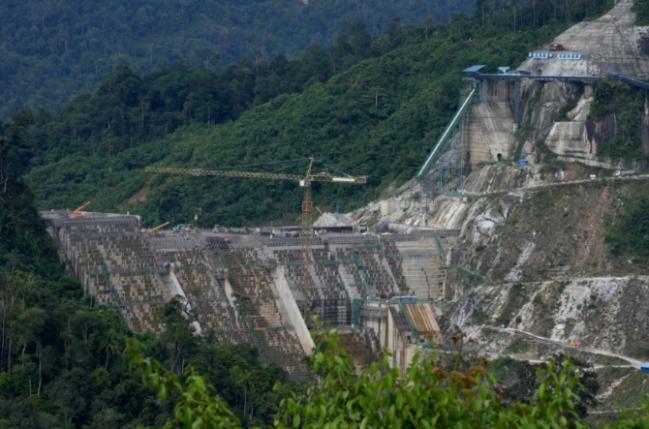 We the undersigned NGOs, condemn the statement made by Sarawak’s Chief Minister Adenan Satem on 2nd July 2014 (Source: The Malaysian Insider) that he will push ahead with Sarawak’s dam building plans despite growing opposition.

In an outrageous lack of respect for human rights, the Chief Minister stated that ‘there is no stopping these programmes whether the non-governmental organisations in the state agreed or not, it will continue with the policy started by his predecessor, Tun Abdul Taib Mahmud’.

His statement is far from democratic and it shows that the state government is not showing interest in looking into the concerns of indigenous peoples on their land rights, environmental and social issues connected to the government’s relocation plan. In fact, Adenan’s statement goes against recent recommendations in a report by former UN Special Rapporteur on Indigenous Peoples, James Anaya who urged states to:

‘ensure good-faith consultations with indigenous peoples on extractive activities that would affect them and engage in efforts to reach agreement or consent. In any event, the State remains bound to respect and protect the rights of indigenous peoples and must ensure that other applicable safeguards are implemented as well, in particular steps to minimize or offset any limitation on the rights through environmental and social impact assessments, measures of mitigation, compensation and benefit sharing’

The livelihood of the communities will be affected if the state government continues to proceed with their plans to build more dams in Sarawak. The rampant exploitation of forest resources has been high on the government agenda since the 1980s. This was initially through logging, but more recently has included land conversion to oil palm plantations and other large projects including hydroelectric dams.

Many indigenous peoples have been displaced by dams in Malaysia. Communities are concerned about loss of fish and other aquatic species, birds, forest, wetland and farmland. This will deprive the indigenous peoples of an integral source of food and income.

Communities set to be affected by the dams have been vocal, stating that they do not want to be moved from their native lands or end up living in inadequate conditions like those displaced by the Bakun and Murum dams, many of whom are still waiting for their agreed compensation packages. Indigenous peoples have been peacefully blockading against the Baram dam for 259 days and have so far collected 10,000 local signatures against the dam.

In this context, we would like to remind Chief Minister Adenan Satem that his government has a duty to respect the rights to self-determination and free, prior and informed consent as enshrined in the UN Declaration on the Rights of Indigenous Peoples, to which Malaysia has signed. All dam projects must not proceed until the affected communities are consulted and given an alternative plan. In this process, consultation and informed consent should include the meaningful participation of all affected indigenous groups and guarentee sufficient time and culturally appropriate processes for internal consensus-building. Communities should also be protected from interference from government agencies, companies or the police in their internal decision making process.

We urge the Malaysian government to Ratify ILO Convention 169 and end all violence and harassment against indigenous peoples defending their native customary rights land. The Federal and State governments have a duty to respect, fulfil and protect the rights of indigenous peoples.

We strongly urge the Sarawak state government to halt all dam building and review the Sarawak Corridoor of Renewable Energy (SCORE) project with meaningful and participatory public consultation.