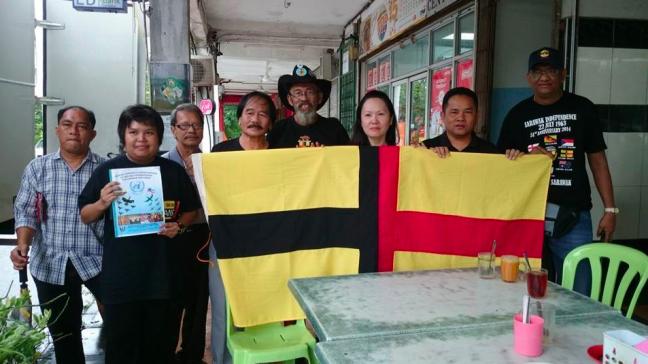 SUARAM condemns the arbitrary declaration of the Sarawak Association for People’s Aspiration (SAPA) as an illegal organization and demands that the Home Minister immediately and publicly reverse the decision. We further call for an end of the systematic and politicized intimidation and harassment of peaceful civil society organizations and movements in the country.

Once again, the Home Ministry is invoking the Societies Act arbitrarily to trample on the right to freedom of association of the people as it did to Bersih 2.0, SUARAM, the Coalition of NGOs involved in Universal Periodic Review (COMANGO) and Negara-ku.

On 14 November, the Home Ministry Secretary-General, Datuk Seri Mohamad Khalid Shariff, declared SAPA illegal under Section 5(1) of the Societies Act 1966. Additionally, he ordered the Malaysian Insolvency Department to take control of SAPA’s bank accounts, assets, and properties. The Secretary General threatened that, “[t]hose responsible for carrying out any SAPA activities will be investigated and charged for committing an offence under Act 335, among them under Section 6(2) and 6(3), Section 42 and Section 48 of the Societies Act 1966 and Section 142 of the Penal Code.”

All these were done on the purported ground that SAPA is an organisation that carries out activities detrimental to the interests of the security of Malaysia and public order in the country.

Shockingly, SAPA were not even contacted by the Registrar of Society (ROS) before the public statement nor given official instructions in its aftermath. SAPA only learned about it being declared illegal from media reports despite being a registered association under the ROS.

SAPA only received the official notification letter from the Home Ministry on 20 November 2014.

Despite Section 5(1) of the Societies Act 1966 gives the Home Minister absolute discretion to declare any organization illegal, if in his opinion, it is operating for purposes that are harmful or contrary to the security, public order or morals of the nation, the Home Ministry should provide the right of reply to SAPA in answering the allegations leveled against them before making such an important decision.

And what activities of SAPA have been detrimental to the security and public order in the country? Was it because they carried out the campaign to review the position of Sarawak in Malaysia or because they have collected 20,000 signatures for the petition to the United Nations on the right to self determination of the Sarawak people?

SAPA has not resorted to violence and have exercised their right to freedom of expression and freedom of association as guaranteed under Article 10 of the Federal Constitution in advocating their political opinions. There is really no ground to close down SAPA and the decision of the minister appears to be arbitrary and authoritarian in nature.

In a democracy, expression and campaigns for the right to self-determination is perfectly legitimate and will not be penalized. The recent referendum on the independence of Scotland from the United Kingdom is one good example. No one was penalized for advocating the independence of Scotland and the people were free to debate and vote on the issue.

The actions of the Home Ministry and the ROS in this case clearly illustrates how the absolute power and discretion given to the Home Minister in the Societies Act 1966 can be easily abused politically to silent legitimate criticism against the government, such as the failure of the federal government to abide by the Malaysian Agreement 1963 as advocated by SAPA.

Suaram calls on the government to respect the right to freedom of association and abolish the draconian and outdated Societies Act immediately.