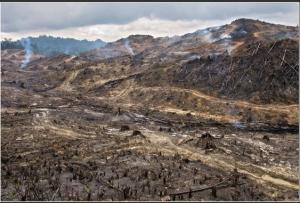 A picture from the Sunday Times article

The wave of protests and disgust against the destructive regime of Taib Mahmud in Sarawak is continuing and it has gained further attention in the international media.  There have been demonstrations outside properties owned by the Taibs in the UK, Canada and the US and now it has been announced that further protests are planned in Australia, Austria and Switzerland.

Today’s Sunday Times Newspaper, Britain’s premier weekly, has also reported on these developments and summarised the reasons why so many people the world over are rallying to support the plight of the people of Sarawak in the face of the greedy plunder of their jungles and natural resources.  The message is clear – you have not been forgotten and there are many in the world who will move to help you once you are rid of Taib Mahmud.

We present you the article in the Sunday Times, because you will certainly not be hearing about it through any licenced news channels in Malaysia.  This same issue has also been covered in Britain’s Independent Newspaper and also the London Evening Standard in the past few days – the photographs accompanied the article. 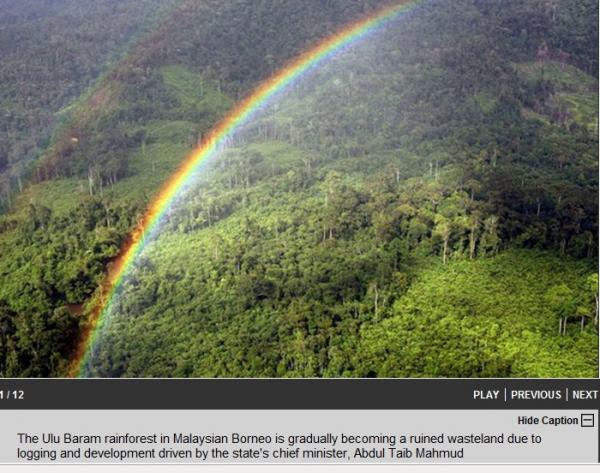 Campaigners are calling on Britain to freeze the multimillion-pound assets of the ruling family of one of Borneo’s two Malaysian states, accusing them of corruptly benefiting from the rape of the island’s rainforest and the eviction of its native peoples.

The call is part of a concerted effort by conservationists and the Malaysian opposition to end the 30-year rule of Sarawak’s wealthy chief minister, Abdul Taib Mahmud, 74.

In that time, the rainforests of northwest Borneo have been devastated by logging and rare species have vanished. Jungle rivers run foul with industrial poison and the air is often thick with smoke.

Once a treasure house of nature — it is home to the world’s largest flower, flying squirrels and a bird named after the once-ruling British white rajah — Borneo is turning into a wasteland. Its ruin is symbolised by the plight of the orang-utans, whose numbers have fallen by half in 50 years. In place of the pristine rainforests, regimented plantations of oil palms arise to feed the demand for “green” biofuels.

The timber has been felled by companies dependent on licences issued by Taib, and in some cases they are financially connected to his family. 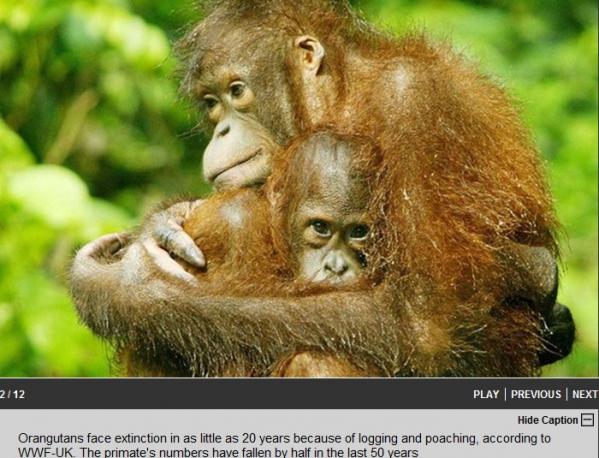 Abdul Taib Mahmud is linked financially with companies who are destroying the rainforest (Handout) Huge dams are cutting a swathe across the tropical landscape. Swept away in the tide of money and development, native peoples who have roamed the jungles for centuries have been thrown off their land. Compensation is scant.

Some tribes, such as the Penan, face an uncertain future. “The Penan are being hit by two forms of supposedly ‘green’ energy — hydroelectric power and biofuels,” said Miriam Ross, of Survival International.

“It’s significant, and frightening, that the Sarawak government has announced plans to double the area used for palm oil plantations by 2020.” 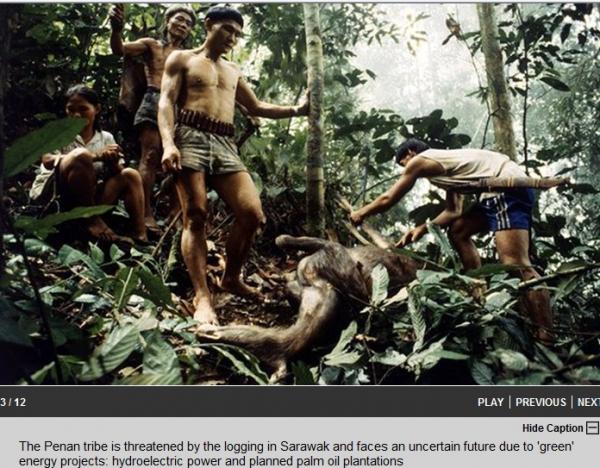 In Sarawak, one family dominates both the government and the companies that exploit the natural resources. Taib has reigned as chief minister, finance minister and minister of planning and resource management since 1981, with no apparent restraints on his powers of patronage. Documents filed in Kuala Lumpur show his wife to be the leading shareholder in the state’s biggest company, Cahya Mata Sarawak (CMS).

A glimpse of the Taib family’s vast wealth emerged in divorce papers filed last month by the estranged wife of the chief minister’s son, Mahmud Abu Bekir Taib, 48, who among his many other interests is deputy chairman of CMS.

His wife, Shahnaz Majid, is seeking £82m in compensation, claiming that she was subject to physical and mental torture during the marriage.

Other relatives and cronies of Taib have been identified as shareholders or board members of six timber companies profiting from concessions issued by the government. They include a first cousin, who chairs a logging company, and Ahmad Bin Su’it, who is said to be Taib’s personal “bomoh”, or spiritual healer, in the old Malay tradition of black magic. 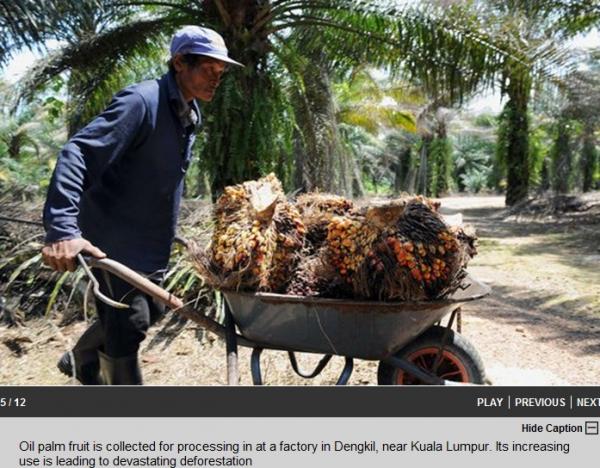 A global network of 49 Taib-connected companies, including property firms in Britain, Canada and the United States, has been traced by researchers for the Swiss-based Bruno Manser Fund.

The fund, named after a Swiss activist who vanished in the Borneo jungle in 2000, is calling on anti-corruption and money-laundering authorities worldwide to “identify and freeze illicit Taib assets”.

It is also urging the FBI to investigate the death of Ross Boyert, 60, the manager of Taib’s US property assets, who became a whistleblower and was found in September in a Los Angeles hotel room, reportedly with a bag tied over his head.

London has become a hub for Sarawak’s campaigners fleeing intimidation at home. “There have been unpleasant death threats,” said Clare Rewcastle, who runs a campaigning website, Sarawak Report, and is the sister-in-law of Gordon Brown, the former prime minister.

“My first memories and first friends were from Sarawak and I grew up with an enormous sense of awe and delight at the wonderful beauty,” she said. “I came back 35 years later to what I can only describe as a disaster zone.”

Taib’s foes believe an election later this year is the best chance in decades to oust him. However, the government in Kuala Lumpur depends on Taib for parliamentary support, and the weight of the establishment will be thrown against his opponents. Malaysia’s home minister has voiced outrage at Rewcastle’s activities and vowed that police “will leave no stone unturned” to prosecute her — a threat she scorns.

The Sarawak government did not respond to requests to comment.