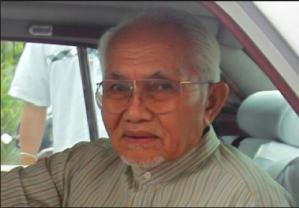 Inside his Rolls Royce – fear is opening Taib’s tight purse….

What better sign of BN’s panic that they may lose this election than the frantic handouts and sudden promises of ‘projects’ that we have been seeing this week?

In 2008 the average election bribe that BN paid to poor rural folk per vote was a mere RM10.  Yet this week the timber tycoon MP Tiong Thai King was going round offering a fat RM1,000 each!

So, now people are starting to learn what these politicians can really afford and why it pays to stand up to the bullies in BN.

For years Taib Mahmud has stuck to the policy of keeping the Kampung people poor and threatening them with sedition and prison if they complained.

Yet their obedience gained them nothing of the huge wealth that he has extracted from Sarawak, as he stripped them of their jungle and lands.

While Taib travels by helicopter, private jet (aircraft number ‘ATM’) and Rolls Royces and while his women drip in the world’s most expensive jewellery, he has all this while maintained that there are insufficient funds in Sarawak’s state budget to pay the rural headmen a living wage. 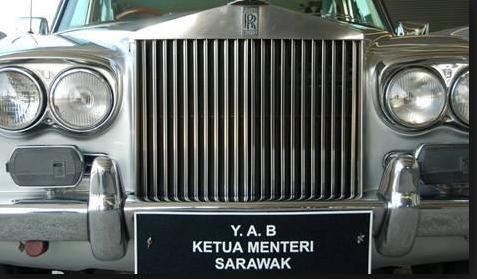 Cave in on Headmen’s salaries!

But, having been presented with the promises of Baru Bian that a PR government would change all this, Taib has had to change his tune. 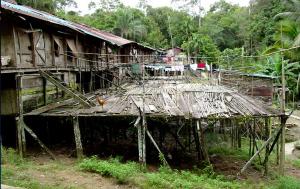 Taib claims he has brought development…

Till now Headmen have received a mere RM450 a month in salary, half of the minimum wage set by his own state government of RM800, which is less again than the RM1,000 minimum wage in Peninsular Malaysia (where prices are cheaper).

Taib always claimed that the state budget simply could not allow him to offer more to the 5,456 Tuai Rumah in Sarawak.

However, PR did their own sums and readily came up in their manifesto with a pledge to pay double the amount at RM900 a month (indexed to rise with inflation).

Baru Bian has likewise pioneered a new pledge to also pay pastors of all faiths, who have performed a regular service to the community. This is something Taib has consistently refused to do.

At first BN pooh pooh’d the idea and said that PR was talking rubbish and that its plans would destroy the economy of Sarawak.  However, yesterday PRS side-kick, James Masing was sent out to announce that BN would also raise their salary after all!

New jet for ATM (personal number 9M ATM). The jet, paid for by the State is personally registered under the name of Abdul Taib Mahmud. ‘His’ previous Cessna is sitting in Singapore looking for a buyer.  But this long-distance jet might come in useful, May 5th !

Not so generous as PR

The offer by James Masing is far less generous than the offer of PR, but in typical BN style he has tried to excite the headmen with a short term sum of money. 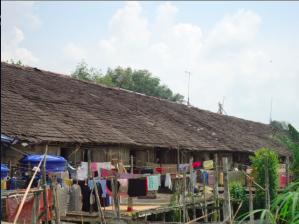 Masing is proposing to raise their salaries to just RM800, with no talk of index linking it to future inflation.

However, to get them to accept the lesser long-term amount he has offered to back date the payment to January, which would mean an extra RM2,400 in the first pay packet.

Once more BN are treating the people like children, hoping they will be so excited to get an extra RM2,400 up front that they will sacrifice the far greater sum of RM6000 they would get over the longer term of the next government.

There is another even greater concern for headmen considering such offers, which is how trustworthy are BN when it comes to making promises anyway?

Taib also promised to raise their salaries before the last election in 2008 and then never did!

We suggest headmen should treat such BN promises with the same caution as the cheques, which so many were offered by BN candidates at the last state election. These subsequently bounced!

Today, on Radio Free Sarawak, the PKR State YB and Saratok candidate Ali Biju said he was “bemused” by BN, who had previously shot down his suggestion to increase the allowance with the excuse that the “government has no money” 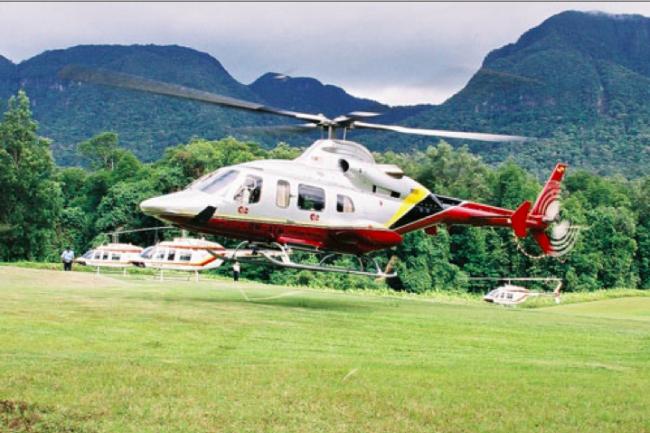 Meanness of the leader of Malaysia’s richest state

There is one more little-known fact that headmen considering Taib’s sudden pre-election generosity should consider.

Their salary up till now has largely been paid by the Federal Government and not by Taib. 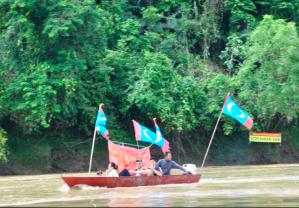 Sarawak’s headmen are starting to notice the disparities….

Under the arrangement originally agreed the Federal Government accepted to pay half the headmen’s salaries, while the State Governments were to pay the other half.

Central government has duly paid RM400 of the amount going to Sarawak’s headmen over all these years.

However, the mean White Haired Rajah has only coughed up RM50 of the RM400 he should have contributed!

This is why headmen’s salaries are only RM450 in Sarawak instead of RM800 (remember, Taib believes in keeping the people poor so that they will be grateful and obedient in return for very small sums).

This means that James Masing’s ‘generous announcement’ yesterday was in fact only an agreement to finally increase the contribution by the State of Sarawak by RM350 to the full amount of the share that it should have been paying all these years.

This answers the question that has been asked for so long by Sarawak’s headmen as to why their salaries are so much lower than in West Malaysia! 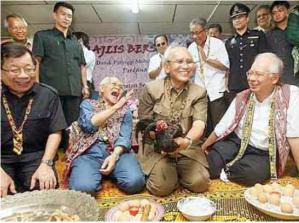 Longhouse joke – Masing, Taib, Jabu and Najib seem to find things a bit of a joke, but what about the headmen who have been living off half the minimum wage?

Shouldn’t headmen therefore be demanding not just a backdating of this improvement to January, but rather for the many long years that they have been under-paid?

Considering that the State of Sarawak is the richest state in Malaysia, what are its headmen to make of the fact that Taib has been the only Chief Minister who has been unwilling to pay them his proper share of their salary?

This unbelievable meanness by Sarawak’s billionaire Chief Minister matches his similar bad behaviour over the compensation to the victims of the Bakun Dam in Sungai Asap.

The Federal government have already paid its half contribution towards the sum offered to the thousands of displaced people.  They handed the sum over to Sarawak before the state election in 2011.

However, Taib has yet to come up with the other half.

It was Baru Bian who offered headmen a full salary of RM900. First Taib said he could not afford to increase from RM450, now he is offering RM800 a month. Is that good enough?

This is even though vast sums have been made out of logging the area by Taib’s own family (who were given timber concessions in the area to be destroyed) and more money has been made by Taib’s companies out of the industries set up using electricity from the dam.

BN are of course trying to gain votes by promising this long-delayed compensation yet again at this election.

But, Sarawak Report suggests that headmen do not put their trust further in BN and that they should advise their people to likewise give an opportunity to the native land rights lawyers who are heading PR to put their own pledges to the people into practice.  The compensation money is not the gift of BN it is the obligation of whichever government takes over next month.