Sarawak Report has received an explosive series of documents relating to the emerging Tabung Haji financial crisis, including two stark letters of warning from the Governor of the Bank of Malaysia indicating that the fund is on the brink of collapse and a massive bail out by taxpayers.

The near identical three page letters, both dated 23rd December 2015, were sent to the Chairman of the fund, Abdul Azeez Abdul Rahim and to a minister in the Prime Minister’s Department, Jamil Baharom, copied to the Prime Minister/Finance Minister, Najib Razak.

In the two letters the BNM Governor, Zeti Akhtar Aziz, warned that the Tabung Haji fund now risks failing in its primary purpose:

She goes on to warn that the fund’s obligations far exceed its assets and that the vast majority of the income invested in the fund is controlled by a small number of institutional investors, who might easily pull out if they cease to receive adequate returns, leaving the majority of small investors (would be pilgrims) high and dry.

Presumably in an effort to keep those lenders (5% of depositors are understood to control 75% of the funds) the banking chief observes that LTH has been paying out far more than it has made in profits in recent years, in the form of ‘dividends’ and ‘bonuses’, which has caused the fund to eat further into its capital reserves.

“Based on BNM monitoring, the practice of distributing dividends and bonuses to savers on average is higher than current profits. On average it was 107% in 2012-14, which has eaten into the reserves.  The reserves were already low and they continue to go down to the point there are no longer enough to overcome the poor performance of the equity markets, particularly in 2015… this means at the current market rates LTH doesn’t have the assets to fulfil all its obligations…” [translation] 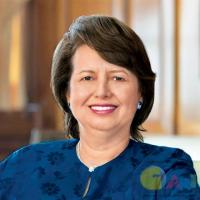 In the light of this critical situation the Governor goes on to complain that there is a sorry lack of adequate experience and expertise on the fund’s Board of Directors to tackle the problems, which she calls to be immediately rectified by appointing more competent new members.

Meanwhile, she points out that the conduct of the fund has put it in breach of the law.

Specifically she notes that LTH has violated Section 21 of the Lembaga Tabung Haji Act of 1995, which stipulates that its reserves must match its liabilities and also Section 22 of the Act, which says that it must not issue bonuses that exceed its profits.

The dark news comes in the middle of a plunging economy and exchange rate crisis, largely the result of a loss of confidence in Najib’s management of the nation’s finances and the scandal hit development fund 1MDB.

With the Prime Minister due to present a belt-tightening revision of the budget over the next few days, Governor Zeti warns that the financial implications of any collapse of LTH would be extremely serious for the Government and taxpayers, because under Section 24 of the same Act the fund is guaranteed a bail out should it founder.

Billion ringgit liabilities run up by LTH – guaranteed by MOF! 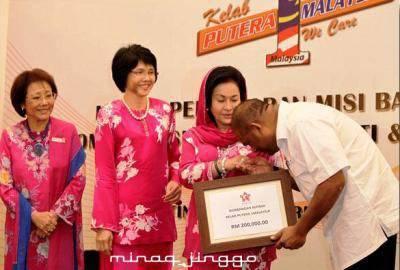 The exact liability potentially faced by the taxpayer in the event of a collapse of this exposed fund is not made clear by Ms Aziz, who is due to retire in April following numerous awards for her outstanding career as a leading central banker.

However, more documents acquired by Sarawak Report (see base of article) frighteningly demonstrate the extent of the mismanagement crisis.

A scandal last year had already raised concerns that the fund was being misused for political purposes, when it became known that in May the fund had paid a huge premium of RM188.5 million to purchase a development plot from 1MDB, which enabled that fund to cover a pressing debt payment.

At the time frantic messages between Najib, his wife Rosmah and Chairman Azeez (who is regarded as a client of Rosmah’s) resulted in public promises that Tabung Haji would sell on the land for a further profit within a month.  That further sale was never achieved and the acquisition remains on the LTH books. 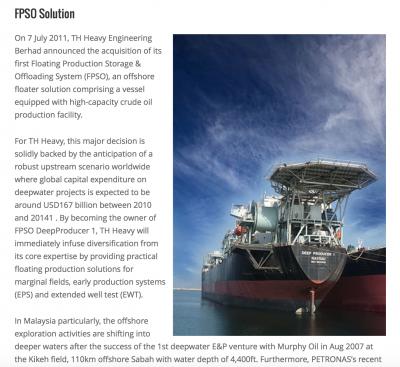 A letter from the Ministry of Finance sent on 15th November 2015 confirms approval for a ‘corporate guarantee’, granted by the MOF Chief Secretary of Investment for bank financing for the THHE project, meaning that if the investment fails the taxpayer is committed to bailing out the billion ringgit contract.

Tabung Haji is a 29.81% shareholder of THHE and by far the largest shareholder in the company.

However, a devastating risk assessment shows that not only is the project itself (a planned floating storage vessel named Layang) highly unlikely to deliver the necessary returns, but also that the company THHE itself is itself in a highly precarious financial position.

The ten page assessment produced on 7th January of this year (after approval had already been given by the MOF) describes the risk of a credit default as “VERY HIGH” and the aggregate risk of the entire RM1 billion investment as HIGH! 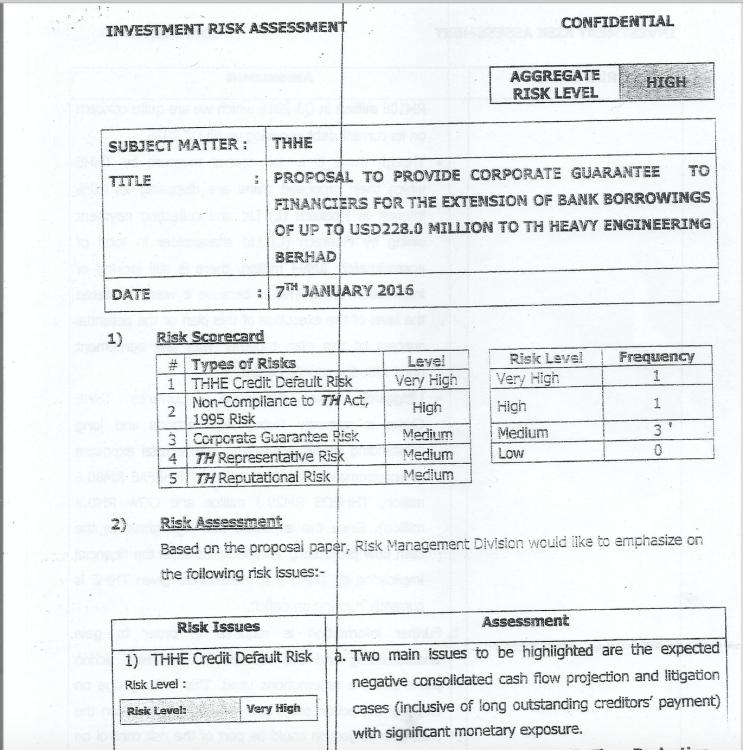 Why did the Minister of Finance, Najib Razak, give a taxpayer’s guarantee to the ‘Very High Risk’ billion ringgit investment proposal by LTH in November at a time of collapsing economic indicators?

Given this level of risk, analysts are questioning why the cash strapped LTH is proposing to invest a billion ringgit in the LHHE project and why on earth Najib Razak has agreed to guarantee the bank lending on behalf of the public?

Shocking details from the damning risk analysis include the information that THHE will suffer negative cash flow of up to RM108 million until the delivery of the Layang in the third quarter of 2016.

On top of this liability the firm is facing legal action for outstanding debts totally RM109.7 million.

In all, the risk management profile shows that by entering into the Layang project Tabung Haji, which is THHE’s largest investor, increases its financial exposure to the company from RM424 million to RM1.4 billion! 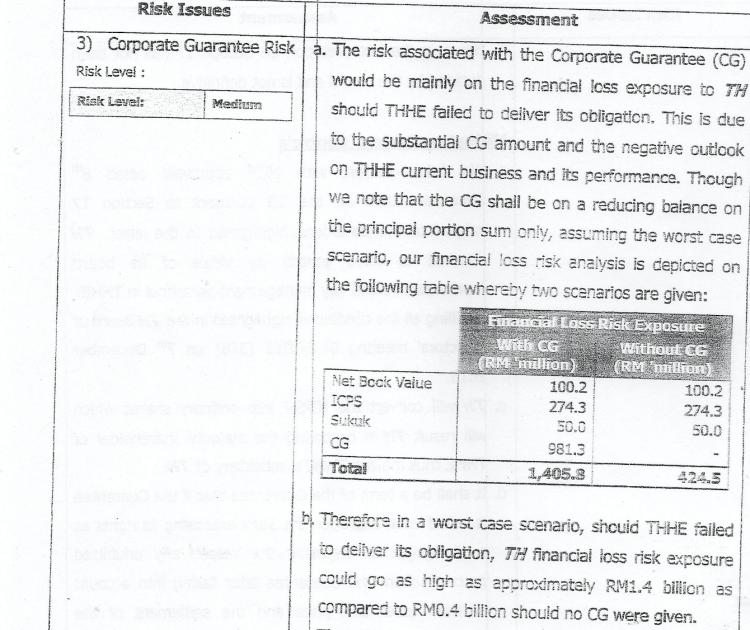 Not only is this investment hard to fathom from a financial point of view, but the risk assessment points out that it is again legally dubious under the 1995 Tabung Haji Act, which demands that the Ministry of Finance ought not to be applied to guarantee loans to LTH unless they are on behalf of a full subsidiary of the public fund.  To the contrary, THHE is a third party concern, despite the major investment by Tabung Haji. 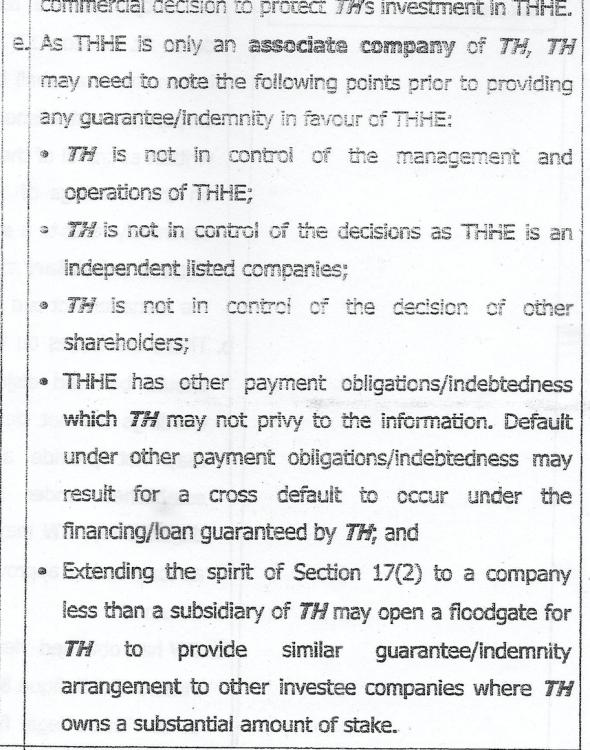 Breaking the rules and ‘opening the floodgates’ with a billion dollar taxpayer guaranteed investment in a company Tabung Haji does not even control!

The RM1 billion entanglement appears to have proceeded in direct contradiction of the powerful warning made in the Governor’s December letter, in which she requests that Chairman Azeez should impress on his management they should:

“ensure that any effort to expand [LTH]’s operations does not jeopardise the mission, especially when it comes to helping Muslim pilgrims save for the purpose of fulfilling their Haj and ensuring Haj operations proceed smoothly”.

Damningly, the risk assessment even concludes that the reputational risk for the fund entering into the THHE project is so great that it ought to prepare in advance to have “crisis mode plan” in place as a precautionary measure for when the expected failure of the project eventuates.

Onlookers must wonder why there is so much determination and eagerness to risk so much public money in such a high risk project?

Others will question why Najib Razak’s management of Malaysia’s economy and key public funds has reached such a level of recklessness and risk taking that even an assessment of this level of negativity and the stark warnings of the Governor of the Bank of Malaysia have been so wilfully ignored?