DAP’s Tony Pua has highlighted an issue of growing public concern, which is the evidence that money has been disastrously leaking from many of Malaysia’s key public funds, in exactly the way that it has from 1MDB.

Following the pattern of 1MDB, which invested in a number of shadowy ventures that failed to be properly audited and then lost huge, unexplained sums of money, funds like FELDA have bled billions in recent years – all under the watch of Finance Minister Najib. 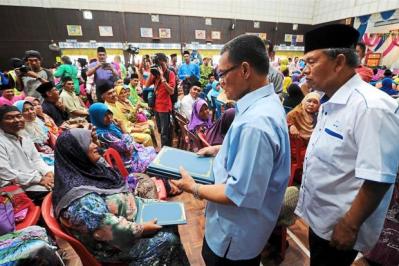 Investigators have confidentially alerted Sarawak Report that the awful truth is that FELDA’s investment tool Felda Global Ventures is now broke, after billions were poured into over-valued acquisitions, suspiciously enriching third parties at the expense of the ordinary Malaysian shareholders, including many tens of thousands of settler small-holders, who were forced into the fund by the government.

Similar worries over carbon copy negligence and mismanagement have also, of course, arisen relating to the pilgrimage fund Tabung Haji, which has bailed out a number of the Finance Minister’s projects (including 1MDB) in recent years and also the disgraceful collapse of the value of Sarawak’s own NCR Landowners Fund ASSAR – also exposed by Sarawak Report just this month.

So far, there has been no official response to our shocking expose on ASSAR’s bankrupt position.

Tabung Haji has meanwhile attempted to dismiss as trivial the direct concerns of the Governor of the Bank of Malaysia over its feckless and inexplicable investments, which are threatening its ability to facilitate the Haj for modest shareholders.

The disastrous spending spree by Felda Global Ventures can be mapped by public records, as Tony Pua analysed in his press release today

Felda Global Venture Holdings Bhd (FGVH) has been the undisputed worst plantation stock performer ever since its initial public offering (IPO) in July 2012. The share price decline was so bad that the company was removed from the Bursa Malaysia KLSE Index stocks last year.

Since its hyped-up listing at RM4.45 per share, the battered government-linked stock closed at RM1.51 yesterday representing a whopping 66% decline in share prices”, summarises Pua.

This means that the ordinary Felda shareholders and smallholders, who had relied on the value of these shares as their nest egg savings, have effectively been robbed of 66% of their retirement income, with more appalling loss-making investments in the pipeline set to make the value plummet even further.

Pua points out that all the money made in the outfit’s original public offering in 2012 is now lost.  The deeply worrying aspect is the shady nature of so many of the operations into which the management at Felda Global Ventures have chosen to put these billions of ringgit, which were being managed in trust on behalf of these ordinary shareholders. 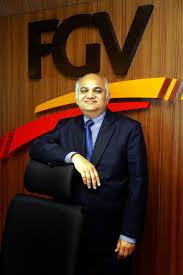 Let’s put it plainly. Given the total lack of due diligence exercised in the vast majority of these investments, it could easily – indeed most likely – have been the case that this money was poured deliberately into comparatively worthless companies, with the sole intention of extracting enormous kickbacks.

Particularly eye-catching has been the decision to invest US$680 million in the floundering plantation interests of a known crony of the Malaysian Prime Minister, Indonesia’s Eagle Plantations belonging to Peter Sondakh, at spectacularly three times over the market value of the company.

Why?  What posible motive could there be to pay so far in excess of the market value of the company to Najib’s friend (who had been trying for years, unsuccessfully, to sell), using the hard earned ringgit of the worker shareholders in Felda?

Only one motive comes to mind.

So, no wonder the value of Felda shares have plummeted in recent years, whilst the owners of the croc investments, for which this bunch of so-called managers have inexplicably overpaid, have gone away laughing with hundreds of millions in their pockets! 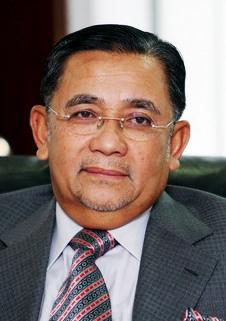 And who else do we think might have benefitted from these decisions – is it coincidental that the key managers of FELDA are all known UMNO cronies and associates of the Prime Minister and his wife?

Indeed, far from being a commercial operation run by independent businessmen, Felda Global Ventures in entirely managed by politicians and civil servants with recent or existing jobs under the Prime Minister’s own office.

As with 1MDB, the decisions of FELDA and its subsidiaries and co-ventures are therefore entirely controlled by the PM/ Finance Minister, who appears to be hell-driven on extracting the last penny of worth towards uncertain and murky destinations abroad.

The Indonesian Eagle High Plantation purchase has in fact been paused, thanks to the size of the outcry over the sheer outrageousness of the proposed price the now cash-strapped Felda Global Ventures was showing willing to pay for the company.

Doubtless, FGV managers would be happy to borrow the money – after all, it would be the company which would be saddled with the debts and the shareholders penniless, whilst those involved at Eagle High Plantations and their associates would see the solid cash pour into their bank accounts, no further comeback.

But, even though the Eagle High Plantation deal is on ice, Pua points out that FGV has already bound itself to pay out an outrageous deposit price on the deal of US$170 million, from which it cannot retract.

The undisputed turkey of the year however will go to FGVH’s proposed US$680 million 37% acquisition of Eagle High Plantations (EHP) at the outrageous price of Rp775 per share in June 2015 whose stock price closed at Rp270 yesterday. That means FGVH will pay nearly 3 times the market price of EHP, an absurd acquisition by any measure!

The EHP deal has yet to be completed but FGVH is in a limbo because the company paid a exorbitant 25% non-refundable deposit of US$174.5 million for the shares of EHP already! [Pua press release].

With managers such at these at the top of this public company, recklessly willing to throw shareholders’ money at such so-called investments, what hope do the ordinary investors have to ever recover their money, earned largely from back-breaking work in the plantations?

The fact of the matter is that in any properly governed country, such a reckless failure by public managers to conduct basic due diligence would see those managers prosecuted for criminal negligence.

Indeed, Pua points to the latest grand plan of FGV, which is to invest in a mysterious peanut plantation company registered in the Cayman Islands (of course):

“FGVH is now proposing to acquire 55% of Zhong Ling Nutri-Oil Holdings Ltd for RM976 million. Zhong Ling is a company registered in Cayman Islands with interests in the Chinese market refining and distributing peanut and other edible vegetable oils”

Yet, as Pua goes on to say, this company has not published any financial reports since 2013!

What could be more irresponsible, or rather deliberately and criminally negligent, than to invest the money of public shareholders and no less than 90,000 Felda settlers’ in a company that is hiding the books?!

There can in fact be no other conclusion than that this reckless and untoward management of Felda Global Ventures has been a deliberate strategy designed to remove the savings of the shareholders and settlers and to relocate that money…. well, somewhere else! 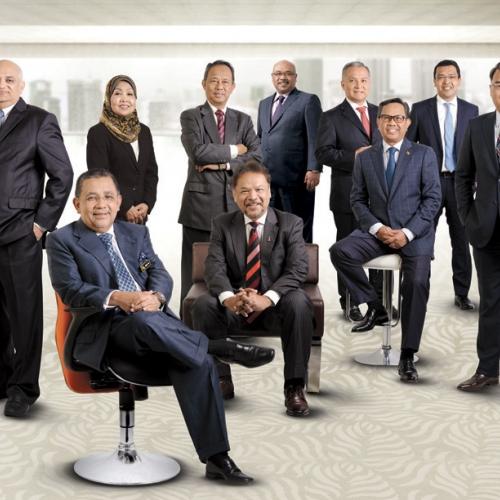 In the case of 1MDB it has now been shown how borrowed public money went into cronies and companies, as well as bank accounts, linked to the Prime Minister.

Do we think in the case of the money of the Felda settlers that we are seeing anything different?

The pattern is set and there is only one man (and his wife) who are in charge of how everything is run in Malaysia, thanks to a client party system and the outrageous concentration of power in their hands. 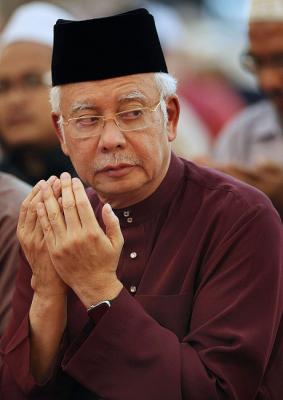 Organised looting? The man in charge of everything is Najib Razak

If Najib had not wished for those disastrous investments, they would not have happened.

What ought terrify Malaysians is how these scandals are merely examples of what is emerging as a full-scale raid by criminals in positions of trust on all Malaysia’s public funds.

It means that the savings and pensions of all hard-working Malaysians are now plainly at imminent risk or, indeed, have already been looted through these shocking tactics – disguised up by a growing lack of truth and transparency in the financial records of these public institutions.

What is becoming plainer by the day that this 1MDB election slush fund scandal has merely been the tip of the iceberg compared to the rest of what has been going on in Malaysia under the combined premiership and financial ministerial mismanagement of Najib Razak.

Felda Global Venture Holdings Bhd (FGVH) has been the undisputed worst plantation stock performer ever since its initial public offering (IPO) in July 2012. The share price decline was so bad that the company was removed from the Bursa Malaysia KLSE Index stocks last year.

Since its hyped-up listing at RM4.45 per share, the battered government-linked stock closed at RM1.51 yesterday representing a whopping 66% decline in share prices. Despite its acquisition spree since then, FGVH net profits have tanked from RM1.33 billion in the financial year ending 31 December 2011 to a pitiful RM117 million in 2015.

The undisputed turkey of the year however will go to FGVH’s proposed US$680 million 37% acquisition of Eagle High Plantations (EHP) at the outrageous price of Rp775 per share in June 2015 whose stock price closed at Rp270 yesterday. That means FGVH will pay nearly 3 times the market price of EHP, an absurd acquisition by any measure!

The EHP deal has yet to be completed but FGVH is in a limbo because the company paid a exorbitant 25% non-refundable deposit of US$174.5 million for the shares of EHP already!

The spate of acquisitions by FGVH should by right be earnings accretive, meaning they will add profits to the group. However, despite having used up all of its cash raised during the initial public offering in 2012, the more acquisitions it conducts, the less profits it makes.

In another stunning announcement last week, before the dust over EHP has settled, FGVH is now proposing to acquire 55% of Zhong Ling Nutri-Oil Holdings Ltd for RM976 million. Zhong Ling is a company registered in Cayman Islands with interests in the Chinese market refining and distributing peanut and other edible vegetable oils.

There are many questions arising from this particular transaction including the reason for FGVH to acquire a peanut oil company and variances arising from a complicated profit guarantee by Zhong Ling’s vendors.

However, the biggest question which FGVH must answer to its shareholders, which include not only state-owned funds like EPF and Tabung Haji, but also more than 90,000 Felda settlers is, why is FGVH acquiring a company which has failed to complete its audited accounts since December 2013!

The failure to complete and table Zhong Ling’s financial audit for December 2014 or 2015 in a timely manner by a reputable international auditor is the clearest warning sign that all is not well within Zhong Ling. It gives the signal that Zhong Ling’s shareholders are seeking a profitable exit by disposing of the troubled assets to a company desperate to boost its earnings.

If Zhong Ling is indeed financially sound, why shouldn’t FGVH just request for the company to complete its missing audit first before negotiating the acquisition. Why must FGVH rush in headlong into the acquisition, bear the risk of an unaudited company backed by a highly questionable guarantee arrangement by Zhong Ling’s main shareholder?

We call upon the Board of Directors of FGVH to protect the interest of the company’s shareholders by immediately terminating the acquisition. The deal should only ever be considered after Zhong Ling has regularized its audit short-comings, and even so, only if the latter allows a separate independent audit be carried out to verify the financial statements