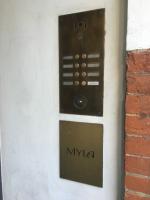 Myla is registered at the door, but the property is deserted

Three hugely expensive buildings, which are sitting empty in the heart of Mayfair, form part of the asset portfolio that the Low family are seeking to prevent US law enforcers from seizing as stolen goods, according to New Zealand court documents.

Two are adjacent period properties at numbers 7 and 8-9 Stratton Street, which leads into Piccadilly just opposite the Ritz Hotel.

The third is listed under ‘Stratton Street (London) Trust’, which includes the split level penthouse at the top of 1 Stratton Street, which is an iconic building housing the famous Langan’s Brasserie with views over Green Park, leading to Buckingham Palace. The property includes a lower ground floor in the building as well and was recently being offered to let at an astonishing £23,000 a month. 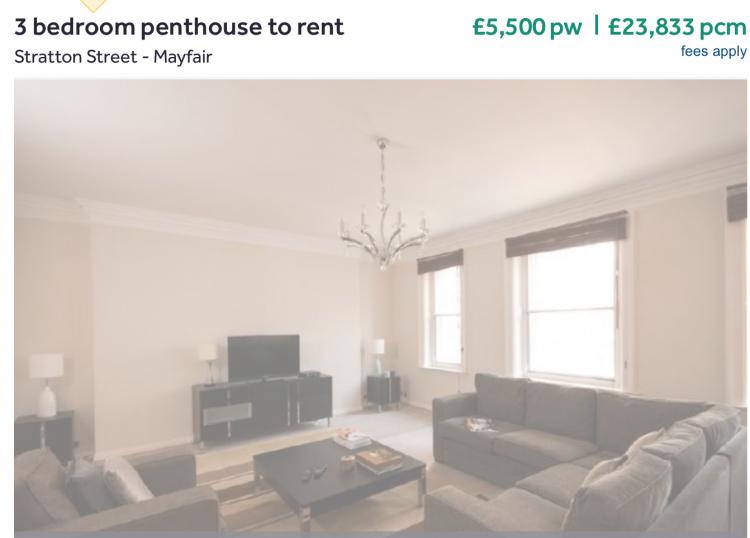 The combined value of these properties will be in the region of a hundred million pounds, given the top prices the area commands.

However, when Sarawak Report went over to photograph them today, the buildings were plainly deserted, with rubbish piling up on the doorsteps – bringing the tone of the neighbourhood decidedly down. 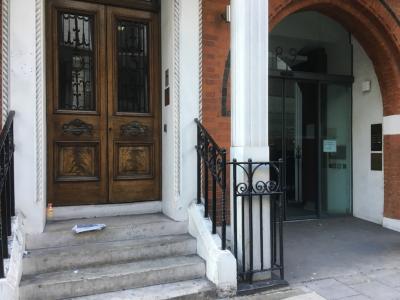 8-9 Stratton Street has plainly served as the headquarters of the Myla Group, Rosmah Mansor’s favourite underwear company, which Jho Low bought up and hoped to up-date and expand shortly after his 1MDB heist.

However, despite pouring in cash and advertising  fancy new stores, the planned expansion of the business appears to have flopped.

The building was firmly shut today with a paper notice in the door pane and a deserted Myla reception desk visible through the glass.  Accounts for Lilestone, the company under which Jho Low and his brother Szen acquired Myla, show that Low resigned last November and the company was struck off in December. 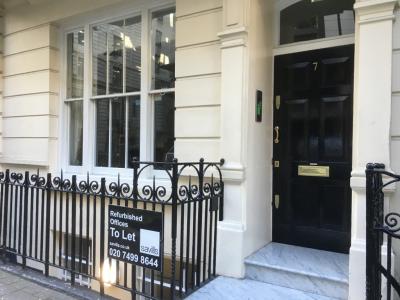 ‘Offices To Let’ – planned rental for the Lows

Myla’s rent deposit for the property was also returned.

Thanks to the court documents, we now know that the company was renting from a property owned by the Low’s themselves.

Next door at number 7 money has clearly been put into developing the former residential building for office lets.

Again there is no indication that tenants have yet moved in, with another notice in the window advising passers by on who to call to make enquiries.

These London properties are just some of the assets which the Low’s New Zealand court case has forced them to reveal were hidden behind the trusts, which they are seeking to prevent US prosecutors from removing from them.

The family’s submission to the Aukland court further revealed that their complex web of New Zealand trusts also contains properties in Singapore and Hong Kong. There are properties in Angullia Park, Scotts High Part and St Thomas’ Walk in Singapore as well as Branksome Crest in Hong Kong: 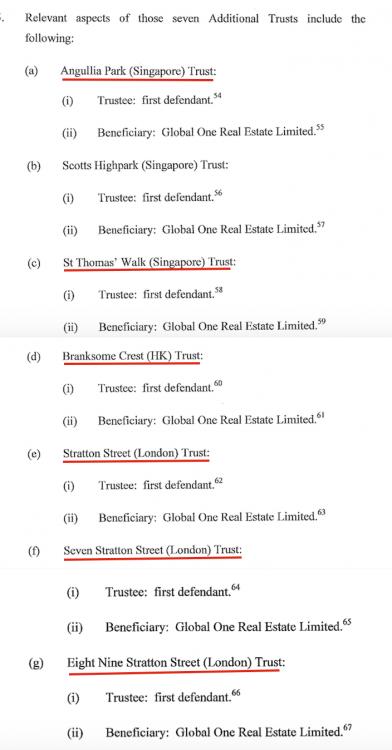 There is also, according to the list, a string of other assets relating to cars and jets, as well as a French property in Paris, Avenue Rafael, located (naturally) in the capital’s poshest 16th Arrondissement and over-looking the Jardins du Ranelagh: 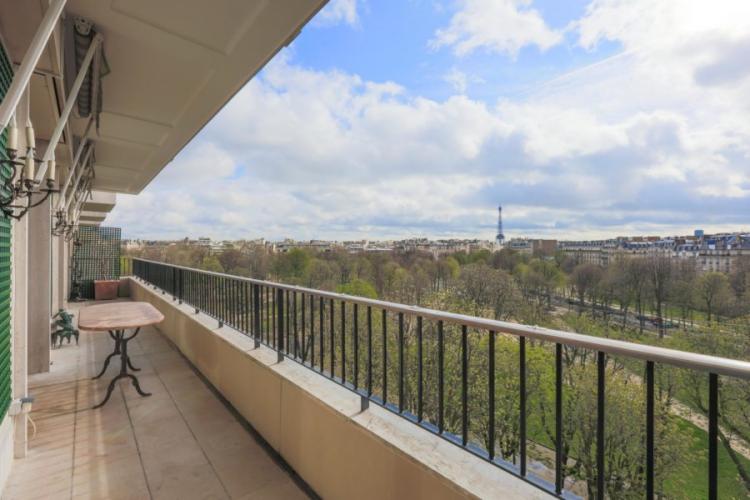 Top spot in Paris… of course

Now that the New Zealand court has allowed the Lows to hire new trustees (thanks to a precedent offered by a Cayman Island judgement) the family will attempt to argue the toss about these assets in the US courts.

Despite the money trails, which show how the cash to buy these assets was siphoned out of 1MDB, which Low has publicly and repeatedly said he had no role or connection with after April of 2009, the family will clearly attempt to argue that they were justified in receiving hundreds of millions of dollars in cash from the fund. 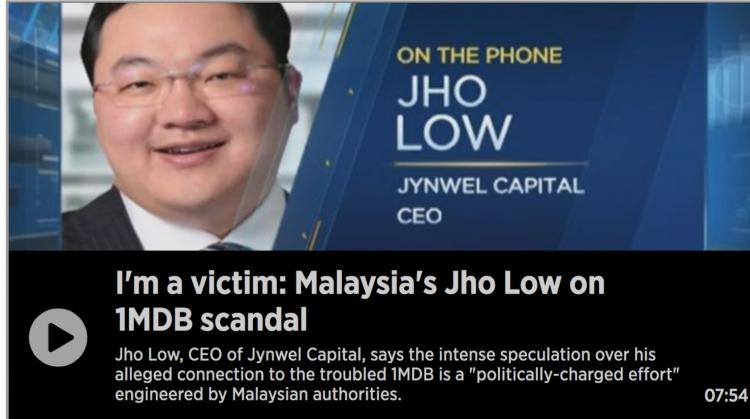 Will Jho Low argue he is a ‘victim’ as he seeks to hang on to 1MDB funded assets?

However, the real attitude explaining why Jho and his family believe they are entitled to these stolen assets was made clear in the young ‘entrepreneur’s’ own words with an interview he gave to Euromoney Magazine back in 2015, just days after the 1MDB scandal erupted with Sarawak Report’s publication of his company Good Star’s scam against the development fund:

So, the Low’s think it is unfair. Given so many others have got away with stealing “ridiculous billions” from the rakyat in Malaysia, why pick on them goes their reasoning?

Let’s see what the US courts response to that is going to be. Sarawak Report suspects that Malaysians will be overwhelmingly of the view that it is high time to make an example of someone and the whinging and greedy Low family would make a very good place to start.