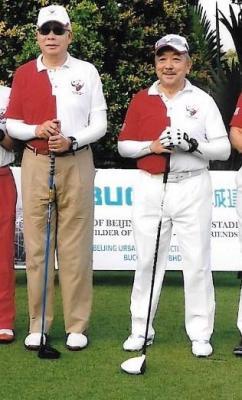 The payments all came from Najib’s personal AmBank account number 2112022009694, which had received over a billion dollars since 2011, stolen from the 1MDB development fund.

The vast majority of the money was signed over to Bustari in the final fortnight of the campaign, indicating that the most likely purpose was to buy votes.

Bustari Yusuf has long been cited by observers, including Sarawak Report, as being one of the Prime Minister’s most trusted key operators in the State of Sarawak, whose seats have become increasingly crucial to BN’s survival in office.

Indeed, together with Sabah the East Malaysian state has been widely dubbed BN’s “Safe Deposit’, an analogy that represents the widespread notion that the voter base relies heavily on what is politely termed ‘money politics’, otherwise vote buying. 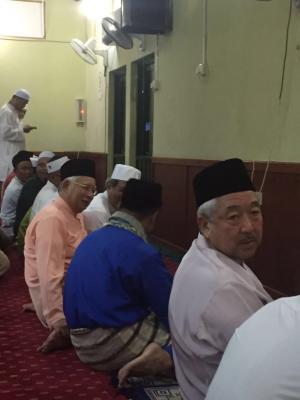 Rarely far from Najib’s side

The Yusuf family have entrenched themselves in the politics and economy of Sarawak, obtaining extensive timber concessions in the 80s thanks to Bustari’s role as a Taib crony and former PBB Treasurer. However, he soon raised his eyes to higher opportunities when Najib took office.

This site has already reported on how this unofficial contact of the Prime Minister is rarely far from Najib’s side, especially when matters become sensitive or difficult.

He is also the PM’s regular golfing partner and a former colleague and close male friend of Rosmah Mansor.

When the original 1MDB joint partnership deal with PetroSaudi was hatched back in 2009 on the yacht Tattoosh, Bustari was in situ as one of a handful of guests on board apart from Najib’s family, Jho Low and the PetroSaudi shareholders (the other was Robin Tan, son of the tycoon Vincent Tan).

Again, after the scandal exploded in 2015, when Najib made repeat journeys to Singapore to shore up his position and to try to release the 1MDB accounts, it was Bustari who came with him and played golf between meetings. 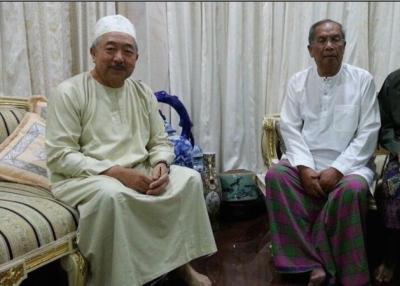 Bustari has been rewarded with pivotal opportunities at the heart of a number of Najib’s grand economic projects, most controversially as the barely concealed ‘turnkey’ operator behind the multi-billion dollar Borneo Highway project. Sarawak Report exposed his hidden lucrative role.

So, no surprise that it was none other than Bustari’s politician brother Fadillah, whom Najib had appointed as Minister of Public Works soon after the 2013 General Election when BN scraped back into power, largely thanks to holding Sarawak. The ministry governs all public construction contracts.

Later, during the Sarawak state elections of 2016 Bustari was again ubiquitous at Najib’s side, helicoptering with him around the state and lurking in the background of functions. He managed to be as close to the new Chief Minister Adenan as he had been to Taib, after all he was regarded Najib’s proxy. 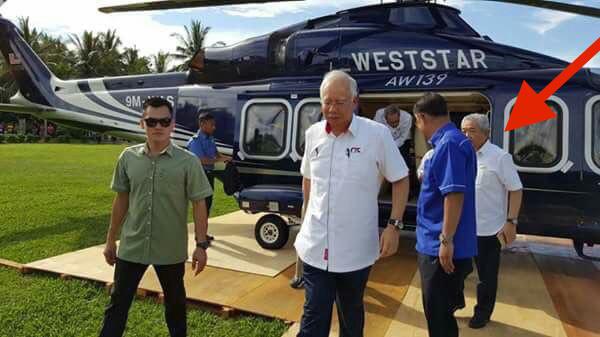 Sarawak Report also reported that it was indeed Bustari Yusof who was regarded as Najib’s ‘money man’, handling the traditional methods used in purchasing that election, as Najib traversed the state making promises and signing cheques.

Sure enough, the usual crackly notes were reported as having indeed surfaced on time to hand out to voters on polling day, in transactions favouring BN.

Therefore, few in Sarawak will be surprised to learn that Bustari Yusuf was the single individual, who received by far the most money from Najib’s slush account during the GE13 campaign, according to evidence obtained by official investigators.

On April 18th 2013 he received RM26 million, according to figures obtained from the Task Force investigations, then on April 29th he received a further RM30 million.

If Mr Bustari had a separate more meritorious purpose for obtaining RM56 million from the Prime Minister in the final fortnight of the election, apart from providing the cash handouts, which were reported around the polling stations of Sarawak, he is invited to contact us with the details.