Records obtained by Sarawak Report from the task force investigations into 1MDB reveal that on 25th October 2012 Prime Minister Najib Razak paid Sultan Hj Ahmad Shah Ibni Almarhum Sultan Abu Bakar RM2 million from his own named bank account, No 2112022009694, which was in turn funded by hundreds of millions stolen from the development fund 1MDB.

This is the Sultan of Pahang, who is the 86 year old ruler of Najib’s home state and a former Agong of Malaysia.

It brings the multi-billion ringgit scandal to a new level.  Hundreds of payments have already been identified as having been made to “ruling-party politicians” and to fund vote buying in elections.

Now it appears that even Malaysia’s constitutional rulers were receiving handouts from the Prime Minister from money stolen from Malaysia’s bogus development fund 1MDB.

The next payment on the list, a cheque that was transacted on 30th October, was a further RM2 million made out to the education foundation Yayasan Rahah, in the name of Najib’s mother.  Several more millions have been made out in a series of further payments to the same foundation.

Najib and his wife Rosmah are known to be extremely close to Sultan Ahmad Shah, who has given the politician consistent support over the years.  Such a significant personal payment from the Prime Minister of the Federation to the constitutional ruler of a constituent state raises very many questions of legitimacy and propriety. 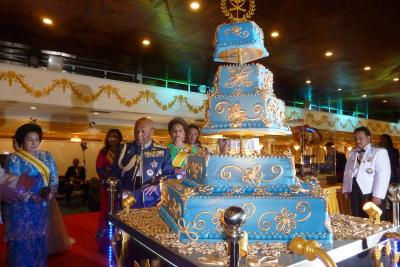 These concerns are made more accute by the fact that it is now known that the money was stolen from a public fund and had been borrowed at extremely high rates of interest.

There is no reason to suggest that the Sultan would have known the money was stolen.  In fact Najib still maintains, in the face of evidence produced by global investigators, banks and the US Dept of Justice, that the money was “donated” from a mysterious and anonymous Saudi Royal.

However, since Najib does not have any legitimate claim to great personal wealth, it begs the questions as to where the Sultan thought the money was coming from, why he accepted it and what it was for? 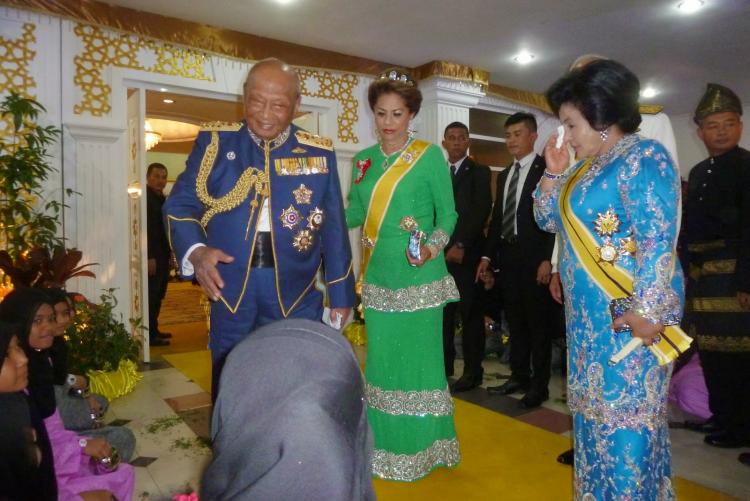 Reverered in Pahang, however the Sultan spends a lot of time abroad

Sources close to the family have confirmed that the Sultan of Pahang is known for his love of the ‘high life':

“He is called the ‘Sultan of London’ amongst people who know him.  He has spent much of his time there and is known to be a high roller in the Casinos.  He enjoys a lavish, opulent western lifestyle. He lives in luxury and travels in private jets, a constant spender”,

a former close associate of the family has told Sarawak Report.  So, perhaps the Sultan can confirm that the money received from Najib had a more meritorious purpose, which would perhaps allay some of the potential criticism?

However, concerns remain that Najib may have been using this stash of stolen public cash to ‘buy’ support within the crucial Council of Rulers, whose inaction over 1MDB has enabled him to so far weather the political storm caused by the swathe of criminal revelations.

The Sultan of Pahang has notably lead the rulers in publicly supporting Najib. This from the Singapore Straits Times in April 2015 at the height of the scandal:

The Sultan of Pahang has thrown his weight behind Malaysian Prime Minister Najib Razak, whose image has suffered a battering lately, urging his people not to “criticise without knowing the real issue”.

Pahang Sultan Ahmad Shah told his subjects to support the embattled leader, so as to maintain peace and prosperity in the country.

“Najib is a hardworking leader and I am very proud of him. Let us all pray that he remains in the leadership position,” Bernama news agency reported Sultan Ahmad as saying in Indera Mahkota, Kuantan.

“The rakyat (people) must support him, don’t criticise without knowing the real issue,” he added. It was not clear what “real issue” Sultan Ahmad was referring to. Datuk Seri Najib is a long-serving MP of Pekan, Pahang.

The Sultan’s backing was the first show of support from a member of royalty for Mr Najib, who has been feeling the heat over a number of scandals, including alleged fraud in the state-owned investment arm, 1Malaysia Development Bhd (1MDB).

Sarawak Report trusts that the Sultan of Pahang will issue a statement explaining the payment. 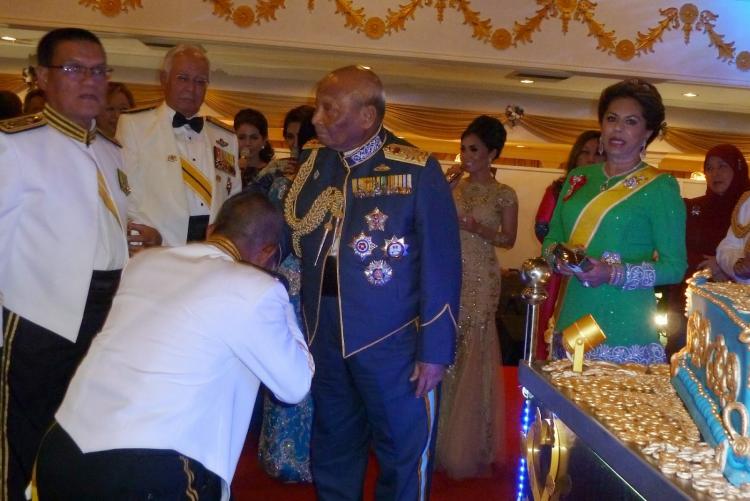 Pahang’s hereditory leading families appear to include not just the Sultan, but the Razak family also.